Hospitals are scary places even for most adults, so imagine how terrifying they are for children. The last thing any child wants is to have to spend their birthday in the hospital, but that is unfortunately exactly the situation that Nate Williams of Birmingham, United Kingdom recently found himself in. Thankfully, his parents were there to give him a birthday surprise that turned his day around big time!

Not wanting their son to have a bad birthday, Nate’s parents arranged for a pony named Olaf to come to his hospital room. Olaf definitely made Nate’s seventh birthday one that he and his family will never forget! 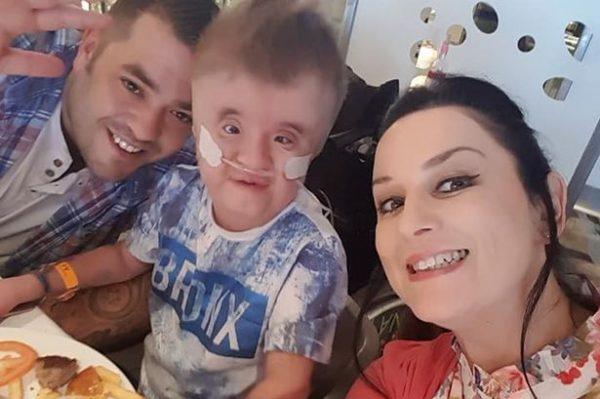 “Over the last few months, as Nate’s named consultant, we’ve been talking more about how we can help the family with memory-making for his health journey, with the knowledge that he has a life-limiting condition,” said Dr Zaf.”We’ve been working hard to turn the plans for ‘Project Pony’ into reality for a little while and we were all delighted to have made it happen.”

Nate was born prematurely, and he has been in and out of the hospital ever since with an undiagnosed life-limiting condition that impacts his heart, lungs, and gut. On top of that, he suffers from a rare condition called Klinefelter syndrome. 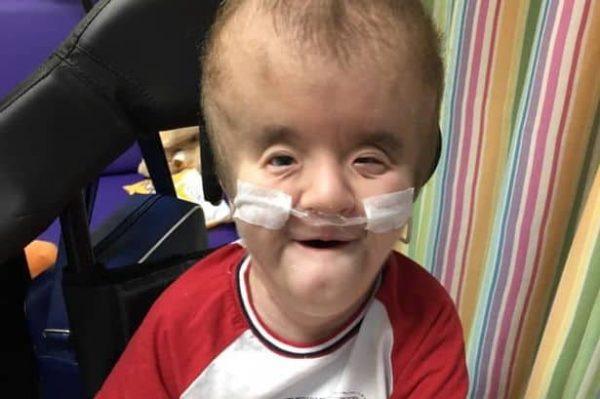 Joanne Williams, Nate’s mother, was touched that hospital staffers went above and beyond to help with his birthday surprise.

“We’ve been told ever since Nate was born that there’s always a possibility of the worst happening,” she said. “But he’s such a character, a real fighter. He might have more to come but, if this was his last birthday, it’s been one we’ll all never forget.”

Olaf actually belongs to Nate’s family, but he never expected the animal to get to the hospital ward.

“It was amazing for Nate, it really did make him smile,” she said. “He has such a bond with Olaf, a rescue pony who we’ve had since he was six-weeks-old. When it came to say goodbye he said ‘bye Olaf, love you.’ It was just so lovely.” 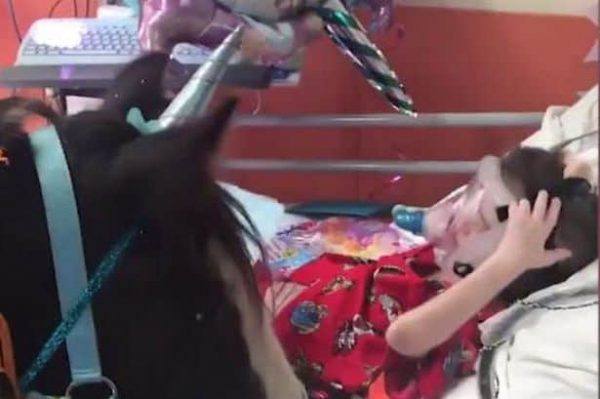 Nate is still fighting with everything he has, and this surprise gave him the strength he needed to keep going. Please keep this brave little boy in your thoughts and prayers!