Patrick Hennessey was recently on his way to work at 4:30am when he caught sight of two small figures on the side of the road. It was only when he got closer that he realized it was two dogs.

Concerned about the safety of the dogs, Patrick called 911, and two sheriffs from the Orange County, Florida responded. When Officers Boggs and Reed got to the scene, they found two pit bulls who were in a desperate situation. One of the pit bulls had been hit by a car, and the other one refused to leave the injured dog’s side. The dog who had been injured had a large gash in her leg, and when the dogs realized that the sheriffs were there to help them, they let the two officers approach. 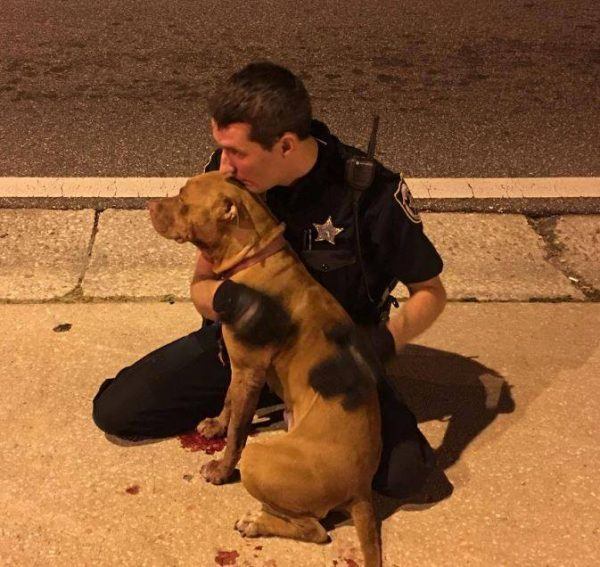 After giving some treats to the dogs, the officers quickly made friends with them. Instead of just loading the pit bulls into their cars, the officers decided to snuggle up to the dogs and comfort them. They saw that the dogs were wearing collars and had likely been abandoned, and their hearts went out to them. 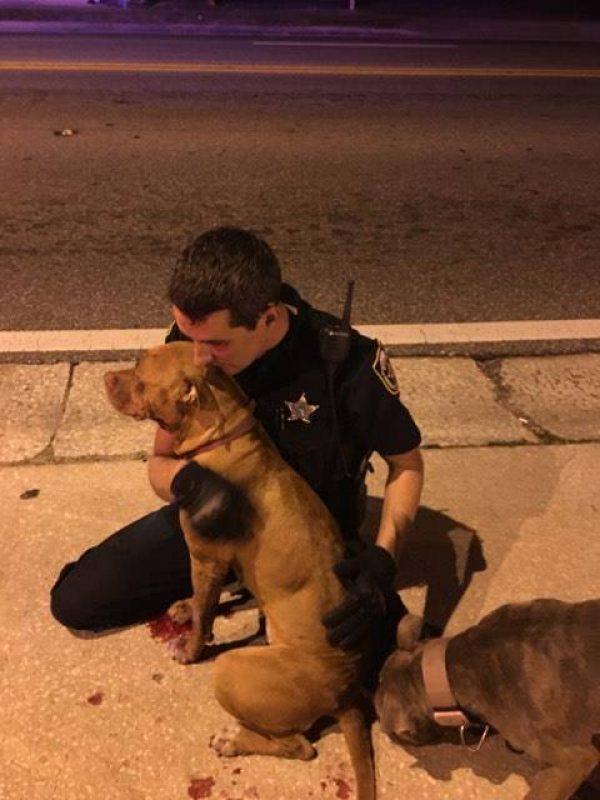 A random bystander named Adam snapped photos of the officers and sent the images to the sheriff’s office as proof of the sheriffs’ good deed.

“The deputies stood by with the dogs until Animal Services arrived,” he wrote, “these pictures I took depict a loving nature from our deputies and will tug at any animal lover’s heart strings. Thank you.” 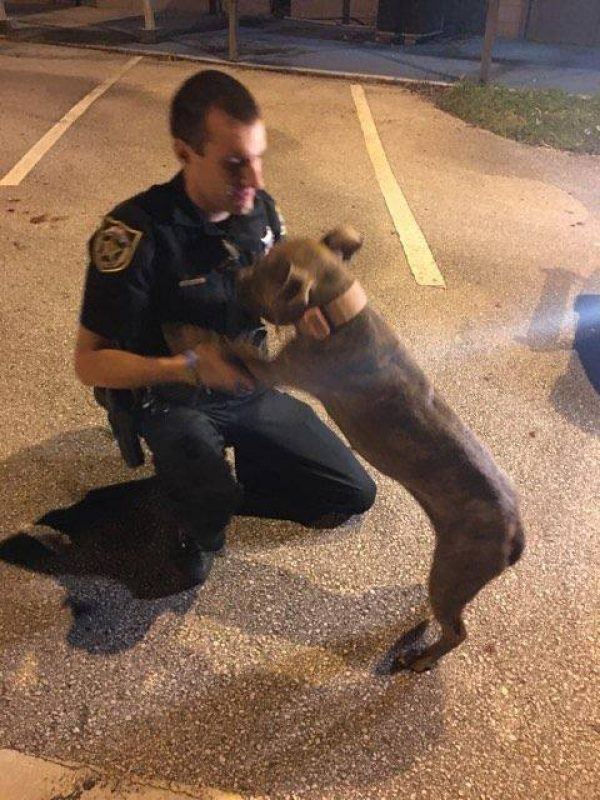 Animal Services eventually arrived and brought the dogs to their facility to get help. Boggs and Reed continued to keep track of the dogs, however, and they later went to visit them. As soon as the two officers arrived, the dogs recognized them right away!

The story has since gone viral, touching the hearts of people all over the world.

“Thank you so much Deputy Reed and Deputy Boggs,” said one commenter. “When you can extend a helping hand to not just humans, but other creatures as well, it says a great deal about your character.”

The dogs, who have been named Liberty and Justice, have since made full recoveries. 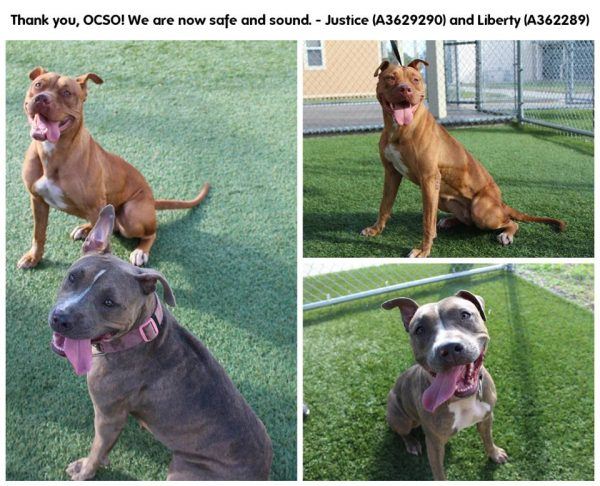 Check out the reunion between the officers and the dogs below.