“Bohemian Rhapsody” by Queen is known for being one of the most popular songs ever made. Recently, a young boy was about to play it on the piano at a train station when he was suddenly stopped by two men.

When the boy sat down at the piano at London St. Pancras International Station, the two men stopped him and asked him to play “Bohemian Rhapsody.” Ironically, this was the song that the boy had already planned on performing! Nobody in the area could have imagined that he was about to play it so perfectly, as the song is notoriously difficult to perform. 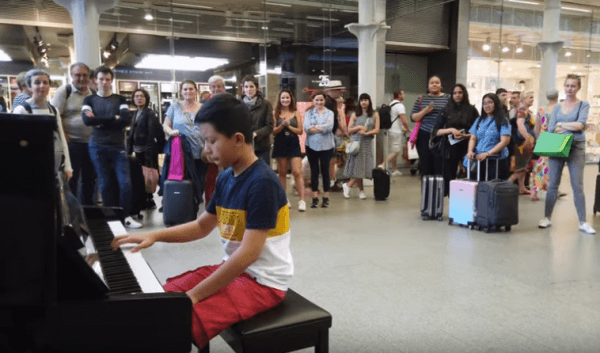 The boy in the video is 12 year-old Cole Lam, who is known for being something of a musical prodigy. Though he is not even a teenager yet, Cole is already well known as a singer, song writer, and musical composer. 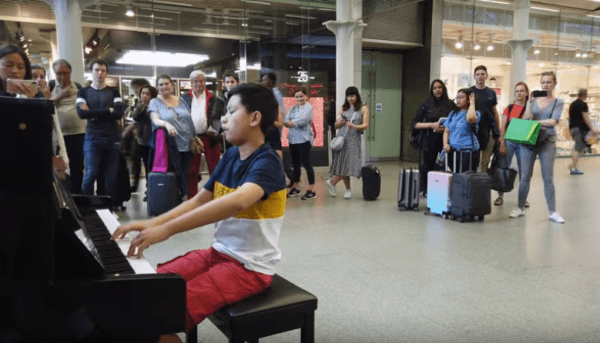 As soon as Cole touched the piano keys, it was clear that he was completely in the zone. At that moment, nothing else existed around him besides himself and the keys. He totally gave himself over to the song, and it paid off big time! 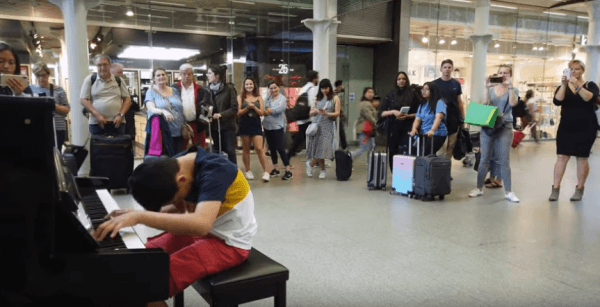 By the time Cole was finished, the crowd was very much transfixed by his playing, and they gave him the huge round of applause that he deserved. 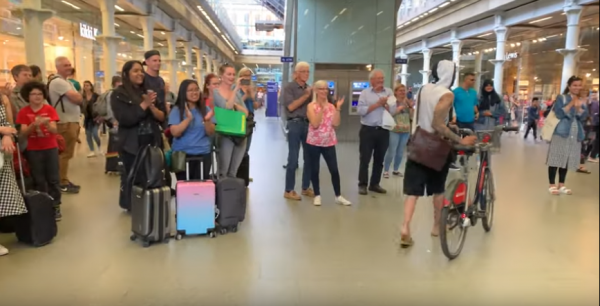 Video of his performance has quickly gone viral, being viewed over eight million times in just two weeks!