A California woman just got some serious revenge over her neighbors after they reported her for doing illegal short-term rentals.

After neighbors complained about what she was doing, Kathryn Kidd was fined $4,000 by the city of Manhattan Beach. Desperate for revenge, the furious Kathryn hired Bobby “Z The Art” Rodriguez to paint her house pink and place two enormous emojis on the front of it. One of the emojis has zipped lips, and the other has googly eyes and its tongue sticking out. It’s been said that the long eyelashes that the emojis have were included to make them look more like her neighbors. 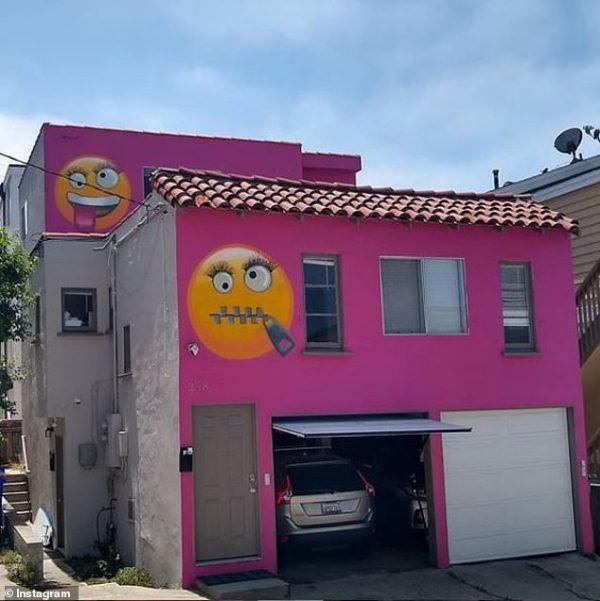 Despite all of this, Kathryn claims the art job had nothing to do with what her neighbors did.

“It’s a message to me to be positive and happy and love life,” she said. “I have eyelash extensions. The eyes are like a Mona Lisa eye. They kind of follow you.”

However, local residents are not buying this at all, pointing out that the hashtag #TheEmojiHouse was created right after the job was complete. The hashtag was seemingly created by Bobby, who included a note with it and a photo of the home.

“Are your neighbors constantly ratting you out? Have they cost you thousands in fines? Have you wanted to tell them off lately? Why risk a case, when you can hire me to paint them a pretty message?” he wrote. “No verbal confrontations, speedy turn around, open to photorealism [sic] and custom emojis. Hit the [direct message] for a free quote today.” 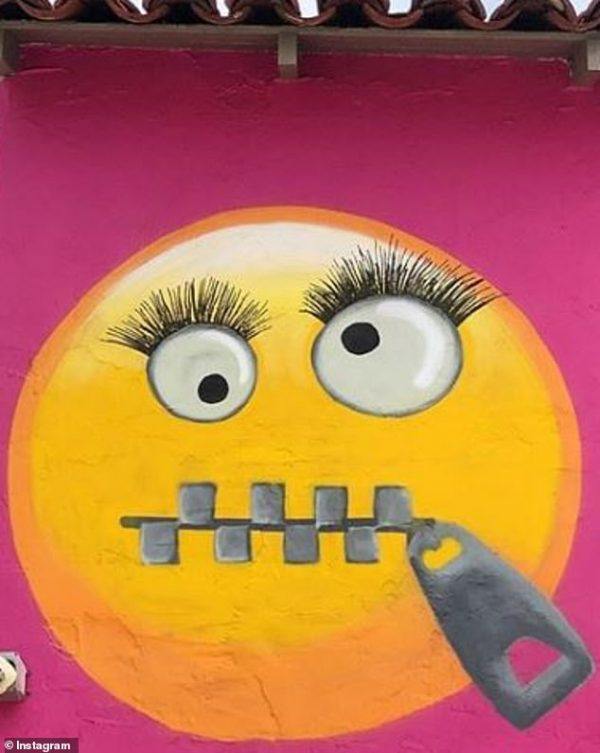 Dina Doll, one of Kathryn’s neighbors, did not see the house’s paint job as funny at all and described it as a public nuisance.

“We are all affected by somebody so blatantly violating just common decency,” she said. “I think right off the bat this is an illegal sign. She should’ve had that permitted.”

City officials, however, said that “there are no rules against” local residents getting creative with paint jobs on their homes. Kathryn’s tenant even said he loved it himself.

“I thought it was hysterical,” he said. “I didn’t really know any story behind it, but I just knew it was easy for my friends to find my place.”

Kathryn said she has no intention of getting rid of the murals, so her neighbors are stuck looking at them for a long time to come. Find out more about this in the video below.