Kari Falla is a dog groomer who was scrolling through Facebook one night when she came upon a post about a dog that had been found near her home in Oviedo, Florida. The dog’s fur was severely matted and full of fleas, and a leash had been embedded in his fur. It was clear to Kari that the dog needed her help, and she did not hesitate to leap to action.

Kari sent the man who found the dog a message saying that she would open up her salon and groom the dog. At midnight, she followed through with this and got right to work on the dog. 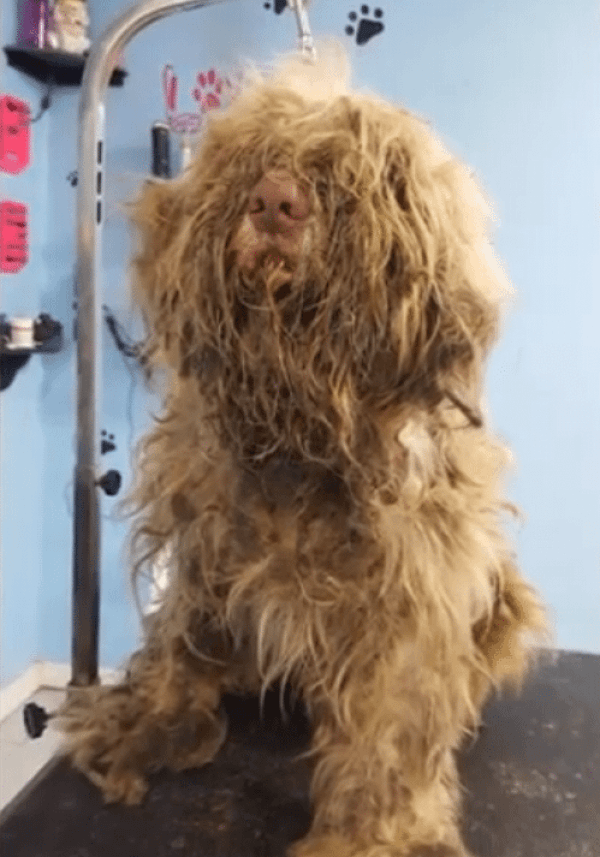 Kari could not believe how bad the dog’s mats were.

“They were soaking wet, infested with fleas, full of yeast infection and attached like a mummified cast,” she wrote on Facebook. “The smell was horrendous.” 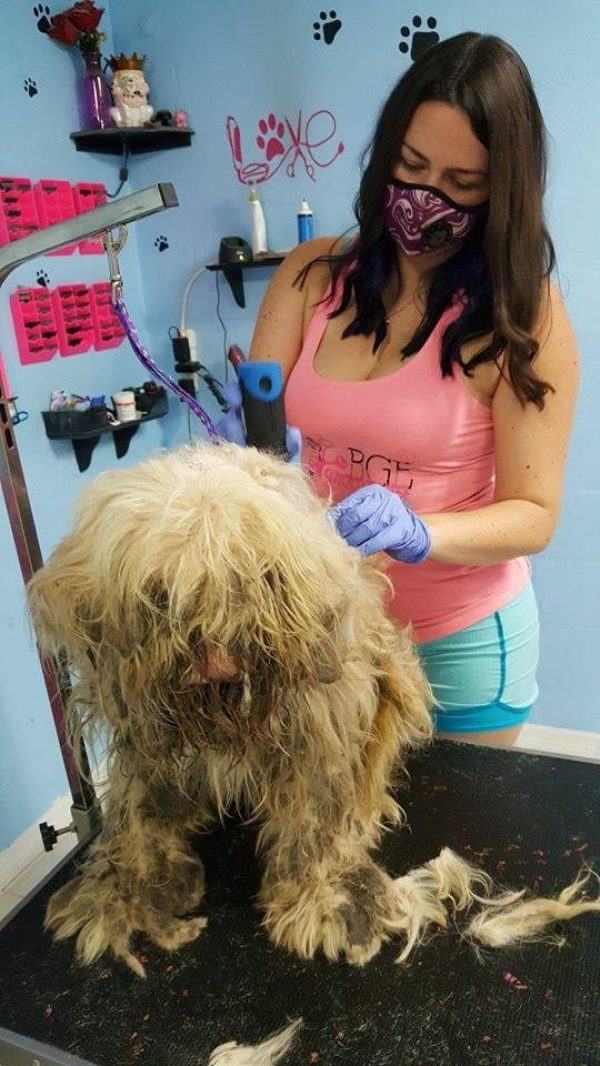 Kari worked through the night, and by the end, she estimates she shaved off 20-25 pounds of fur. By the time she was done, the dog looked like a totally different animal! 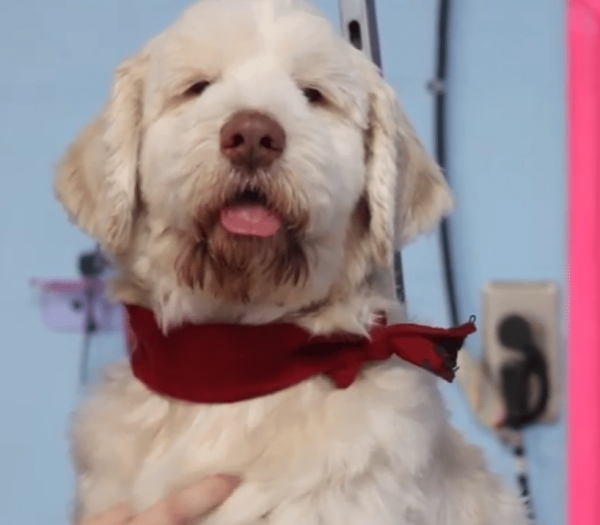 Once Kari was finished, the man who found the dog took the animal to the vet, and it was only then that he learned the canine was blind and deaf. The vet said that it was a miracle that the dog survived so long on the streets without being able to see or hear, and that’s why they named him Lucky. 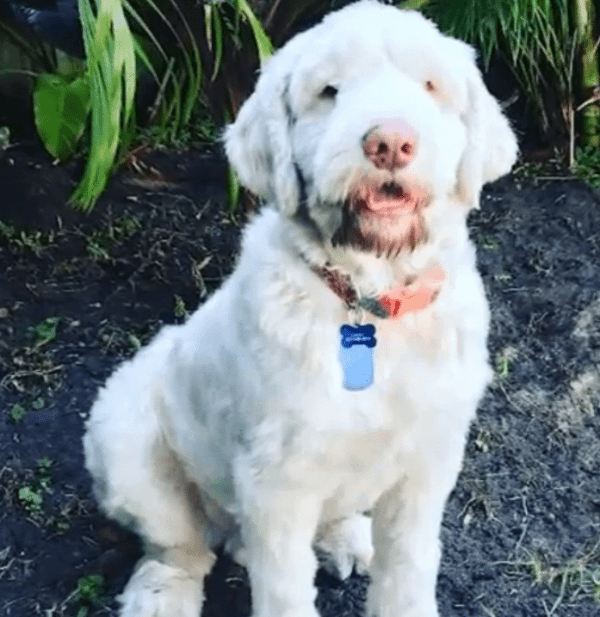 The story of what Kari did went viral once it was posted online, and she found herself flooded with offers for donations to her salon. She refused to take any of the money, however instead insisting that all donations go towards Lucky’s veterinary care.

“We always groom rescue dogs and shelter dogs for free, so as soon as I found out, it was a no-brainer,” Kari said. “We believe in paying it forward. Sharing a little bit of kindness goes a long way. And in this case, it saved a life.” 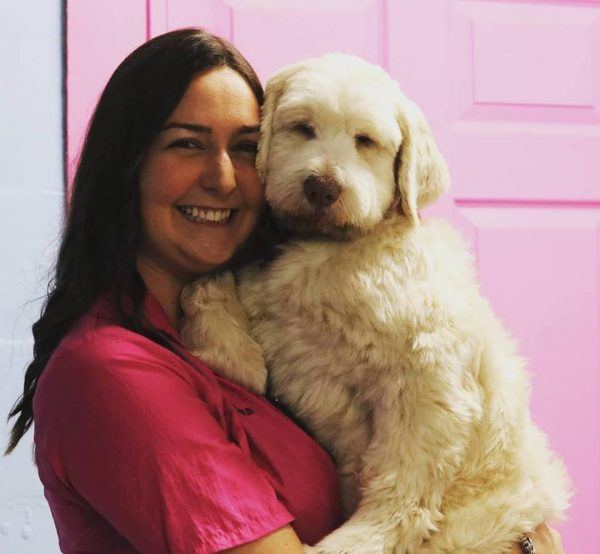 Thankfully, Lucky’s story has had a happy ending, as he was adopted by the man who found him. These days, Lucky is loving life in his forever home, where he enjoys playing with his sister ChiChi.

Kari still sees Lucky often, and she’s agreed to groom him for free for the rest of his life.

“It was a no brainer that we would honor free grooming for Lucky for the rest of his life so he never has to go through that again and humanity doesn’t have to fail him,” she said.

Despite all that he has been through, Lucky is still a happy dog who loves humans. We wish him the best of luck in the years to come!