At certain points in our lives, we all find ourselves needing some help from others. Especially when we are sick, it’s nice to have those around us pick up slack and help us out. This is particularly important in farming communities, as being a farmer is a job that is physically demanding.

Larry Yockey is a fourth-generation farmer from Ritzville, Washington who was diagnosed with stage four melanoma earlier this year. This is an incredibly serious form of cancer, and though Larry tried to continue working his 1,200 acre farm, his body just couldn’t handle it. It seemed like his harvest was going to be ruined, and Larry was beginning to panic about how much he would make this year, but then his neighbors stepped in.

“The cancer has spread to my bones, so I have a broken hip and ribs,” Larry said, adding that his cancer left him unable to work. When he told his neighbors about his situation, they knew they had to do something.

“They stepped in unbeknownst to me and said don’t worry about the harvest, we’ll handle it for you,” he said. In the months before his harvest, sixty of his neighbors used their equipment to harvest his 1,200-acre farm. Since they all came together to do it, they were able to do three weeks’ worth of work in just six hour. This meant the world to Larry, and their kindness is something he’ll never forget. 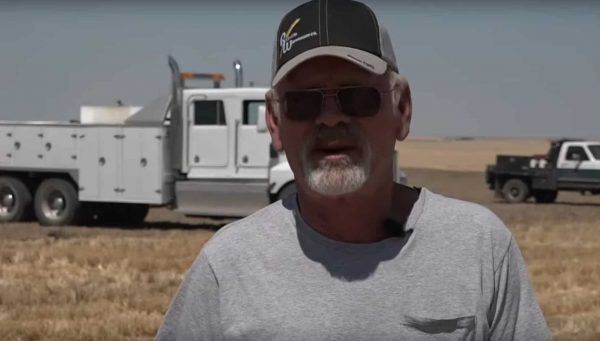 “It’s not describable the gratitude I have for what’s going on,” Larry said.

Find out more about this inspiring story of friendship in the video below.