Few things are worse for a child than nobody showing up for their birthday party. Sadly, this is exactly the situation that 9-year-old Christian Larsen thought he was about to find himself in, but then an entire football team turned everything around for him.

Though Christian has a few friends at school, he thinks he went a bit over the top when it came to inviting people to his birthday.

“I was like ‘please come to my party, pleeeease,’” he said. “I was like that. Because of that face to face interaction, I think they were a little disgusted and weirded out.”

In the end, only one of his friends responded to the invite. 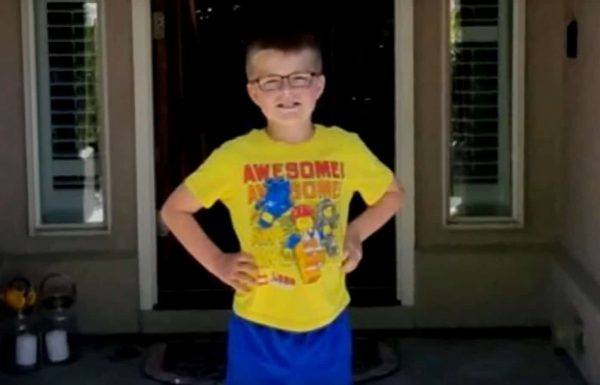 Lindsay Larsen, Christian’s mother, was not about to give up this easily. She knew that her son’s autism made interactions with other children difficult for him, but she still could not allow nobody to show up to his party. That’s why she posted his birthday invitation to Facebook, hoping that at least one person would find it in their hearts to come. She was then stunned when a football coach responded. 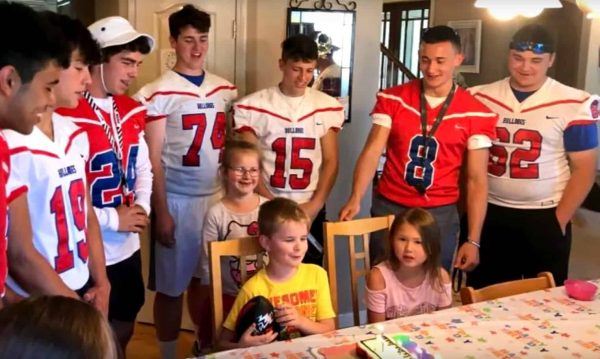 “I was trying to think if there was a way I could bow out,” Lindsay added. “But then [the coach] wrote to me and he sounded so sincere. And he said that his players really wanted to come.”

Christian was over the moon when the football team showed up, and they even gave him his very own football as a present. This was definitely a birthday that he will never forget. 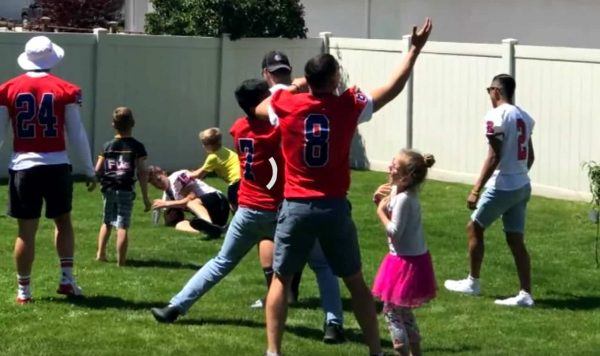