62 Year-Old Woman Stuns Everyone By Getting Ultra-Glam Makeover

Diane is a 62 year-old woman who spent years focusing all of her attention on raising her family, and like many women her age, she didn’t feel like she had the time to maintain her own physical looks. Once her family was grown, Diane decided that it was time to do something for herself, so she went to the salon of The Makeover Guy himself, Christopher Hopkins. 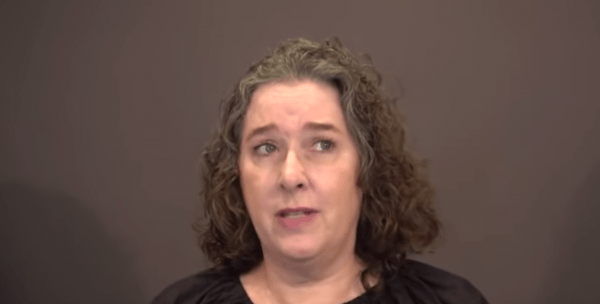 Wanting to change her life, Diane went to Christopher’s world-renowned studio in Minneapolis, Minnesota and put all her trust in him.

“I haven’t done anything for a while except focus on the stuff that I should be doing, and now I’m going to do what I want to do,” she explained.

Christopher was the perfect person to go to for help in this situation because he specializes in giving makeover to women over the age of 45. Diane’s main concern when she sat down in his chair was her curly and uncooperative hair, which she’d pretty much given up on and just tied back each day. Diane even said that “it’s hard to look sophisticated with curly hair,” but Christopher knew just what to do with it.

When Diane saw the results of her makeover, she could not believe how amazing she looked!

“I don’t know who this person is. I knew this would be exciting and amazing but I had no idea I could look like this,” Diane exclaimed.

She went on to admit that she looked decades younger thanks to the makeover.

“I never looked like this. I never dreamed,” she said. “I’m really happy. I just feel like I’m 20 years younger. Time to get out there and find a companion. And so now I feel much more confident that I can go out and do that.”

Diane added that she had long dreamed of recapturing the sparkle in her eye.

“And you’ve achieved that. You’ve given me that sparkle and glow that you just lose over time,” she told Christopher, who knew from the start that this would be a special makeover.

“When Diane walked in I said, ‘You look like Elizabeth Taylor!’ She laughed and thought I was crazy,” he recalled. “She really just came in for a haircut, but I squeezed in the makeup and color because, well, because I think I was right.”

Yes he was! Check out the makeover for yourself below.