Mothers everywhere are known to worry about their children when they are traveling abroad. To ease his mother’s worry mind, one young traveler has found a hilarious way to let his mother know that he is alright when he is away on his adventures.

Jonathan Quiñonez has never been great about texting, which is why he decided to create an epic photo series to let his worried mother know that he is doing just fine. 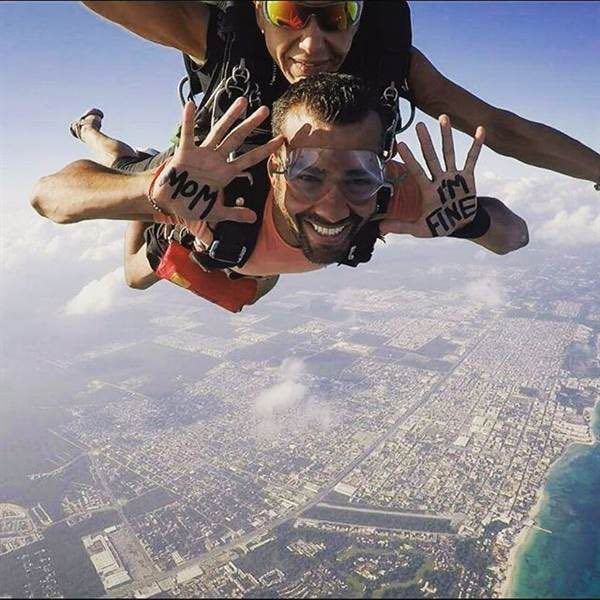 The 27 year-old adventurer was previously working as a consultant in Belgium when he grew tired of the monotony and decided to quit in favor of instead traveling the world. First heading to Cuba, he has since done things like scuba diving in Panama, hiking in Machu Picchu, sky diving in Mexico, and surfing in Brazil. 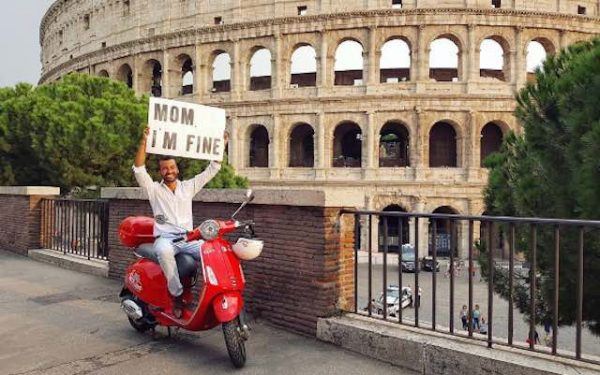 Wherever he goes, he poses with a sign that says “Mom I’m Fine” and posts them to Instagram for his 62 year-old mother to see. These days, she’s not the only one looking at his photo updates, as he also has 361,000 Instagram followers who love to watch his adventures as well. 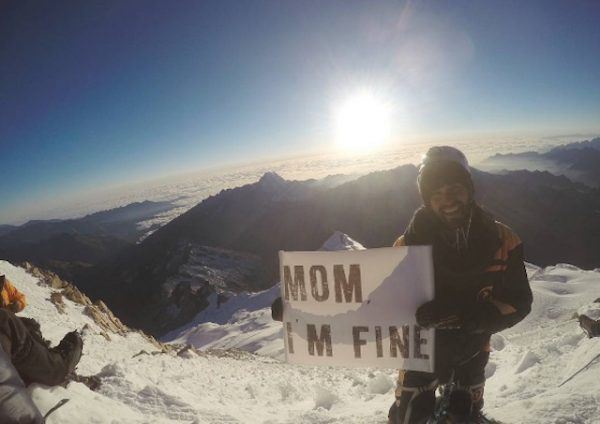 Jonathan said that while his mother has always encouraged his passion for adventure, she worries about her son just like any other mother would. She sure has a lot to be proud of now, because not only did she raise a caring and loyal son, she also raised a viral sensation! 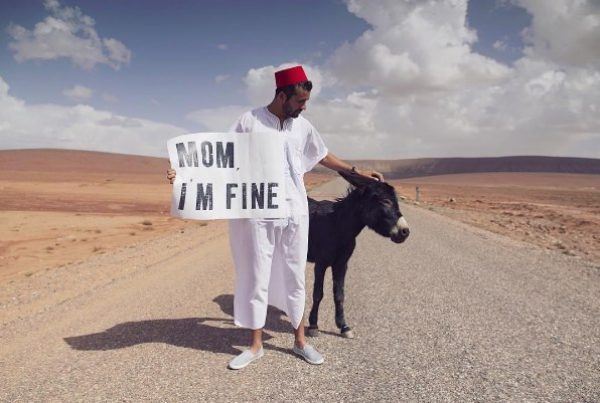 Jonathan’s passion for adventure and love for his mother is something that we can all learn from. We wish him many years of adventures to come, and we hope his mother has learned not to worry about him too much!

If I quit everything 2 years ago, it was to live experiences like this one! And as the projects of this year are going to be epic, I just created a YouTube channel (bio) to be able to share more experiences, tips etc. I hope you will like it 😊 Thank you @aquaworldcancun for this experience 🇲🇽 #momimfine #mexico #shark #dive #nature #beautiful #experience #cancun #happy