Woman Divorces Husband After He Calls Her Fat – Loses 126 Pounds

A woman from the United Kingdom just underwent a massive body transformation after divorcing her husband when he called her fat.

Lisseth Exposito knew that her weight was out of control, but that did not mean her husband Jose had the right to belittle her for it. After becoming pregnant with her first child at the age of 25, Lisseth began joining her husband in indulging in full English breakfasts, fast food, and other unhealthy meals. While Jose did not gain weight from this, Lisseth was not so lucky.

As Lisseth gained weight, Jose withheld affection and began emotionally abusing her, calling her “fat” to her face. The stress of this only made Lisseth, who is from Northfleet, Kent, turn to food even more.

“I’d catch Jose looking at me in disgust,” she recalled “As I ate my dinner on the sofa, I’d hear him mutter ‘fat girl,’ as crumbs bounced off my belly.” 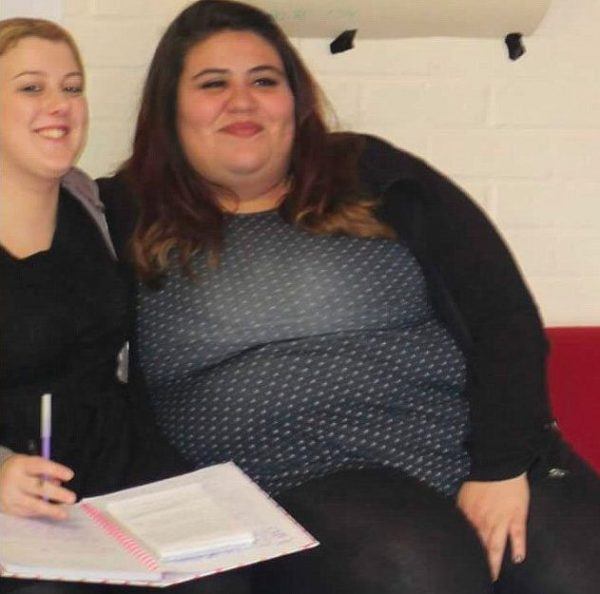 Over time, the cruelty only got worse.

“It started with little digs, but soon it was cruel jibes,” she said. “I was desperate to be the curvaceous hourglass girl he had fallen for, but I had no willpower or self-esteem to diet.”

Things soon got so bad that Lisseth was consuming over 4,000 calories a day.

“Jose wouldn’t show me any affection and food became even more of a friend,” she said. “The words made my stomach flip and I hit an all-time low. Food became the only thing to give me a moment of happiness. I was eating around 4,000 calories a day.”

One day, Lisseth found text messages to another woman on Jose’s phone. When she confronted him about it, he blamed her weight.

“I got hold of his phone and found myself scrolling through texts, and hundreds of incriminating texts littered his inbox,” she recalled. “I felt disgusted, but something changed in me. When his key turned in the door that evening I pounced and told him what I’d found. He didn’t deny it and told me it was my fault as I was so fat. He told me I’d always be ugly. I was devastated, but determined. This man would never hurt me again.”

Lisseth managed to get the strength to file for divorce, and after that, she decided to change her life. Doctors said that she was big enough that she could have gastric bypass surgery, but Lisseth didn’t want to take this risk. Instead, she changed her lifestyle and eating habits, and she proceeded to lose 126 pounds!

When her ex-husband saw how much Lisseth’s body had changed when he would pick up their daughter, he started hinting that he wanted to get back together. Lisseth, however, was not having any of it.

“Every weekend, Jose would pick up Lissmar and do a double take as he looked at me. Then one Friday he told me I was looking hot,” she said. “I closed the door on him. I would never let him back in my life. I am a role model to my daughter and I proved him wrong.”

Now, Lisseth is loving being single and free from the emotional abuse she suffered. She is hoping that her story will inspire other women to escape emotionally abusive situations like she did.