Wildlife Photographer Snaps Photo Of Him Napping With Cheetah

There are some people out there who love animals so much that they’ll do anything to be near them, regardless of how dangerous it is. As you are about to find out, wildlife photographer Dolph C. Voker is one of those people!

Dolph has loved animals all his life, and he even has a degree in zoology.

“Began after watching my first dog die in my arms. It changed me,” Dolph explained. “All life has greater meaning now. Consistent repetitive, compassion, love, and respect.” 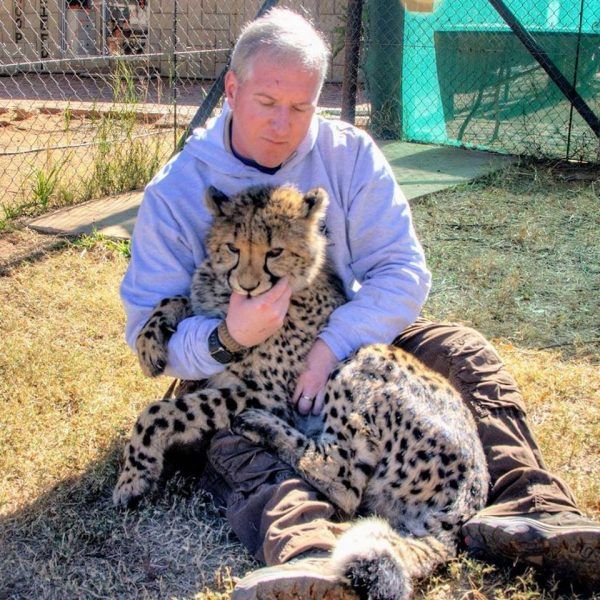 Dolph’s love for animals led him to volunteer at the Cheetah Experience in South Africa. This is a sanctuary that raises awareness for endangered species and ethically breeds cheetahs in captivity, and it didn’t take Dolph long to develop a passion for the animals.

Dolph lives in the United States and has a full-time job there, but he saved up all of his money so that he could spend his vacation time volunteering at The Cheetah Experience. 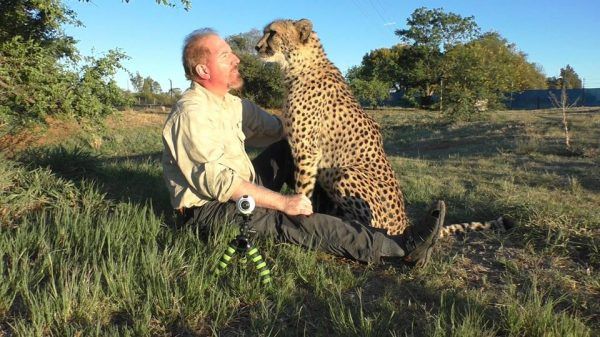 One of the many friends that Dolph has made at the sanctuary is a cheetah named Eden, who first approached him as he napped beneath a tree. Eden liked Dolph right away when she snuggled up to him, and they have been friends ever since! 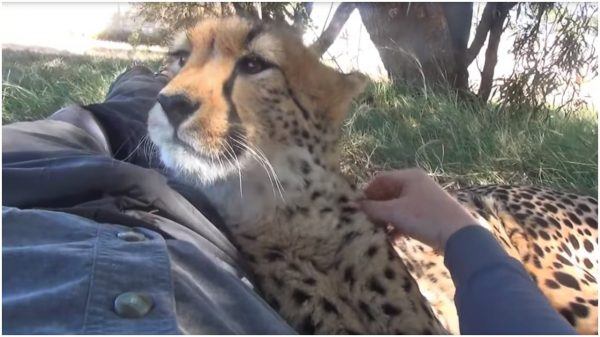 Sometimes Eden even nibbles on Dolph, but he’s used to that now.

“True to Eden’s nature, she warmed up to me in days and ended up really liking me, so much so that I was able to trust her completely,” Dolph said. “The more she felt comfortable with me, the more she treated me just like another Cheetah which included the grooming, nibbling, biting, pacifying, purring, laying on me, and sleeping… cuddling up close to me. I’m amazed how much more interactive and affectionate Cheetahs are compared to the average domesticated cat.” 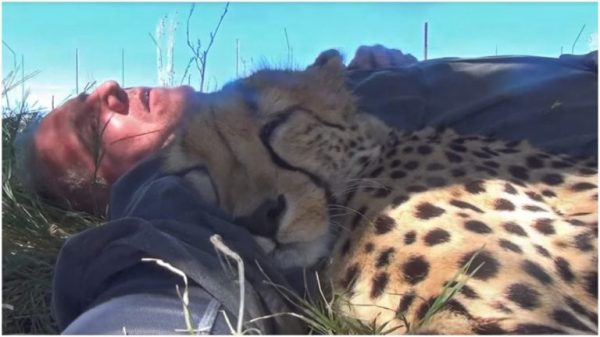 Dolph is one brave man to let Eden bite on his ear, but he doesn’t think much of it.

“I had no idea Cheetahs were so special. I’ve fallen in love with them,” he said. “It’s an incredible species that truly deserve help, support, and protection.” 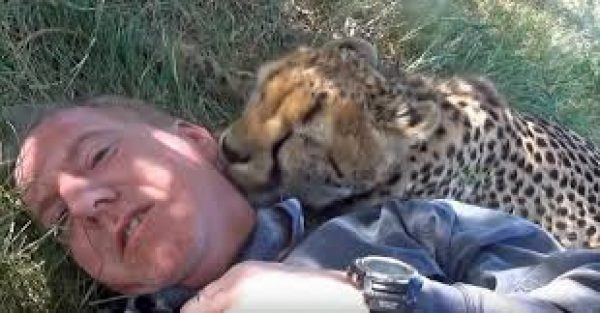 Dolph has spent so much time with cheetahs that he calls himself “The Cheetah Whisperer.” He’s even bought his own cheetah, and he plans to open his own non-profit cheetah breeding center in South Africa.

“I am the legal owner and guardian of Gabriel The Cheetah,” he said. “He is the first member of my cheetah family to become a part of my breeding project. He is my foundation animal. I’ve known Gabriel since he was eight months old and we hit it off from week one. He will be five years old Aug of 2018. I have special plans for Gabriel and those that follow him to live a life close to freedom as possible and show them what it is like to be a cheetah.”

Check out Dolph’s cuddle session with Eden in the video below.