Anyone who has ever travelled on an airplane knows how annoying it can be to deal with impolite fellow passengers. Now, a toddler is going viral for going off on one disrespectful passenger and saying something that we’ve ALL wanted to say at some point!

Rodney Small is a 4 year-old boy from Houston, Texas who was flying home with his dad after a trip to Orlando, Florida. As little Rodney sat in his window seat, he was horrified to see that the woman behind him had put her bare feet on his armrest!

“Some stinky feet behind me,” Rodney said with a mischievous smile as his father laughed. “It’s a lady!” 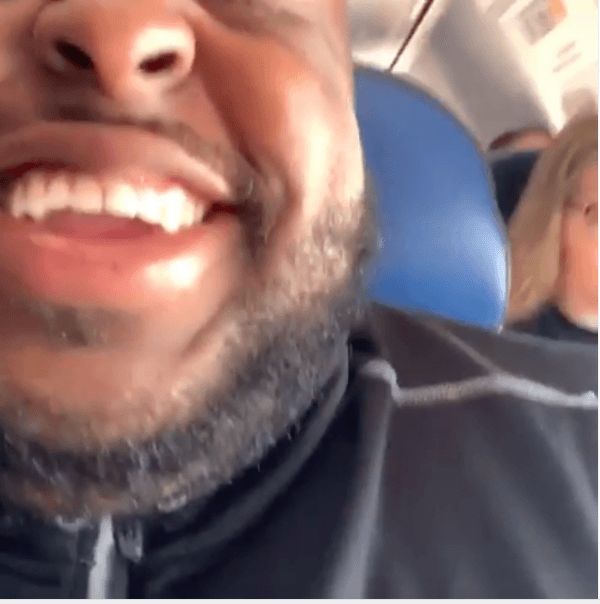 Not stopping there, Rodney decided to confront the woman.

“Why do you have your feet behind me?” he asked her.

Rodney’s dad Darryl captured the moment on video and posted it to Instagram, where it quickly went viral. Darryl explained that after the video ended, the woman took her feet down and apologized. He said she had been on her iPad and did not seem to realize that she’d put her feet on Rodney’s armrest.

“I turned around so her feet could get off my seat,” Rodney explained.

“We weren’t offended or anything, it was just his reaction,” Darryl added.

Darryl said that he had brought his camera along to capture Rodney’s first reactions to Disney World, and he never expected to actually capture a viral moment.

“Knowing his spontaneous attitude, there’s no telling what we’re going to get from him so for me, like Snapchat and everything, I always have the camera rolling,” Darryl said.