Stray Dog Who Was Adopted By Monastery Becomes A Friar

Back in 2017, a Franciscan monastery in the Bolivian city of Cochabamba made headlines around the globe when they adopted a stray dog they named Carmelo. Now, an adorable update has come in about how Carmelo is doing today, and it’s touching the hearts of people all over the globe! 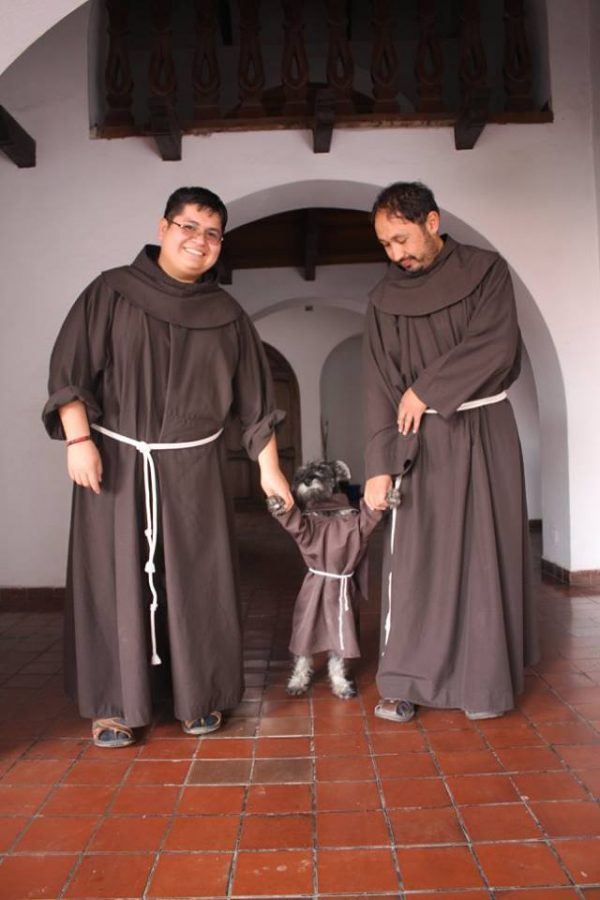 The monastery is named after St. Francis of Assisi, the Patron saint of Italy who was known for his patronage of animals and nature. That’s why it’s only fitting that the monastery adopted Carmelo, who has been given the nickname of “Friar Bigotón” (which is Spanish for mustache). 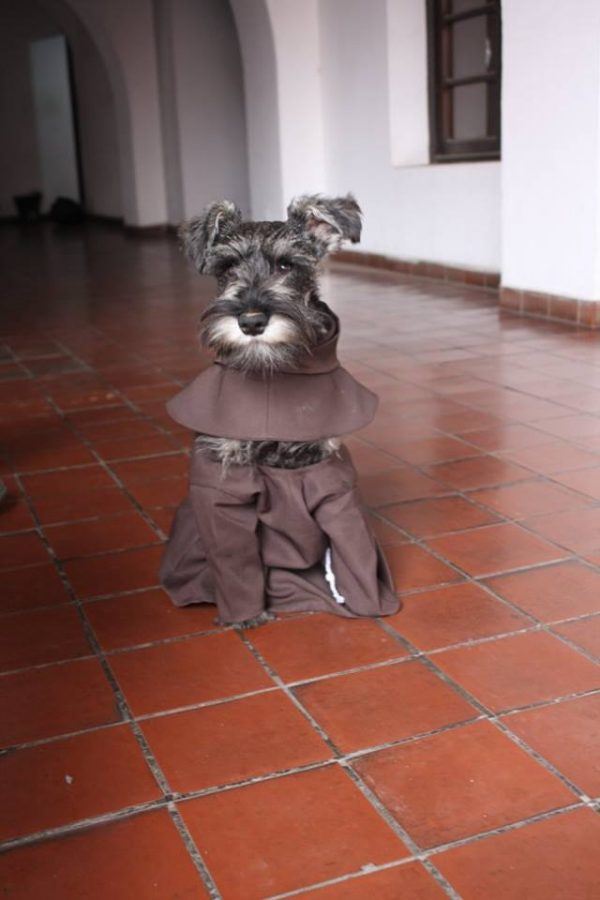 Carmelo loves being the monastery’s mascot, and he even wears a tiny Franciscan habit around the grounds!

“His life is all about playing and running,” said Jorge Fernandez, a fellow friar. “Here, all of the brothers love him very much. He is a creature of God.” 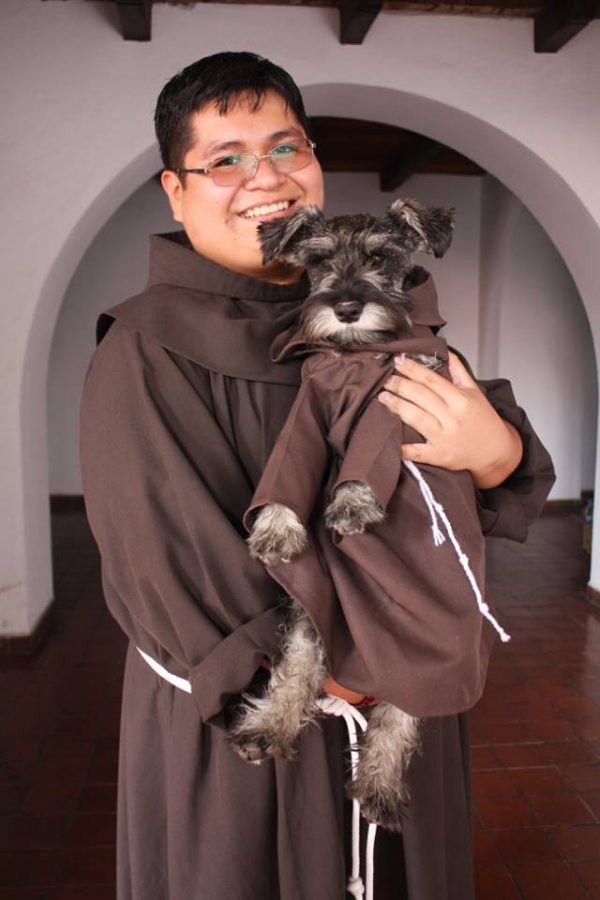 The monastery regularly posts photos of Carmelo running around the grounds and “preaching” to the fishes in their pond! 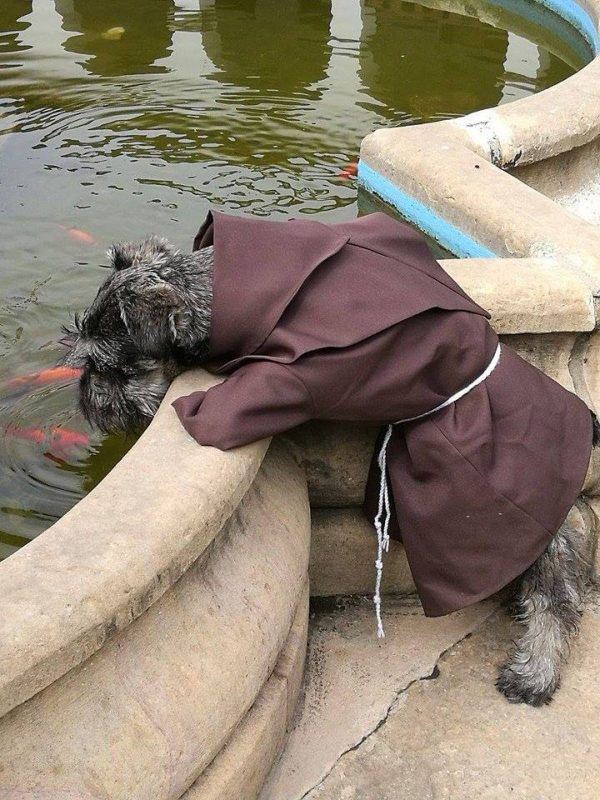 The friars want the world to know that they don’t dress Carmelo up every day, and that they only got his habit from one of their puppets.

“We had some puppets in the church that we used to amuse children, and one of the puppets was wearing a habit, so we thought we’d use it,” said one of their friars. 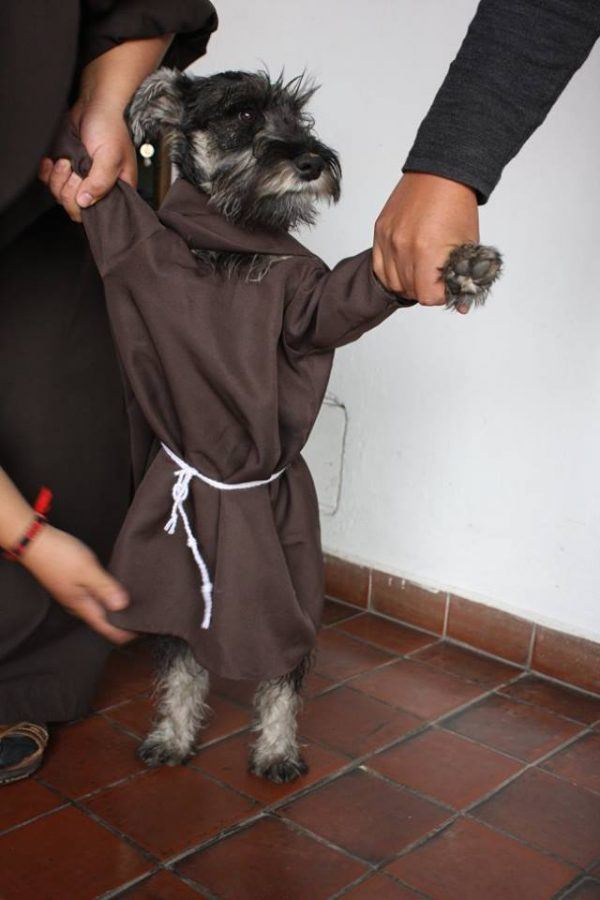 They also said that while they love Carmelo dearly, he does have a mischievous side, as he loves nipping at robes and hiding things in the garden. Clearly, he did not take a vow of obedience! 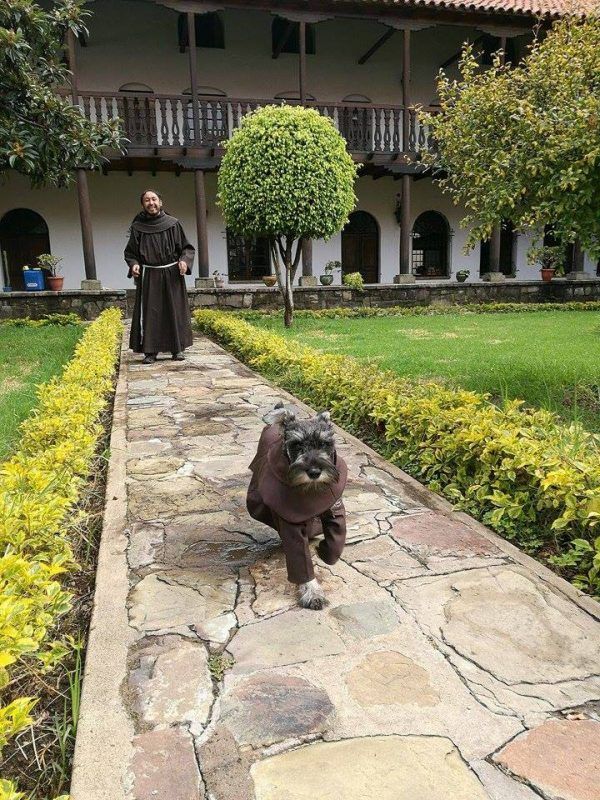 The friars are hoping that Carmelo’s story will inspire others to help out stray dogs.

“If only all the churches of our country adopt a dog and care for him like Friar Bigotón,” the group wrote in a social media post, “we are sure that the parishioners would follow his example.” 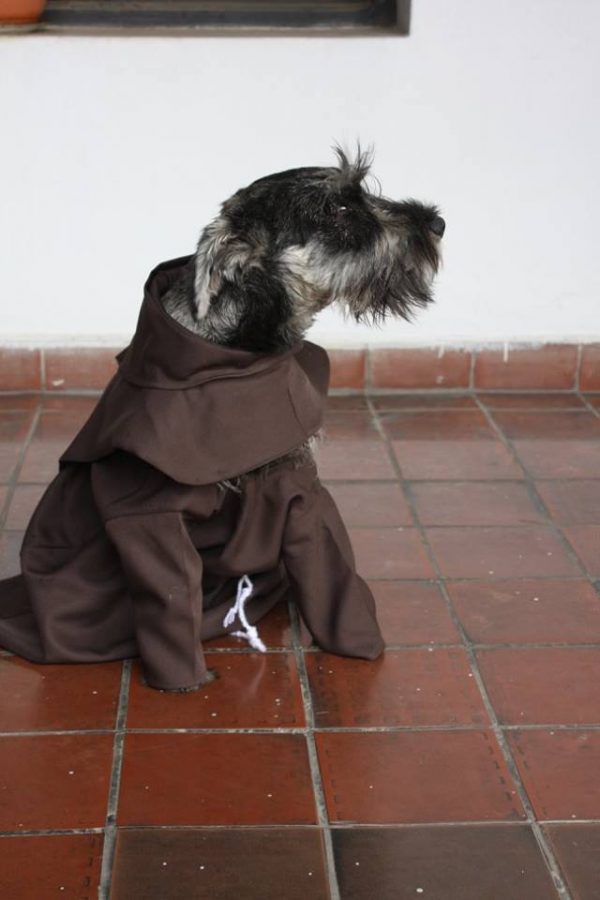 We wish Carmelo many years of happiness to come!