Cats aren’t exactly known for being the friendliest creatures, but a new story is going viral that shows that oftentimes, they are as friendly as can be!

A stray calico cat recently broke into a zoo in St. Petersburg, and once inside, she proceeded to make best friends with a lynx. Since lynxes are wild animals, this story easily could have had a tragic ending, but this lynx in particular grew to love the stray cat.

When zookeepers arrived the next day, they found the lynx lovingly licking her stray cat friend. Realizing what danger the cat was in, they immediately removed her from the lynx’s enclosure. 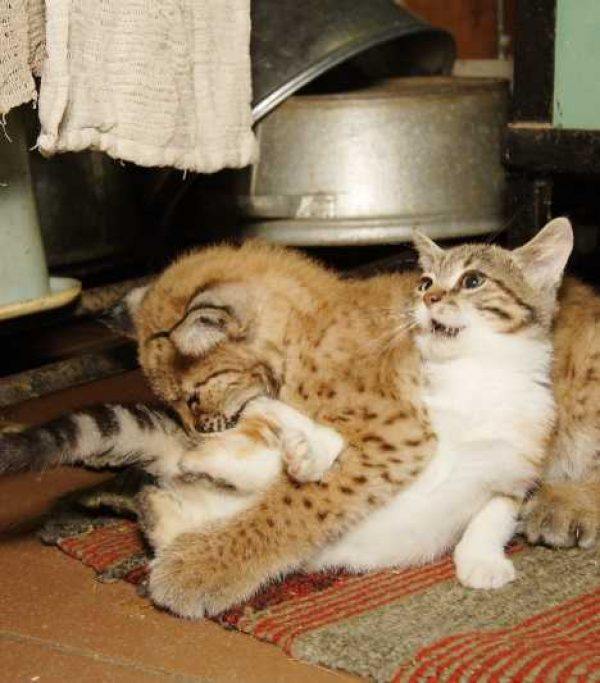 However, much to everyone’s surprise, the stray cat quickly managed to sneak back into the enclosure! Once this happened, the zookeepers decided to allow the two friends to remain together. Since then, thousands of visitors have come to see this unlikely friendship for themselves. The lynx is named Linda, and the cat has just been named Dusya!

Linda and Dusya first became friends way back in 2007, and they remain inseparable to this day! The pair have also become viral sensations, inspiring people all over the world with their friendship.

This story serves as a reminder that friendships can form in the unlikeliest of places. Just because two creatures are different species, it does not mean that they can’t create a strong bond that inspires those around them. In the end, we have a whole lot more in common with other creatures than we might think!

Find out more about Linda and Dusya in the video below.