Dogs have always been known as man’s best friend, but a new story is going viral that they can be owl’s best friends as well!

Ingo is a large Belgian Shepherd dog, but he has not let his size stop him from bonding with a tiny owlet named Poldi! Professional animal photographer and artist Tanja Brandt from Germany recently took some photos of the pair, and the images quickly went viral, stealing the hearts of internet users everywhere. 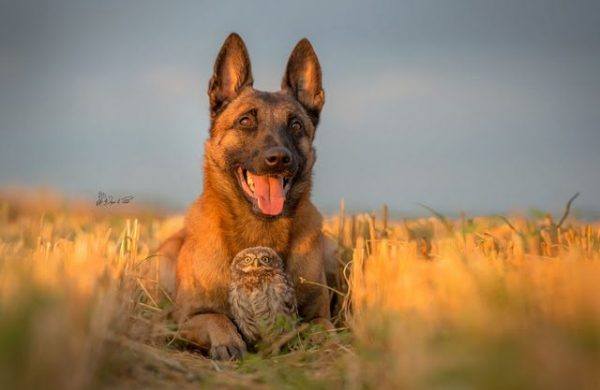 Poldi is just one year-old, and Tanja described the two animal’s relationship as “protector-protected.” Tanja explained that Ingo always keeps Poldi close and watches over him, while the owlet “doesn’t know how to live free.” Poldi is much more vulnerable than his siblings, as he hatched two days later than they did and ended up being quite a bit smaller. 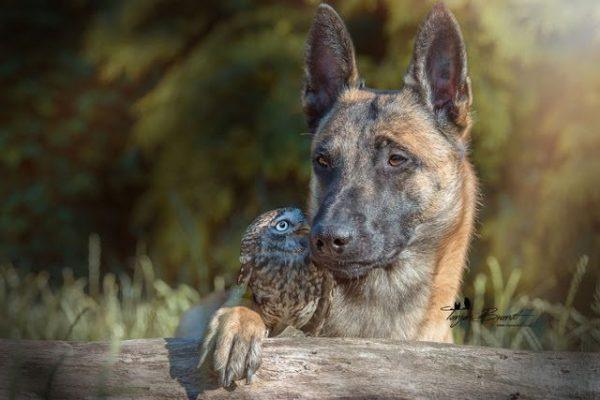 While Poldi needed more care and attention, Ingo has always been an independent dog who loves protecting others. He comes from a family of police dogs, and he has had his own share of struggles in life. 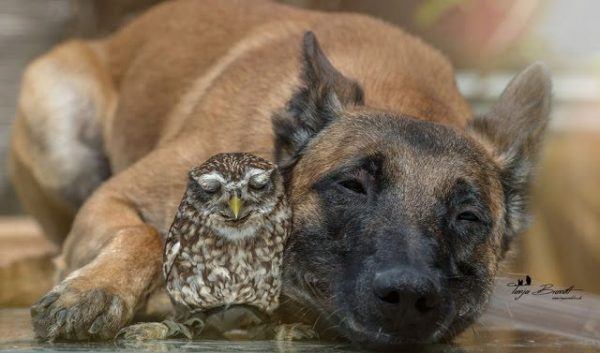 “They respect each other and they can read each other,” Tanja said of the two.

It’s clear from the images that Poldi takes care of Ingo in his own way, as he can be seen snuggling up close to the dog. It’s obvious from the photos that Poldi likes to keep Ingo close to him as well. 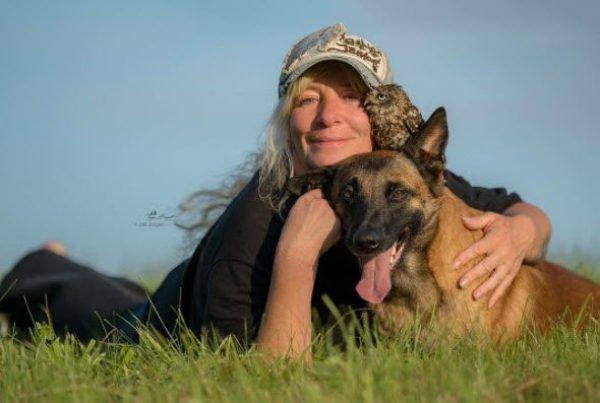 Tanja often posts updates about Poldi and Ingo on her website and on her social media pages. Though she takes photos of many different animals, Poldi and Ingo are the ones who mean the most to her. 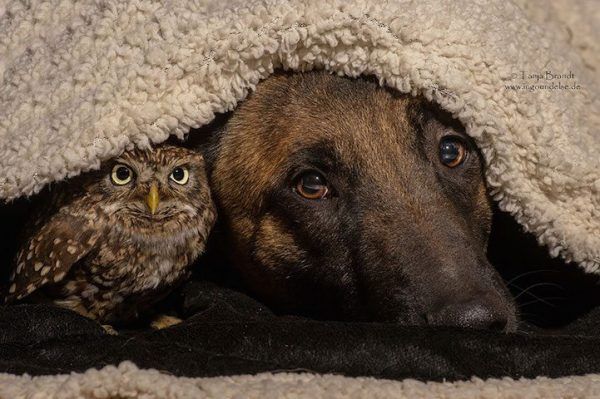 It’s always fun to see animals that are different species put their differences aside to become best friends. We wish Poldi and Ingo many years of happiness to come!