Mom Checks In On Toddler – Finds Rescue Dog Sleeping With Her

Every pet owner has experienced the panicked feeling that comes when you can’t find your animals. While cats are infamous for disappearing, dogs sometimes go missing as well. In this story, you’ll meet a dog who turned up in a place that was both unlikely and adorable after going missing for a brief period of time.

Kristin Leigh Rhynehart lives in Raleigh, New Jersey with her family and their rescue dog Raven, who she has had for ten years. 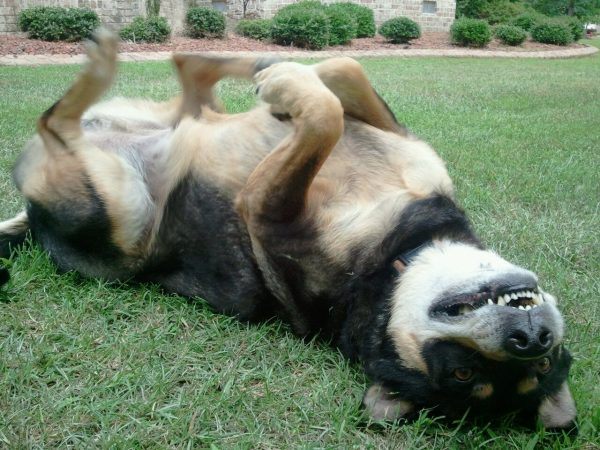 Though Kristin has had Raven for a decade, he still comes up with new ways to surprise her. He showed this once again recently, when Kristin realized that she could not find him as she walked around her house.

After looking for him all over, Kristin wondered if he had somehow gotten outside, but she did not see him when she scanned her yard. Kristin’s toddler daughter Addison was napping in her bedroom, and she did not want to wake the child by looking there. However, after searching every other room, that was the one place left for Kristin to look.

When Kristin opened the door to the bedroom, she was stunned to look in Addison’s crib to see Raven tucked in sleeping beside the little girl! How cute is that?! 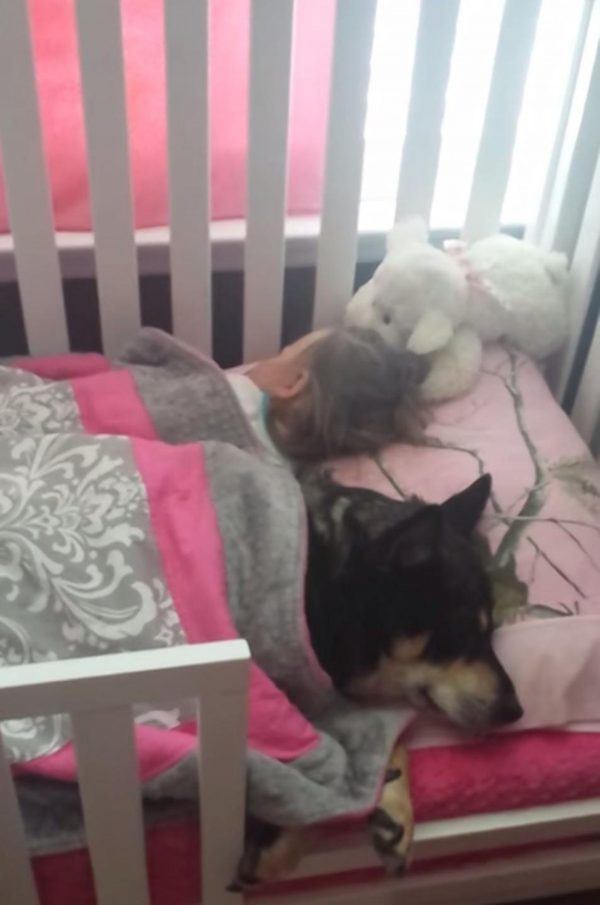 Kristin was so touched by the scene that she whipped out her phone to record it, and the video has since gone viral, being viewed over 9.8 million times!

“That moment you can’t find your dog, and you even go outside looking for him…” Kristin captioned the video. “Only to walk in the house and find him snuggled up in bed next to your toddler.”