They say that not all heroes wear capes, but this one certainly does!

Chris Van Dorn is a 27 year-old man who has always loved two things: Batman and dogs. When he started volunteering at various animal rescue organizations around Orlando, Florida, he decided to combine his two passions in a way that would bring attention to the importance of pet adoption.

“It kind of just came as a way to embody all the good I wanted to do in the world,” said Van Dorn, “and make it easy for people to talk to me right off the bat.” 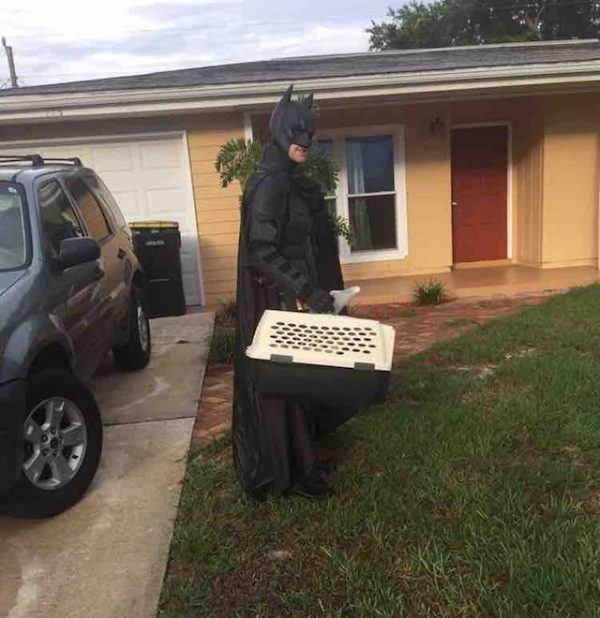 Not only did he use his suit to convince people to adopt pets, he also used it to rescue dozens of shelter dogs who were about to be euthanized. He initially wore the mask and cape in order to keep his rescue missions anonymous, but that all changed when he was featured as a GoFundMe hero back in May.

Last year, Van Dorn launched the nonprofit Batman4Paws, and he has since embarked on countless hours-long cross-country road trips to rescue dogs from euthanasia and bring them to loving families that are willing to adopt them. Since starting the nonprofit, his GoFundMe has raised $32,000! 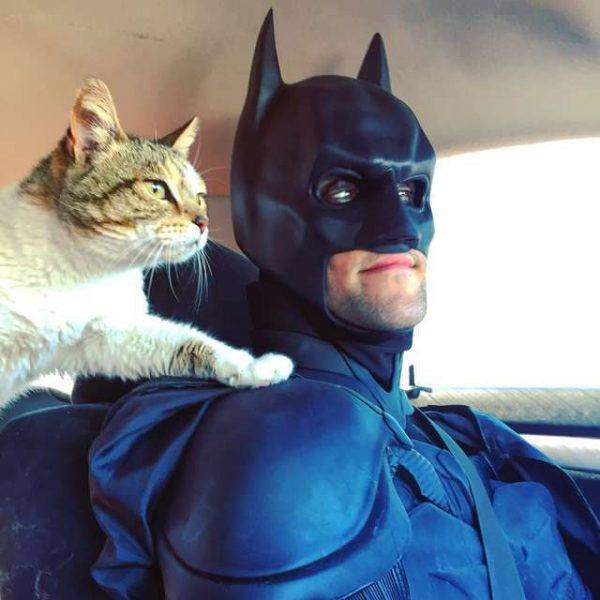 “When I was first starting out, I was keeping everything really anonymous,” he said. “I would sign everything ‘Bruce Wayne’ and not put my real name out there … My catchphrase is, ‘It’s not who I am underneath but what I do that defines me’ and I still hold that true today.”

Van Dorn is now hoping that he will be able to raise enough money to replace his current Batmobile, which is currently a Honda Accord, so that he can transport more animals on his rescue missions. He also wants to get his pilot’s license in order to use air travel as a more efficient means of transporting his beloved dogs.

Accompanying him on his trips is his trusty sidekick Mr. Boots, who he just had trained as a therapy dog. Together, they also enjoy making guest appearances at hospitals as Batman and Robin! 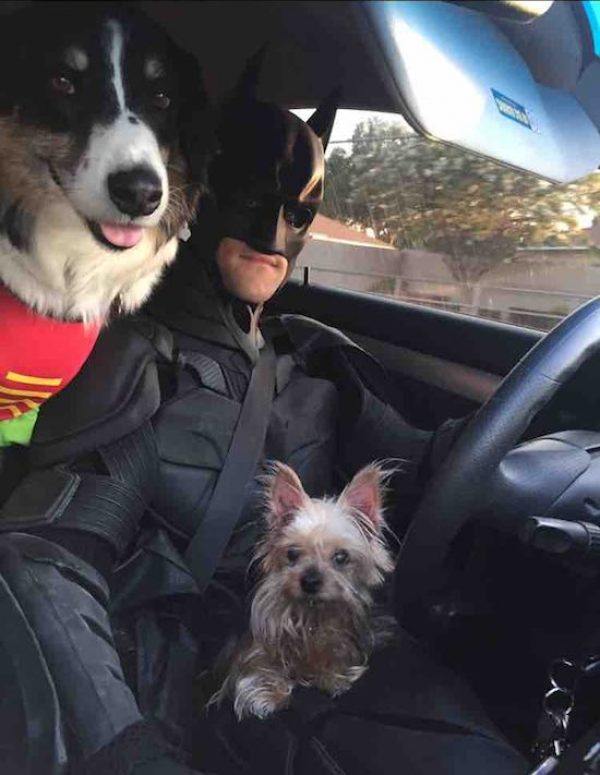 God bless this young man for going above and beyond to help dogs in need. Find out more about him in the video below!