The worst fear of every dog owner is that their pet will become separated from them, leaving them with no way to find their beloved canine. Thankfully, a story is now going viral in which a dog was reunited from his owner after being separated from her for two years thanks to shares on social media.

When workers at a Ukranian animal shelter came upon a confused and unhealthy blue-eyed dog, they took him in and went above and beyond to nurse him back to health. The dog had mange and it was clear to him that he had experienced a tough life on the streets, so they were determined to find him a nice home. They had no idea at the time that he already had one. 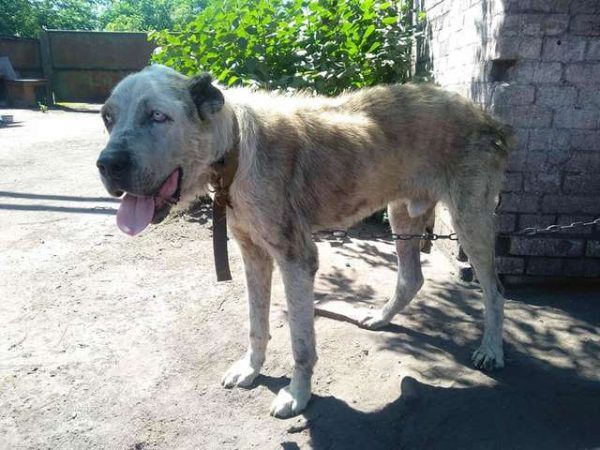 The shelter decided to post the dog’s photo on social media, hoping that they would able to attract people to adopt him. They were stunned when the photo went viral, and the dog who had the saddest eyes they’d ever seen was soon helped in a way they had never expected.

Two days later, a woman called the shelter and said that the dog resembled one who had been stolen from her yard two years ago.

“She’d been looking for her dog for two years,” said Galina Lekunova, who works at the shelter. 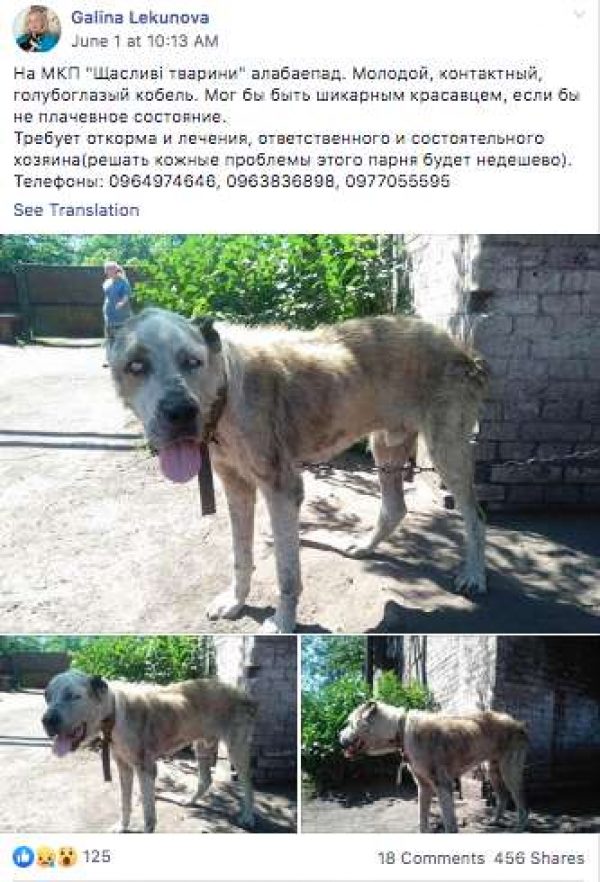 Workers asked the woman to come to the shelter to see how the dog would react to her. When the dog came face to face with the woman, he had a reaction that touched the hearts of everyone.

“Tears of joy in the morning!” the shelter posted alongside video of the pair’s reunion.

It turns out that the dog was named Lord, and the shelter was all too happy to reunite him with his beloved owner.

“We thank everyone who shared our post,” the shelter wrote. “Thanks to you that the dog’s life was saved, and peace returned to his owner’s soul!”

Check out the reunion for yourself below!