A 77 year-old morning from Clearwater, Florida recently woke up to a complete nightmare when an enormous 11-foot alligator entered her home!

Mary Wischhusen was awakened at 3:30am on May 31 to the sound of a loud crash inside her home. She was terrified at first, but she eventually got up the nerve to go to the kitchen to see what had happened. When she walked into the room, she was horrified to see alligator eyes looking back at her.

“I had this beautiful face staring at me as though he belonged there,” Mary recalled. 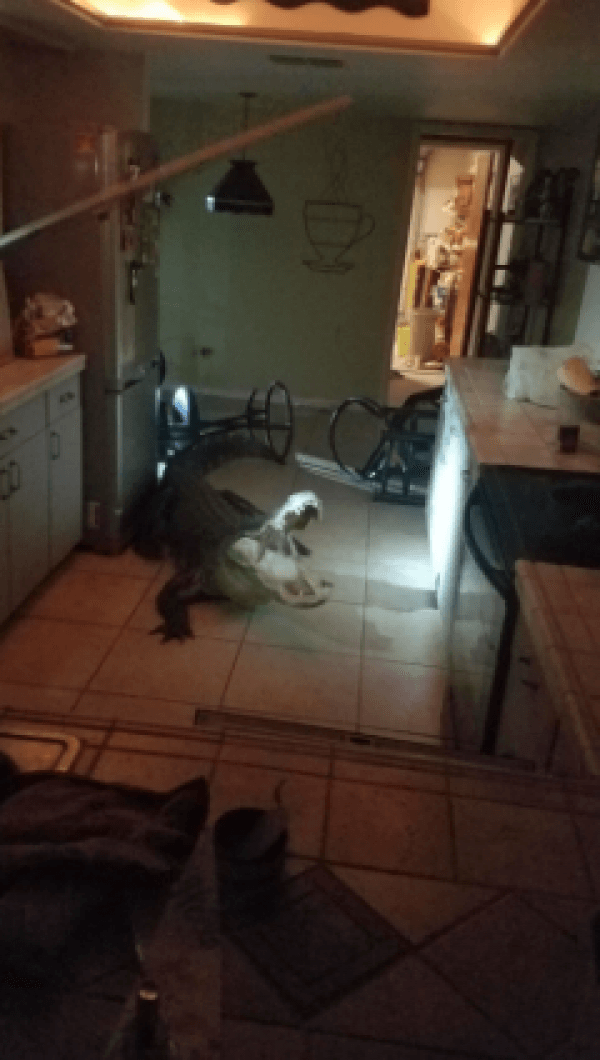 Thinking fast, Mary ran into her bedroom and called the police. She then sat and waited nervously, praying that the alligator would not break down her bedroom door. To pass the time and stay calm, Mary played a game on her computer while she waited for police to arrive.

When officers arrived at the scene and tried to capture the alligator, he started thrashing wildly, breaking Mary’s wine bottles. Patricia Pecora, who was delivering newspapers in the neighborhood, said she saw the alligator unsuccessfully trying to break into a sewer before it got into Mary’s house.

“It sounded like something had fallen and busted,” Pecora explained. “That’s when I said, ‘I’m calling 911, because that sound, that’s not a normal sound.” 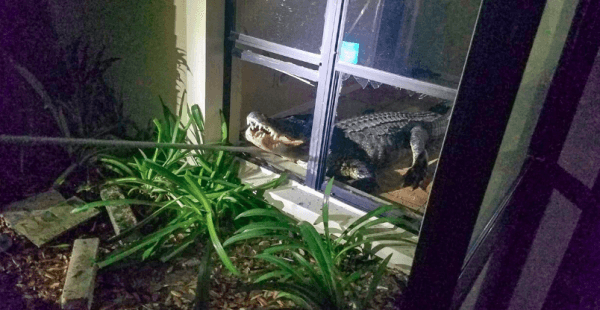 Police said that the alligator broke some windows that were near to the ground to get into Mary’s house. Finally, an alligator trapper was able to get him out of the home.

We know you’ve been chomping at the bit for more visuals from today’s alligator trespassing in Clearwater? The male alligator was 10 to 11 feet in length. During the apprehension, the alligator knocked over several bottles of wine. The red liquid in the video is wine, not blood. pic.twitter.com/x6ktib6ajl

Thankfully, nobody was injured in this incident, but the creature did put holes in the walls, dent the refrigerator and destroy some furniture. The alligator also destroyed Mary’s red wine, which she jokingly referred to as “The good stuff!”

Find out more about this incident in the video below!