Foxes are wild animals who are known for being very difficult to domesticate, which is why it’s exceedingly rare that they become pets. That’s what makes this story so unusual and heartwarming at the same time!

The Fox Project is a charity that helps injured foxes in Tunbridge Wells, England. When they recently found an injured fox on the side of the road, their vets discovered that he had toxoplasmosis and would not survive in the wild. This left them with two choices: they could either put the fox down, or find him a loving forever home. Thankfully, they opted for the latter, and placed him in the care of Mike Trowler. 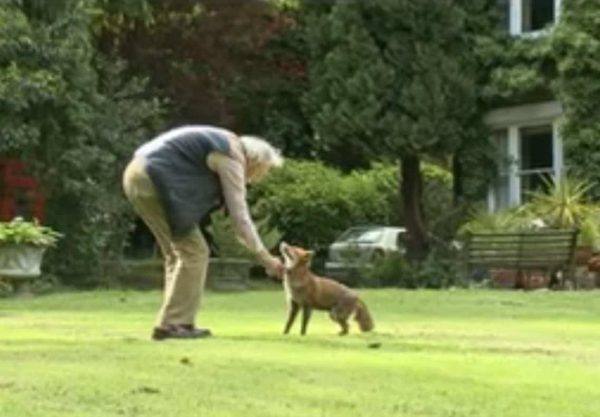 Mike has always been passionate about helping injured foxes, so he was all to eager to take in this one, who he ended up naming Cropper. Mike nursed Cropper back to health, and the fox turned out to be a friendly creature who even bonded with the cats who also lived in his new owner’s home. Mike and Cropper became the best of friends until the fox passed away at the age of 6. Thanks to Mike, Cropper had a happy end to his life instead of being euthanized in a clinic at an early age.

Cropper had such an impact on Mike that he decided to take in more injured foxes, and that’s how he got another adult fox named Jack. 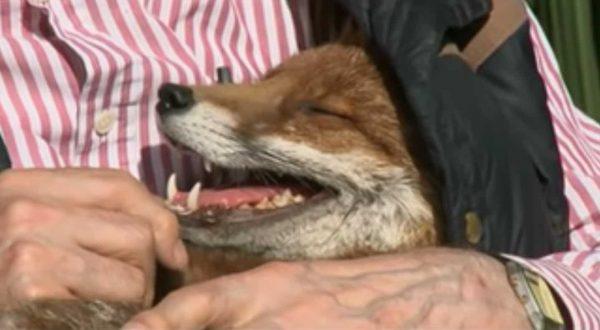 Jack loves watching television as he cuddles up to Mike at home. He even has grown accustomed to taking a bath every once in awhile to keep Mike’s home smelling nice!

We applaud Mike for taking in animals that would not otherwise survive in the wild. Find out more about his friendship with Jack in the video below!