Elderly Chihuahua Can’t Walk, So His Dog Friend Carries Him

Kristina Helfer has been volunteering as a dog foster and adoption coordinator for many years, and during that time, she’s seen quite a few amazing things. Recently, she saw something that was so life-affirming that she just had to share it with the world so everyone could see it.

One of the sadder parts of Kristina’s job is helping dogs who never get adopted. She does everything she can for these dogs, even going so far as to adopt them herself sometimes. Piper and Frank are two dogs that she adopted because nobody else would. 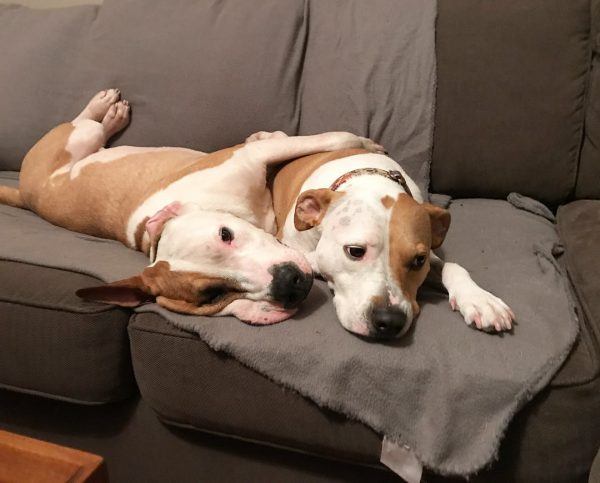 When Kristina first met Piper and Frank, both of them were starving and mangy. Over the course of several months, Kristina nursed them back to health, and she fell in love with them so much that she just had to adopt them. Soon after that, she decided to adopt another dog as well. 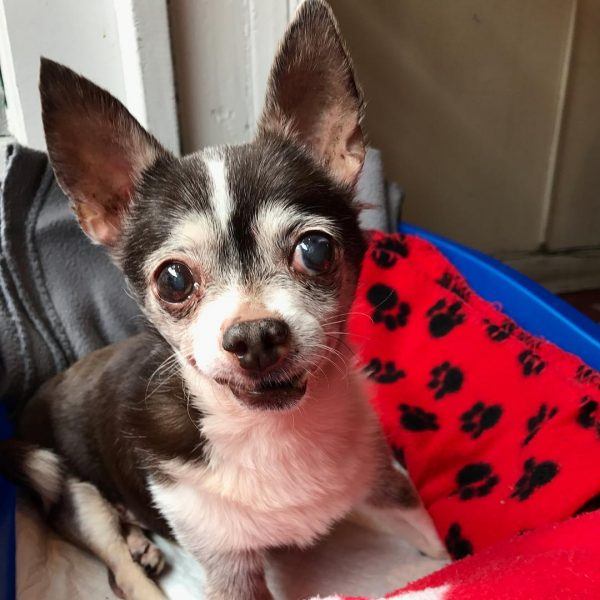 Kristina’s shelter Wise Animal Rescue took in another dog named Tito, who was a 16 year-old chihuahua. The little dog had a collapsed trachea and an infected mass that was so bad that he was barely breathing. As you can imagine, nobody wanted to adopt an elderly dog who was barely breathing, and it broke Kristina’s heart that Tito would not find a home. That’s why she took Tito into her own home and went about trying to nurse him back to health as well. 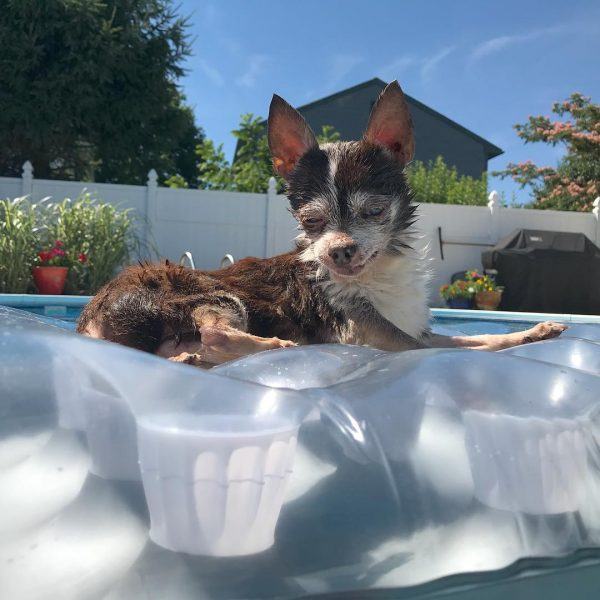 Kristina was worried about how her two pit bulls would react to Tito, as she feared that Piper and Frank might be aggressive with him. As soon as she introduced them to Tito, however, she realized that she had nothing to worry about. They bonded with the chihuahua immediately!

Frank walked up to Tito and began licking him right away. From the very beginning, it was clear they had a strong bond. 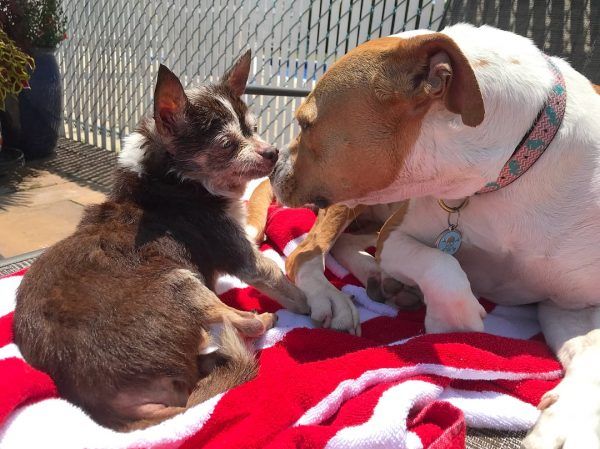 Since then, Frank and Tito have been the best of friends. When Tito had to have surgery to remove his infected mass, Frank would not leave his side. Tito was able to recover in large part thanks to Frank’s love and support. 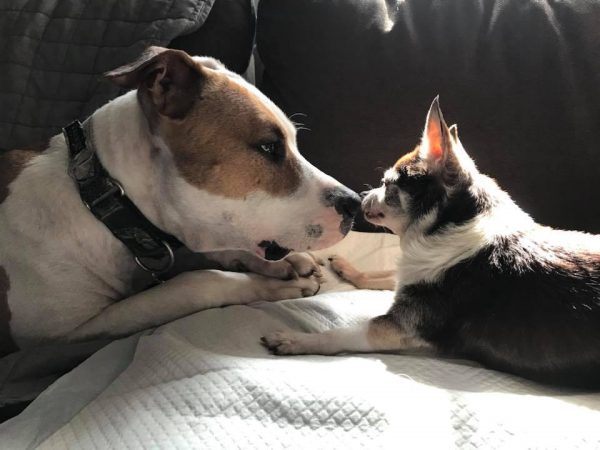 Kristina soon noticed that while Tito was recovering, Frank was getting happier and happier each day. Frank had always been an anxious dog, but Tito’s presence kept him calm. Sure enough, the dogs were helping each other! 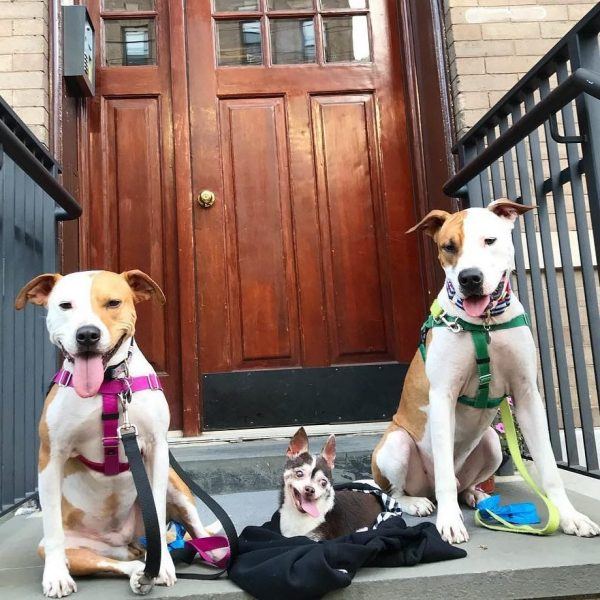 Though Tito recovered from his surgery, it left him unable to move. Wanting to make sure that Frank and Tito could still have fun together, Kristina came up with an unusual idea. These days, Frank carries Tito on his back as they walk around their neighborhood each day, and he is all too happy to do it! 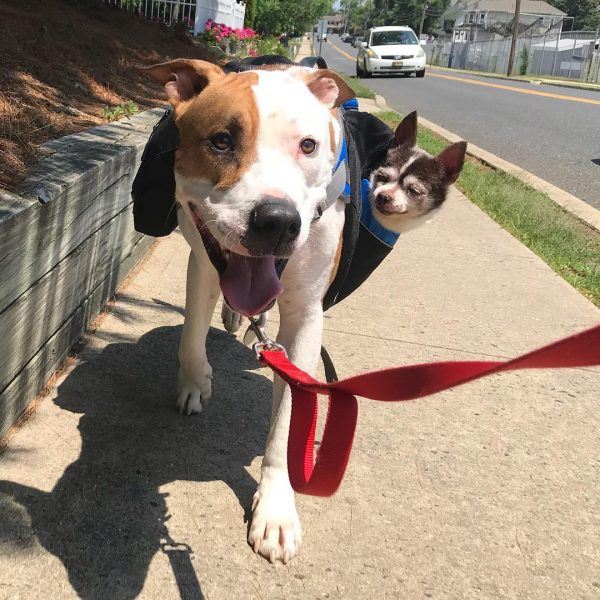 Tito, Frank, Piper, and Kristina may be an unlikely team, but they are closer than ever! We wish them many years of happiness together to come!