An adorable video is going viral showing a dog have a priceless reaction when he smells a “stinky” shirt that was sent home by his dad, who is deployed overseas.

Brindle was once a shelter dog who was desperate for a home, and he ended up getting a very loving one when Pennsylvania couple JD and Rachel Aument decided to adopt him. Brindle and JD immediately bonded, with Rachel acknowledging that her husband is his favorite, while she is favored by their other dog Xavier. 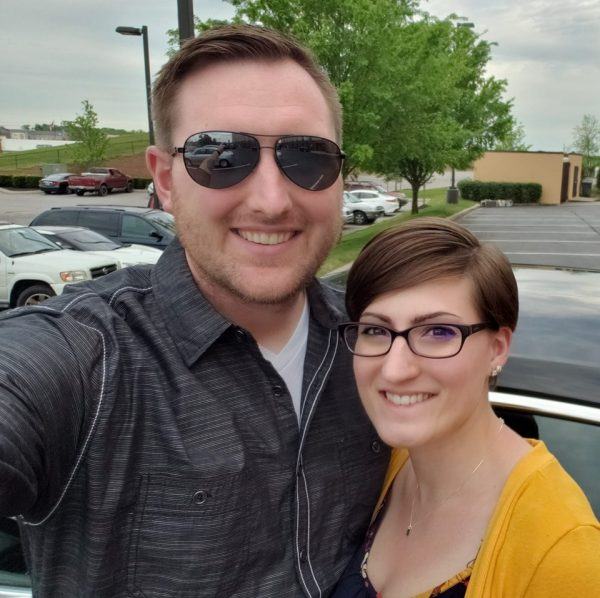 When JD was deployed in 2018, Brindle was devastated, and he had a hard time dealing with the separation. JD spent a year deployed as a firefighter in the Army Reserves, and though his absence was hard on the whole family, it was especially difficult for Brindle. 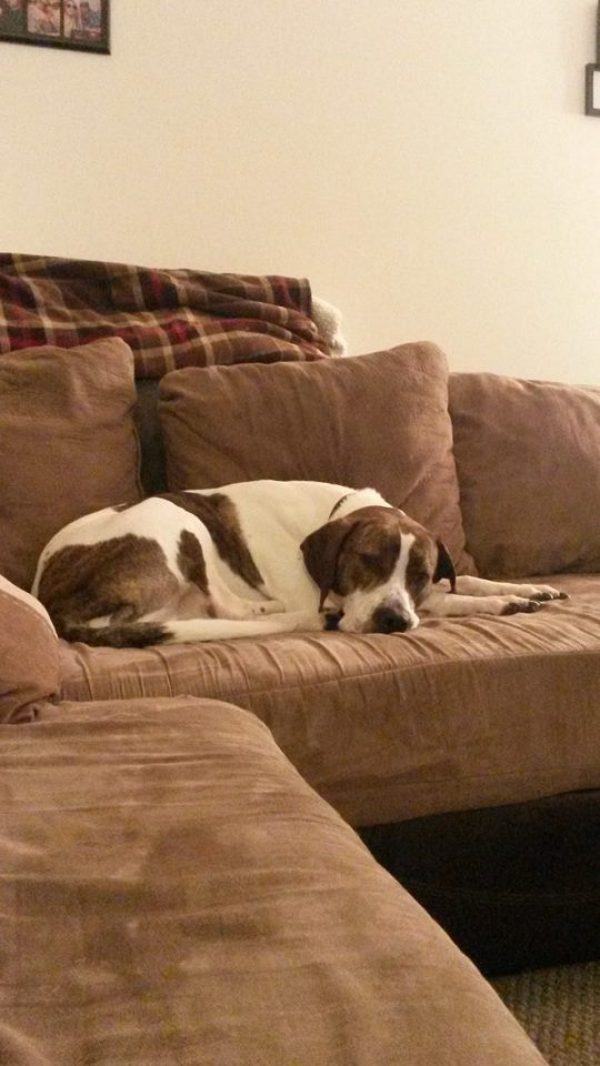 “He’s so sad without him here,” Rachel said back in March, at which time JD had been gone for nine months. “He has days where he just sits at the front window, crying.”

JD was so saddened that his buddy was having such a hard time that he came up with a brilliant idea. Though he could not go home himself, he could send his scent home by sending a dirty shirt! 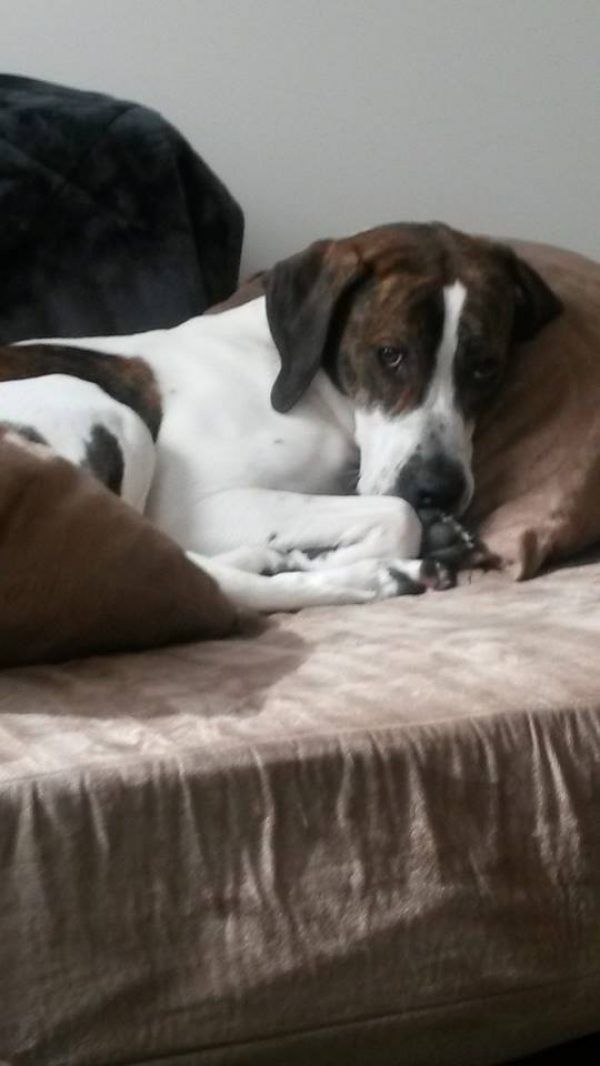 When Rachel got the shirt in the mail and presented it to Brindle, he picked up JD’s scent immediately. Just like that, his depressed attitude was gone, and he rolled around with the shirt with joy! 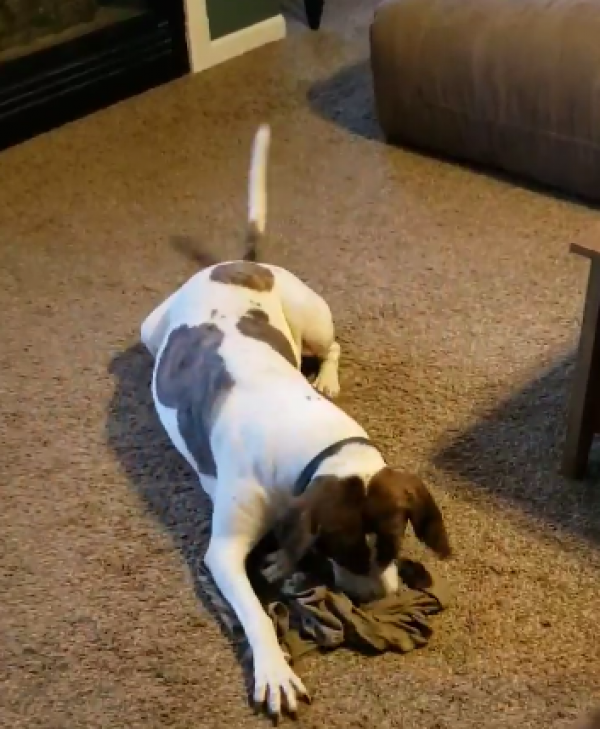 “He immediately knew that it was JD’s shirt. There was no doubt about it,” Rachel recalled. “I was crying so hard while recording his reaction.” 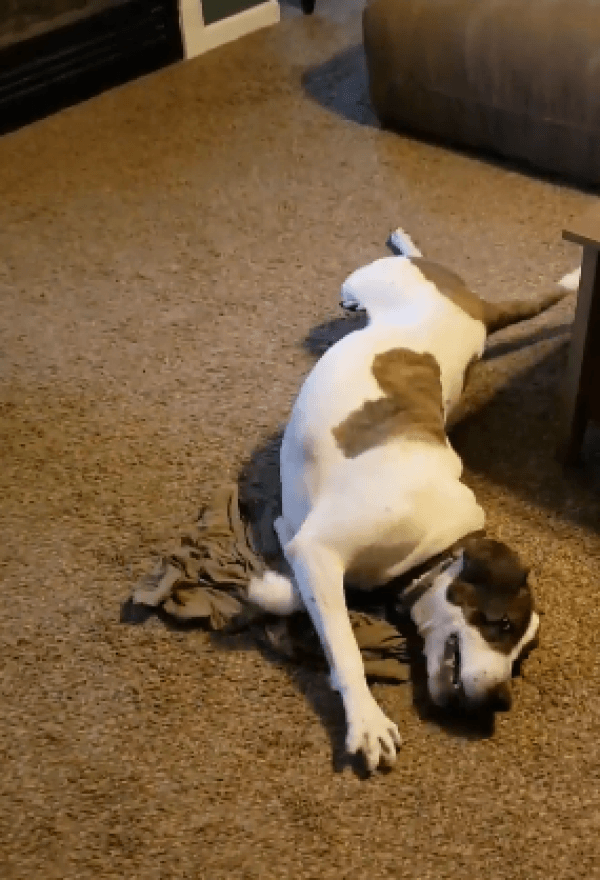 Brindle spent the next day taking the shirt with him everywhere and even sleeping in it. Finally, Rachel decided to dress him in it to make things easier.

“I miss JD so much and it was the first time any of us had smelled him in almost 10 months,” she said. “I had to take a minute with the shirt for myself before I could share with Brindle.”

Thankfully, Rachel and Brindle did not have to wait much longer, because JD came home a month later! We’re so glad that their little family is back together again. Check out Brindle’s reaction to the shirt for yourself below!