When 7-month-old Ruth and 2-year-old Idgie were abandoned by a gated community located just outside Geneva, Florida, they had no chance of surviving on their own.

When the pair were found, the little black and white kitten Ruth’s two back legs were paralyzed. Idgie, a chubby Dachsund, was covered in ants that had swarmed her while she stood guard over her little friend.

The animals’ rescuers were not able to figure out for sure what had happened to Ruth’s legs.

“We think it may have been something she was born with,” said Diane Gagliano, program coordinator for the Seminole County Animal Services. “It was a really strange situation— both of them were found in fairly good shape, not filthy or malnourished, so it seems as though they probably had a home at some point. But on the flip side, no one came and claimed them, and how could the cat get very far without the owner knowing?” 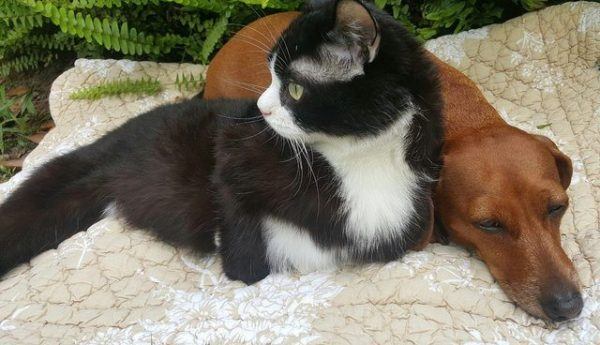 Both Ruth and Idgie were adopted by Jacqueline Borum, who runs the Hollywood Houndz Boutique And Spa. She noticed the bond between the dog and kitten as soon as she met them, which is why she named them Ruth and Idgie after the characters in Fried Green Tomatoes who shared a strong friendship.

“Their story from the beginning to end is something right out of a Disney movie,” Jacqueline said.

The two share a close bond to this day, and Idgie seems to be determined to protect Ruth all the time.

“When Idgie gets a new toy, she always takes it over to the cat, Ruth, and they pretty much share everything,” Jacqueline said. “Their admiration for each other has only grown stronger over these last few years. There’s no doubt Idgie would have laid down her life to protect her BFF. Thank God she will never have to!” 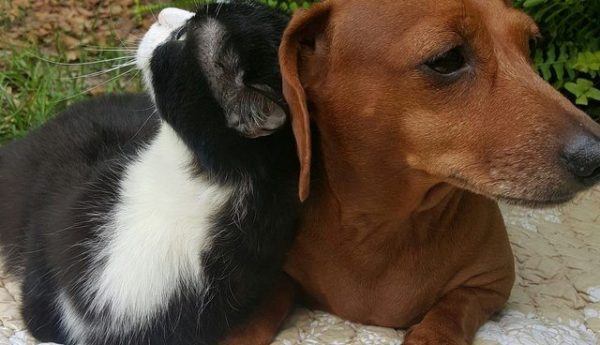 Even years after they were adopted, but their bond remained as strong as ever.

“Ruth has a handicap and so Idgie senses Ruth’s vulnerability,” Jacqueline explained. “I think Idgie would give her own life for this cat.”

The bond between the cat and dog inspired Jacqueline to create Project Paws, a nonprofit organization that helps shelters cover veterinary costs. She immediately made Ruth and Idgie the group’s mascots.

“They are and will continue to crusade for the other animals in desperate need of help,” she said.

Sadly, Ruth was eventually diagnosed with an auto-immune disorder that attacked her red blood cells. She soon passed away with Idgie by her side, comforting her to the very end. 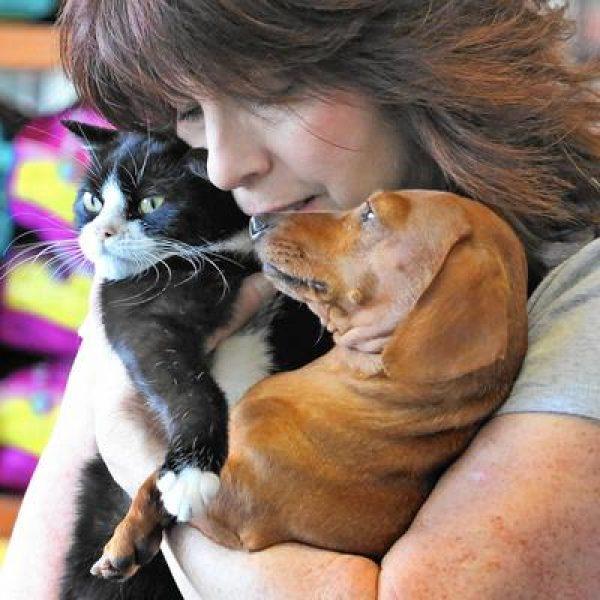 “Thank you world, for embracing this dynamic dup that not only beat the odds but conquered by being a beacon of light for other animals in desperate need through Project Paws,” Jacqueline wrote on Facebook after her passing. “Their friendship has so much to teach us as humans about love, selflessness, loyalty, and the ability to look beyond our differences.” 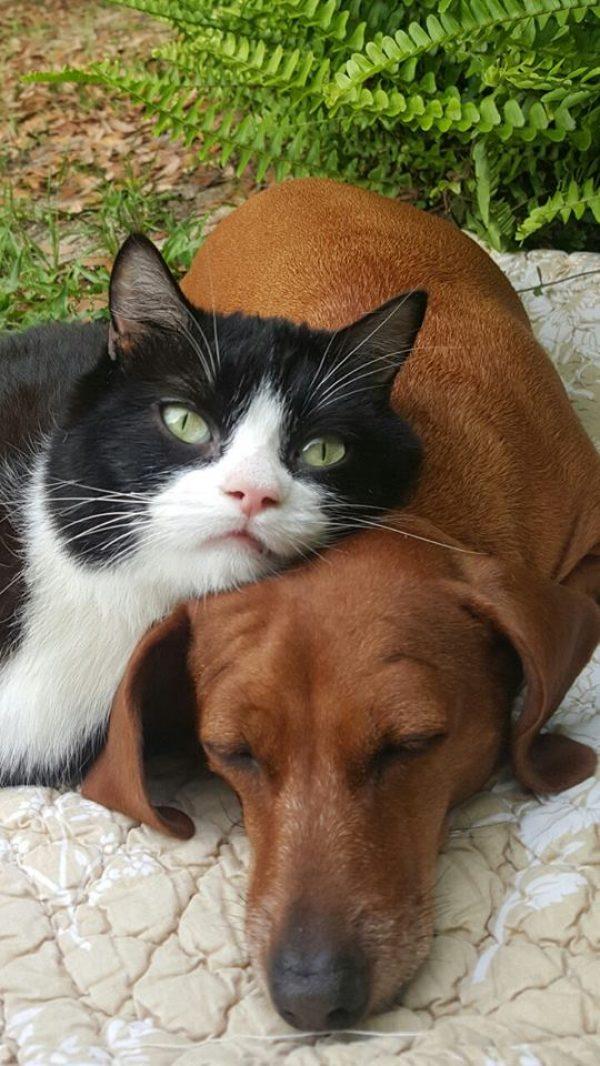 Find out more about this incredible story in the video below!