A family who recently lost everything they had in a house fire just got a touching surprise from a 10 year-old neighbor that has completely lifted their spirits.

Kayley Cross, 10, was devastated when she saw the home of Brooke and Josh Rummonds get destroyed by a fire as the couple rushed to safety with their young sons. The fire had started in bins at their home in Fresno, California, and it quickly destroyed the entire house along with everything in it.

Two days later, Kayley decided to take it upon herself to help the Rummonds, so headed to the home’s remains and sold 100 cups in return for donations, raising $1,000. After hearing what Kayley was doing, people drove to her from all over the state of California to give her cash donations.

“We know our neighbors really well,” Kayley said. “I sat on the front step and watched the fire, and wanted to help in some way.” 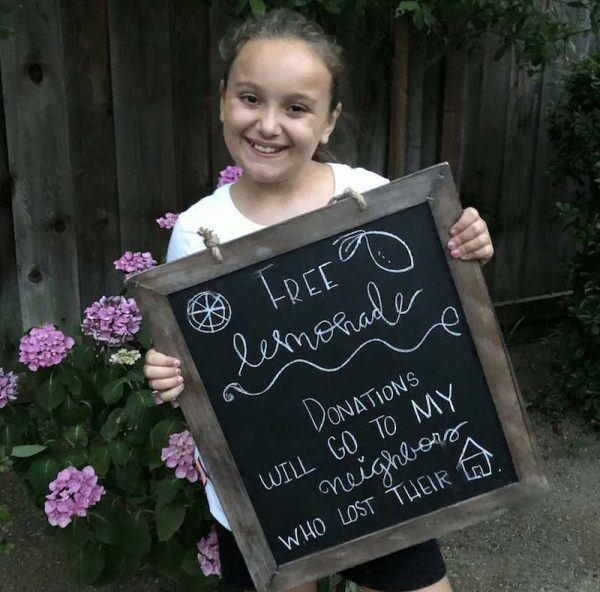 While the Rummonds have other friends and family members helping them, it is Kayley’s gesture that has touched their hearts the most. Even Kayley herself was stunned by how much she raised.

“We didn’t expect so many people to donate so much money,” she said.

“We saw our neighbors come out their homes and instinctively rally to our side and look after us,” added Mrs. Rummonds. “That spirit of friendship was summed up in Kayley, who is a wonderful girl.”

“It’s going to be hard for a while, but we’re so humbled by these wonderful people who’ve come together for us in such a big way,” she continued.

We need more people in the world like Kayley! Her parents should be very proud of her.