Parker Smith is a high school junior from Pendleton, Indiana who had never sewn in his life, but he decided to learn how so that he could make his prom date’s dreams of having the perfect dress come true.

It all started back in February, when Parker’s prom date Addi Rust found the perfect dress, but realized that she could not afford it. At the time, Addi remembers joking, “Parker, why don’t you just make my prom dress?” 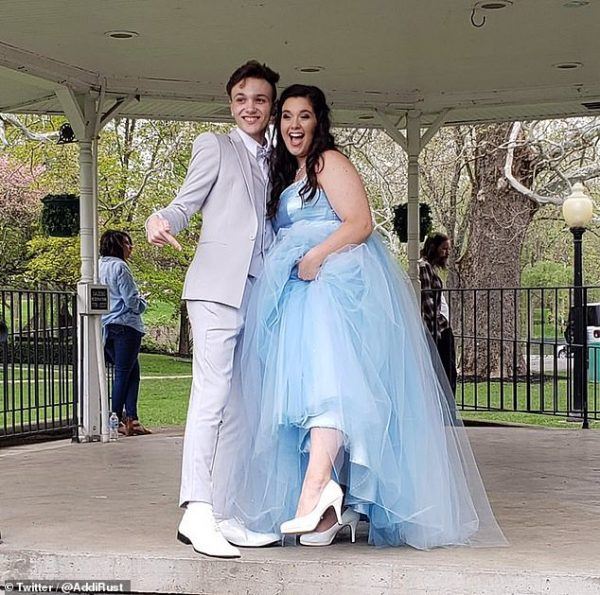 Much to Addi’s surprise, Parker thought about her request and ended up saying, “You know what, I think I could actually make your prom dress.” Over the next few months, Parker worked tirelessly teaching himself how to sew and getting tips along the way from his grandmother on how to make the perfect dress. The process was long and painstaking, as Parker found himself making sections of the dress multiple times just to make them perfect.

“I’m such a perfectionist that I was up adding more stones to the dress even the night before prom,” he said.

The result of his efforts was a gorgeous blue gown that Addi could twirl around in on prom night! 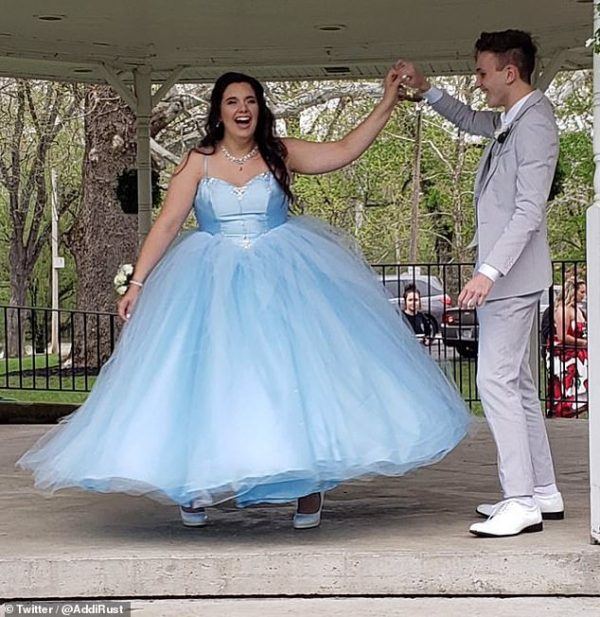 Though Addi knew what the dress looked like at every step along the way, she could not help but cry when she saw the finished product. She could not believe that Parker had gone so far to make her prom dreams come true!

“Taking a minute to brag on this man because I think this is the coolest thing that I’ve ever been a part of,” Addi tweeted. “Parker MADE my prom dress. Straight from scratch did the whole thing and I am still speechless. I’m so lucky to have him as my best friend!” 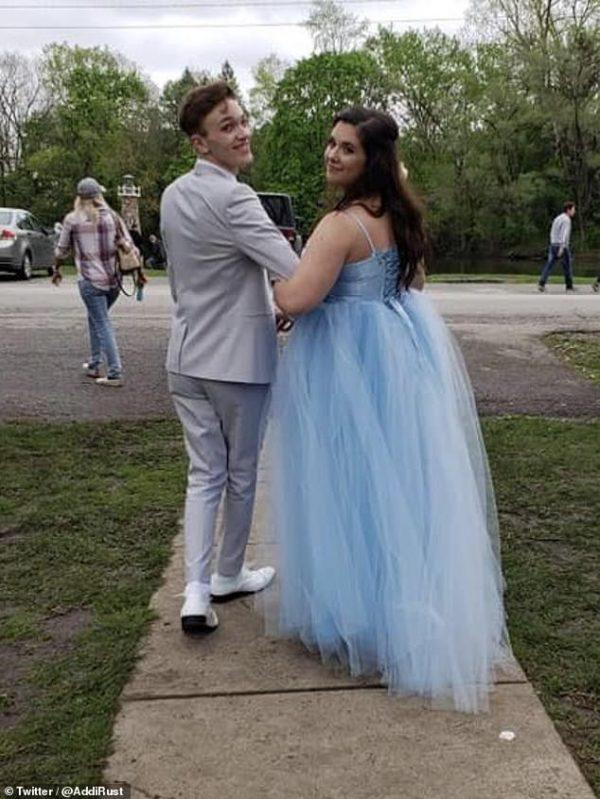 “Quite a journey, but the first thing I’ve ever sewn (a prom dress) has been finished, just in time for the ball,” Parker tweeted on his page. “Not only did I get the honor of being the Prince Charming to the beautiful @AddiRust, but her fairy godmother as well, haha! I’m so thankful for her. (From scratch)”

I think it’s safe to say that Parker has a long career in the fashion world, should he choose to pursue it. Addi really is lucky to have a friend like him!