Hepburn had sent a moving note to a teenage girl named Linda after she sent a letter to the star to tell her that she was her inspiration. Linda, who now lives in the British city of Dorset, included a red rose in the letter, which ended up on the desk of a member of the Paramount Films publicity department named James Wilcox. 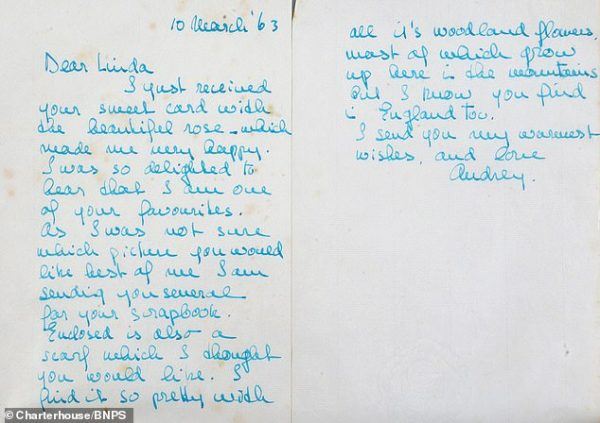 Wilcox made sure the letter got to Hepburn, who was so moved by what Linda was going through that she sent back a letter of her own along with a pink and white flowery scarf in the envelope.

“I was so delighted to hear that I’m one of your favourites. As I was not sure what photo you would like best of me I am sending you several for your scrapbook,” Hepburn wrote back. “Enclosed is also a scarf which I thought you would like. I find it so pretty with all its woodland flowers, most of which grow up here in the mountains. I send you my warmest wishes, and love, Audrey.” 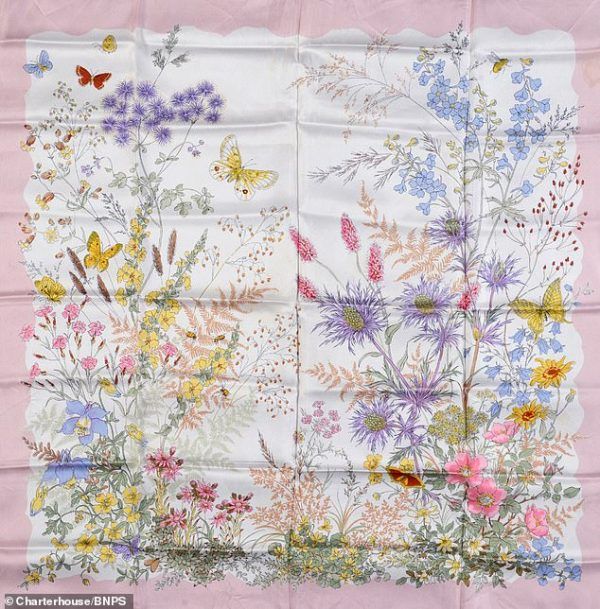 Linda has treasured the scarf and the letter ever since, even keeping the original tissue paper that it was wrapped in. She is now selling it through the auction house Charterhouse, of Sherborne, Dorset. Auctioneer Richard Bromell of Charterhouse explained that they are expecting the scarf to go for such a high price because something like this going on the market is so rare.

“This is due to fans and collectors keeping their treasures safe just like our client who has owned the scarf, photographs and letters for the past 56 years,” he said. “Audrey wrote the letter in her own hand, she didn’t get a secretary to type something out for her, and she picked out a scarf she thought a teenage girl would like.”

“It would have meant so much to Linda to receive something from her idol especially as she was seriously ill. She wasn’t expected to survive,” he continued. “She still feels she is paying homage to Audrey with the sale as the proceeds with go to the charity UNICEF which the star supported during her lifetime.”

Joey Image, Former Drummer for the Misfits, Dies at 63