An 87 year-old Korean War veteran was just honored for his service on Armed Forces Day while he worked his usual job at a Publix in Plantation, Florida.

When George Davis arrived for work as a front-service clerk for the store on Friday morning, he was stunned to see that his friends and family had gathered there to surprise him! 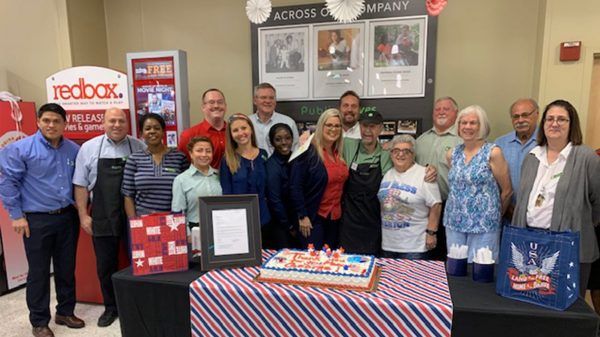 Davis fought in the Korean War from 1950 to 1953, and he recently travelled to Washington D.C. on an honor flight with some of his “army buddies” who served in World War II, Vietnam and Korean wars to tour all three war memorials.

“It’s hard to explain, but it was one of the best days of my life,” Davis said of the trip during his party at Publix. “This [party] is number two.”

Davis has been working at the Publix for twelve years, and he is affectionally known as “Mr. George” there. During the party, he was given a commemorative letter and pin by Publix Vice President John Goff for his service. 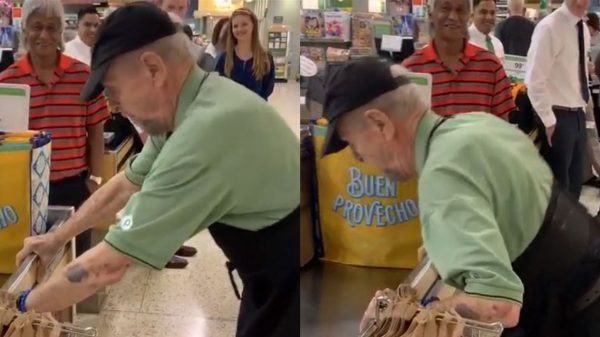 One of the best moments of the party came when Davis showed off how physically fit he still is by performing a set of push-ups against a cashier checkout counter.

“Give us ten, soldier!” one person said as the crowd cheered him on.

It’s wonderful to see Publix take the time to honor a veteran who bravely put his life on the line for his country. God bless you, George Davis, and thank you for your service!