A seaside city in Japan has just put up signs asking tourists not to eat food as they walk around the streets.

The city of Kamakura is known for it’s surfing, Shinto shrines, Buddhist temples, and the Great Buddha of Kamakura. As of April 1, city officials put a policy in place that asks the many tourists who visit to refrain from eating while in the city. Tourists will not be fined or given a citation if they violate the policy, which is not a warning but instead a way of encouraging good manners. 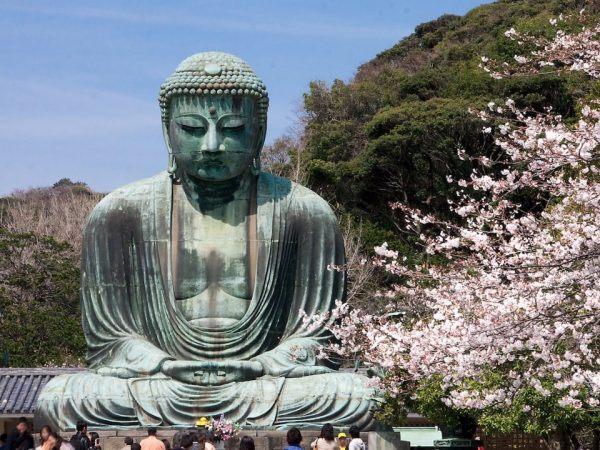 While litter is one of the reasons behind the policy, officials say that it’s also because food spillage has become a “public nuisance” since it gets on people’s clothes and stains them. They said that this was an especially big issue on Komachi-dori, which is a 1,200 foot-long street that gets up to 60,000 visitors a day.

“We can’t ban the act of eating while walking, as this is one of the ways to enjoy sightseeing,” said Norikazu Takahashi, president of the Komachi store association. “We want to make the street a place where both travelers and residents can feel good.”

In Japan, food is seen as something that is meant to be fully enjoyed and appreciated, something that many believe is impossible to do while they are on the move. Kyoto’s Nishiki Market has also put up signs saying “no eating while walking” after litter became a major issue there.

You can find out more about Kamakura in the video below.