It’s that time of year again when seniors in high school and college throw on their caps and gowns and graduate. This day is an important one for them, as they have all worked hard for years to earn their diplomas.

While this is one of the biggest days in a young student’s life, not all of them are lucky enough to have their own cheer section coming to support them.

A man was recently at the graduation ceremony for Texas Christian University (TCU) when he noticed an event staffer applauding and cheering loudly for every student being given a diploma. The man walked over to the stranger and joked that “no one in the whole stadium was clapping more than him.”

The staffer has since been identified as Andrew Thomas, a retired city employee who now picks up shifts here and there to help out at TCU events. His reason for clapping for every student could not be more touching, and it has since touched the hearts of people all over the world. 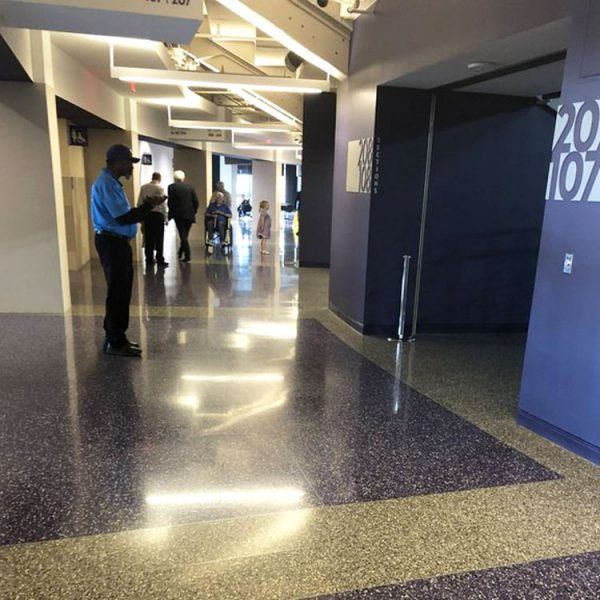 The man was so blown away by this that he posted it to Reddit, where it quickly went viral.

Andrew later told reporters that his daughter graduated from college in 2015, and he recalls her telling him about the many students she encountered who continued to push on through school despite having no support system at home. Andrew has never forgotten this, and he does everything he can to make sure that every TCU student feels loved and supported. 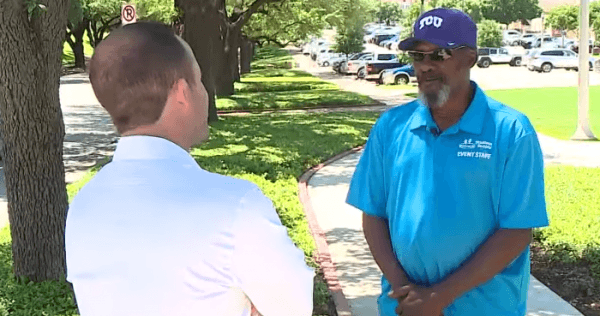 God bless Andrew for his thoughtful support of young people! Find out more in the video below.