The grumpiest cat in the world, whose grouchy scowl earned her a large following on social media as well as a best-selling series of books and a movie, just tragically passed away at the age of seven.

Grumpy Cat, whose real name was Tardar Sauce, became famous back in 2012 from a YouTube video that garnered 15.7 million views. The cat went on to make a $100M fortune for her former-waitress owner Tabatha Bundesen, who lives in Morristown, Arizona. 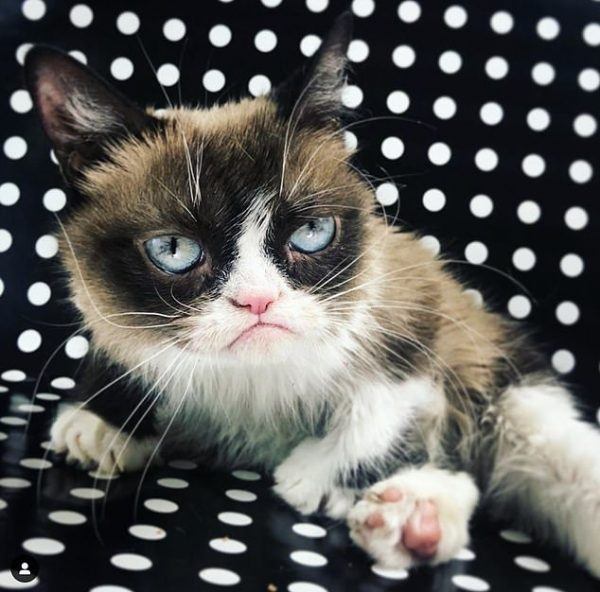 Grumpy Cat’s family announced that she died from a urinary tract infection, saying “Some days are grumpier than others.”

“We are unimaginably heartbroken to announce the loss of our beloved Grumpy Cat,” the family said in a statement. “Despite care from top professionals, as well as from her very loving family, Grumpy encountered complications from a recent urinary tract infection that unfortunately became too tough for her to overcome.”

“She passed away peacefully on the morning of Tuesday, May 14, at home in the arms of her mommy, Tabatha,” the statement continued. “Besides being our baby and a cherished member of the family, Grumpy Cat has helped millions of people smile all around the world – even when times were tough.’ ‘Her spirit will continue to live on through her fans everywhere.” 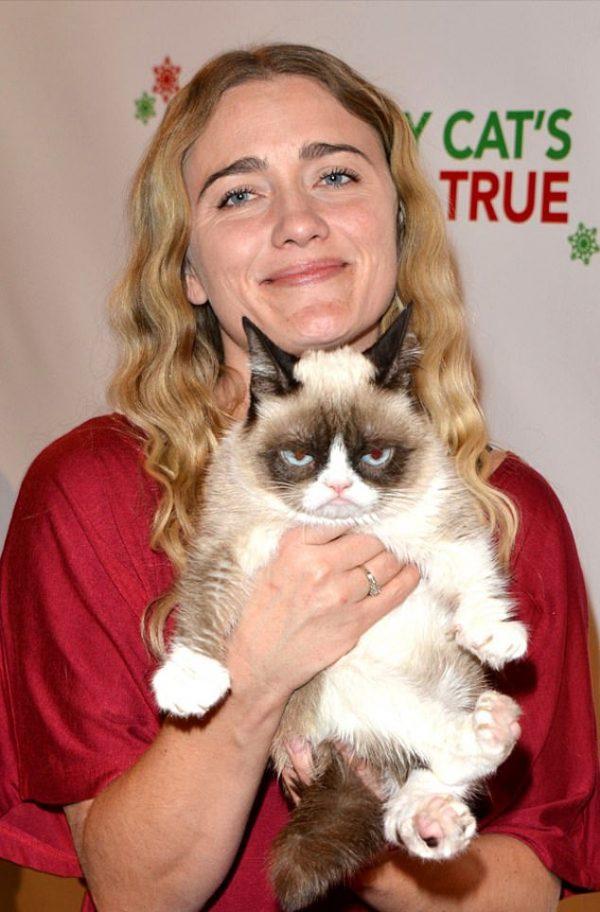 At the time of her death, Grumpy Cat had 2.4m followers on Instagram, 1.5m followers on Twitter and 8.5m likes on Facebook. It has been estimated that in the first two years after Grumpy Cat went viral, Tabatha got $100,000,000 from the feline’s paid appearances, book deals and modeling shoots. This is more than top Hollywood stars like Nicole Kidman and Matthew McConaughey make for their appearances!

Find out more about Grumpy Cat’s tragic passing in the video below.