Gail Halvorsen is a 98 year-old former U.S. Air Force Pilot who earned himself the nickname of the “Candy Bomber” for dropping sweets for starving children in Germany in the years after World War II. Last week, Gail returned to Germany as a guest of honor, and he received a hero’s welcome when he got there.

It was Gail who came up with the idea to drop small bags of sweets to children in West Berlin, who were starving after the Soviet Union blocked railway, road and canal access to the city. This blockade lasted from June of 1948 until May of 1949, and the Germans never forgot the kindness of their beloved “Candy Bomber.” 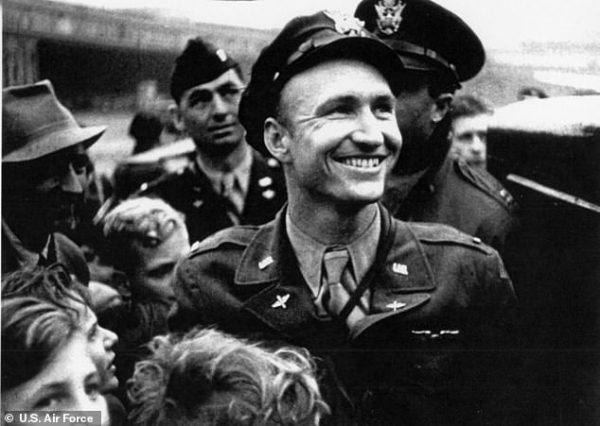 When Gail would get ready to release the treats from the air, he would dip his wings to signal to the children that candy was on the way. One elderly woman who was a child at the time recalled writing to Gail complain that the candy drops were stopping chickens from laying eggs, and she was surprised to find that he subsequently replied with a nice note.

“It wasn’t the sweets that impressed me, it was the letter,” she said, adding that Gail and her have been friends ever since. “I grew up fatherless, like a lot of [German] children at that time, so knowing that someone outside of Berlin was thinking of me gave me hope.” 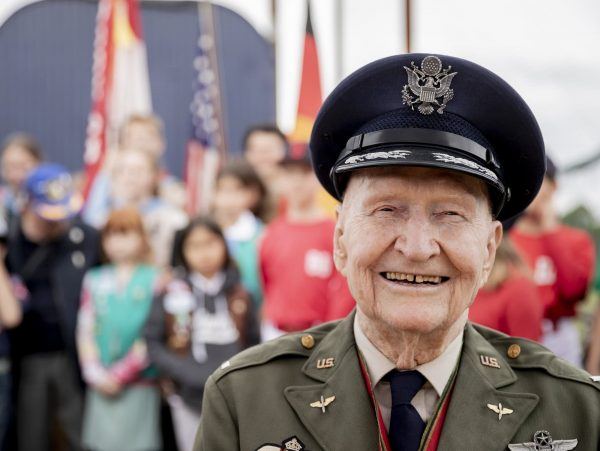 Gail is far more modest about what he did in the years after the war.

“The heroes of the Berlin Airlift were not the pilots, the heroes were the Germans – the parents and children on the ground,” he said. Gail went on to warn modern young people to be vigilant about the current political landscape so that we can continue to live in a free society.

“I would exhort the young people to keep an open mind to know that some leaders will lead free people in the wrong direction,” he said. “They need to use their judgement about what they believe in the news, that they need to make their own decision on who rules them. Freedom is important and sometimes you have to fight for it.”

Find out more about Gail’s heroism in the video below.