Speaking in front of a large group of people is scary for many adults to do, so imagine how hard it can be for a child. In this video, however, you’ll meet a 10 year-old boy who has absolutely no problem with public speaking whatsoever.

When Kevin Rabatin and his fiancée Briana started planning their wedding in 2017, he knew right away that his son Jaydon was going to be his best man. 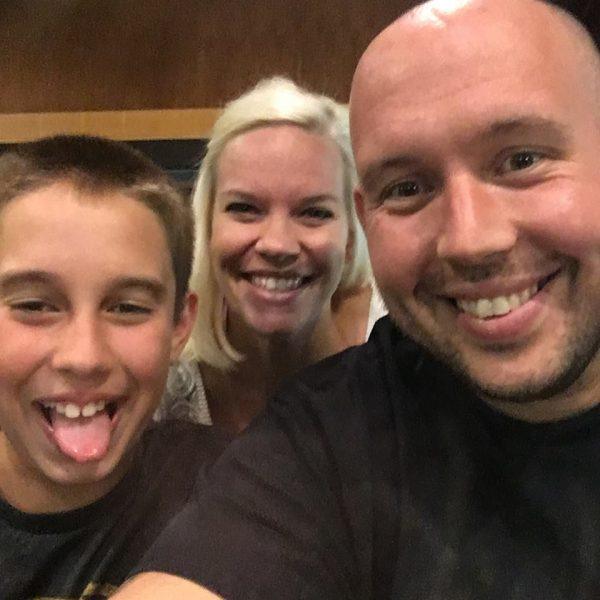 Though Jaydon is quite young, Kevin said that it was immediately clear to him that he could handle all the tasks that come with this job. It was not until four days before their wedding in Wilmington, Delaware that Kevin and Briana even learned that Jaydon planned to give a best man speech during the event, as the boy had secretly been practicing with his mom.

“He did a great job,” Kevin explained. “I was nervous for him. I tried to give him a pep talk before the wedding.” 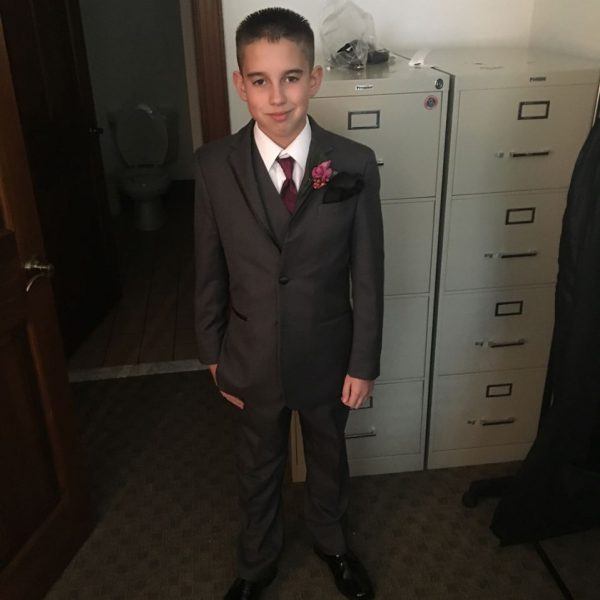 As soon as Jaydon stood up to give his speech, it was obvious to everyone that the boy was in his element.

“The day has come that this man is getting married. I’m not too sure how I feel about all of it,” Jaydon began. “Don’t get me wrong. I love Brie. Isn’t she the most beautiful bride? But this means I’m losing my bachelor buddy. We go way back. It’s like I have known him since my first breath I took.” 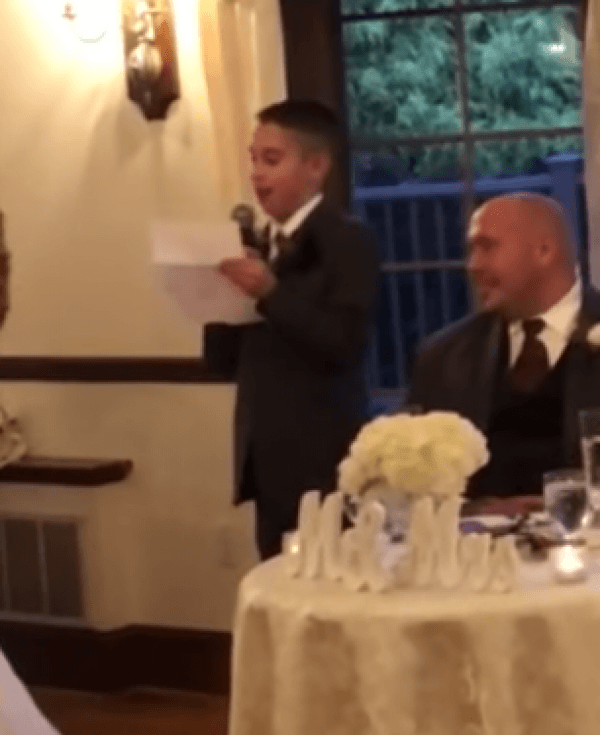 “As we grow older, we also mature together, but here is our confession: We have never been the cleanest of guys together,” he continued. “Without Brie, I don’t think we would ever have clean underwear or socks.”

Jaydon continued by saying how nice it’s been to watch his father grow up since Brie came into his life, and that he’s glad that she didn’t bring along any “horrible” stepchildren. 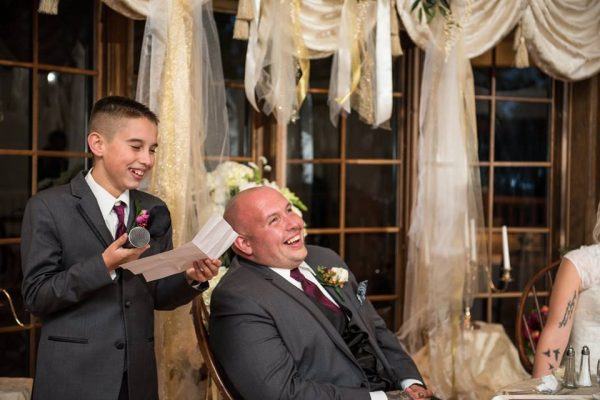 Things took a sentimental turn when Jaydon revealed how much both of them mean to him.

“I hope you two have nothing but true happiness together. I look forward to watching you two grow old together,” he said. “There is nothing more important as a son than to see my dad happy and that’s what he is when he is with Brie. Thank you for making my dad happy.” 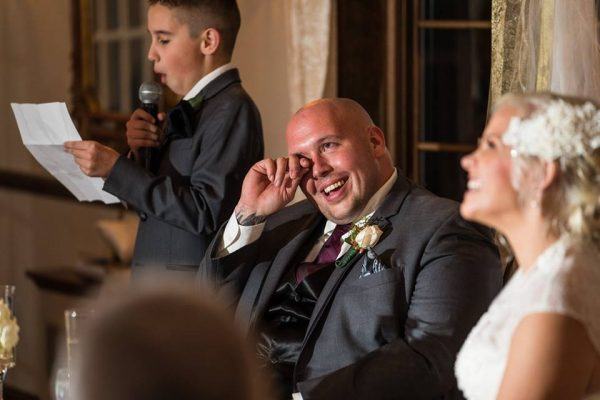 You know you’ve given a great speech when you have everyone laughing at one point and crying the next, and that’s exactly what Jaydon did! Check out his speech for yourself below.