Rare Filly Has Adorable Reaction To Her First Day Outside

Horses are known for being some of the most majestic animals on Earth, and each of them have their own unique personalities. They are also capable of creating incredible bonds with their human owners who love and adore them.

Scott and Jackie Nelson are the owners of the Down Under Colour Ranch in Florida, and they have a young filly that is more than just a beautiful horse. 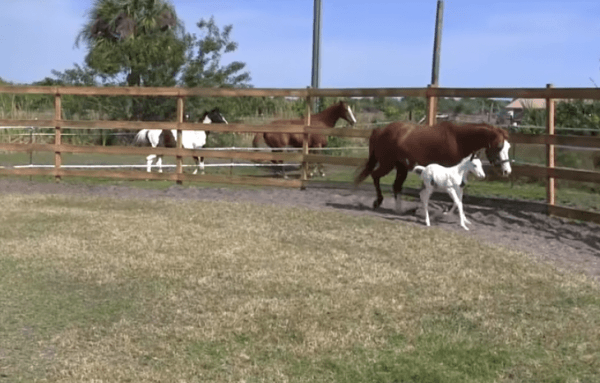 The Nelsons have owned a wide range of Australian and American paint horses, and they are highly regarded as experts in the horse competition world, as their horses have taken home many rosettes. One of their mares named Poka recently got pregnant for the first time, and while the Nelsons were very excited, they were not sure how her pregnancy would go. 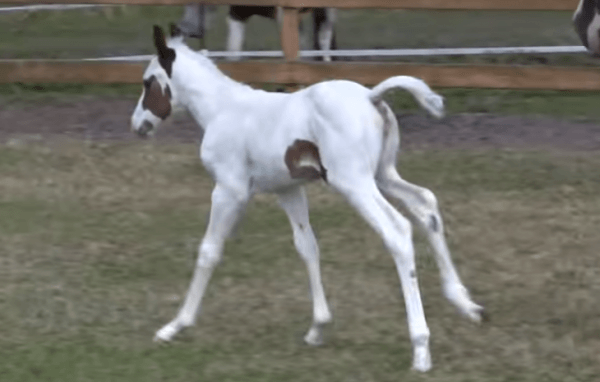 The Nelsons knew that a stallion on the ranch named Chief was the father of Poka’s baby, so they had a feeling that the horse she would give birth to would be very special. After a lengthy eleven month-long pregnancy, Poka finally went into labor. The Nelsons decided to record Poka giving birth on camera, and when they saw her baby, they could not believe their eyes!

The newborn, who they named Coconut, had a white coat and dark markings which are considered rare for horses. The baby also had patches of dark spots on its head that look like a hat. 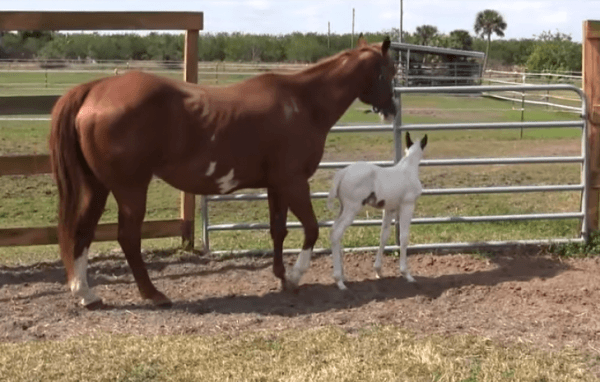 Coconut happens to be a Medicine Hat horse, which Native American tribes once considered to be magical, as they thought these horses possessed a unique ability to protect the people riding them during battles. In addition, Medicine Hat horses have a strong intuition that they are able to warn their riders of impending dangers.

Coconut is getting the best of care with the Nelsons, so she will undoubtedly grow into a happy and healthy horse as an adult! Watch her first day outdoors in the video below.