Man Gets Into Hilarious ‘Debate’ With Chatty Husky

If you’re thinking about getting into an argument with a dog, you might want to avoid the husky breed, because they certainly have a lot to say!

Huskies come from the snowy climes of Siberia, which could be why they love to talk, as talking is a great way to burn off some energy when humans don’t want to brave the cold. Everyone who has ever been around a husky knows how chatty they are, and since they love getting the last word, arguing with them often turns into a big waste of time. 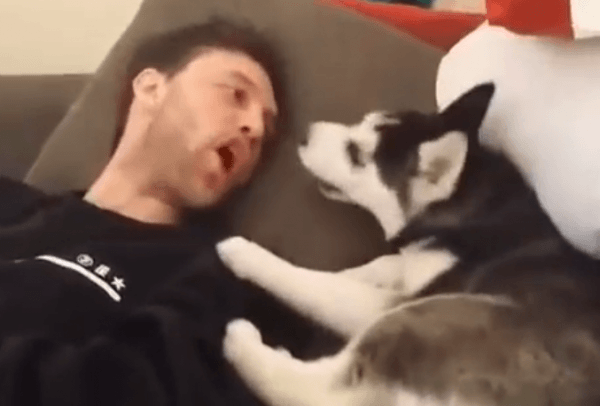 A prime example of this comes in the video below, when Aaron Dissell picks a fight with his friend Michelle Knight’s husky, named Sky. Since the video opens mid-argument, it’s not immediately clear what the debate is about, but it’s obvious that both Aaron and the husky are VERY passionate about their point of view.

“You better stop,” Aaron warns Sky as she continues to chat up a storm. Sky just keeps on going, arguing like it’s her job until she finally crosses the line and Aaron screams, “What?!” 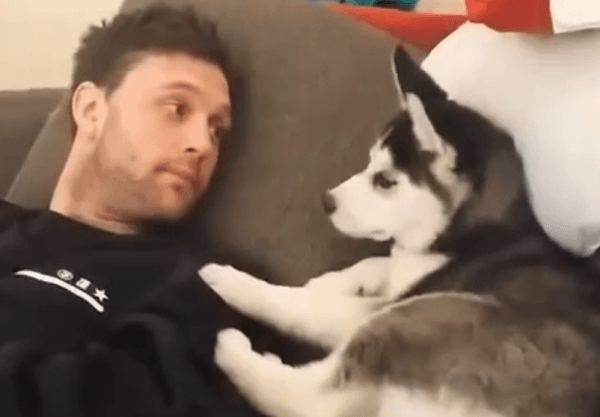 It’s always hard to argue with a seasoned veteran of debate, and Aaron uses his experience to seemingly win the round. However, Sky soon lets him know that he has not won yet.

Sky was actually just taking a breath to come up with a really good zinger, and soon enough, she starts arguing again!

“You always gotta have the frickin’ last word!” an exacerbated Aaron says, going on to remind Sky that she’s “still a baby” who has no business talking to an adult like this. Since Sky can’t really argue against that, she soon starts to calm down. 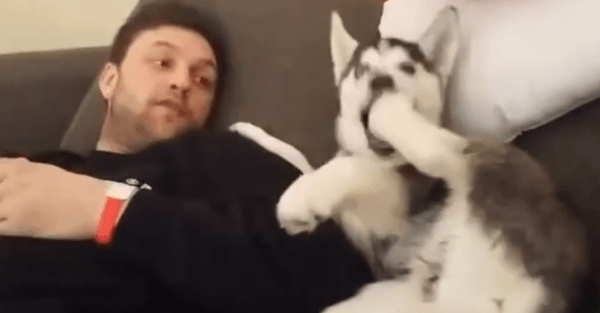 “Yeah, foot in mouth. Exactly…” Aaron says at the end.

The hilarious video has quickly gone mega-viral, making people all over the world laugh. Check it out for yourself below!