Legendary actress Joan Collins just spoke out to say that she feels lucky to be alive after a fire broke out at her home in London.

The 85 year-old actress of “Dynasty” fame is calling her 54 year-old husband Percy Gibson her “hero” after he valiantly battled the flames to save them both. The star also personally thanked the brave firefighters from the Soho Fire Station as well. Collins joked that she has now used up “three or four of her nine lives” after this latest brush with death. 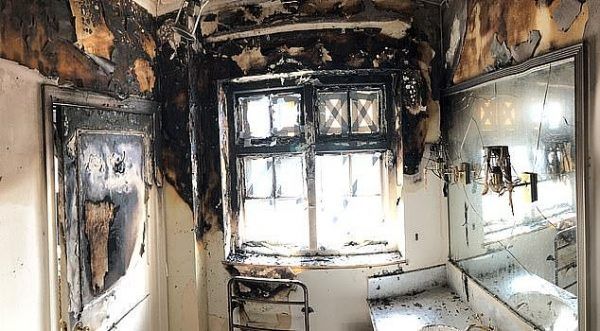 “I’m very lucky to be here. Somebody once told me I have nine lives and I think three or four of them are gone already. I’m still suffering from the smoke,” Collins said during an appearance on “Good Morning Britain.”

Collins explained that she was in the bedroom with her husband watching the Jack Nicholson movie As Good As It Gets when the fire broke out.

“And believe me, I’m not exaggerating, there was two feet of smoke from the ceiling,” Collins continued. “It was in the guest bathroom at the end of the corridor. He said, ‘Call 999’ and I went to call 911 stupidly. No, I didn’t, I called 999. Percy came out and he said there were flames on the curtains in the bathroom. He went and grabbed a fire extinguisher – which may I say everybody should have one, and everybody should have a smoke alarm. If we hadn’t had either of those we would have been gone.” 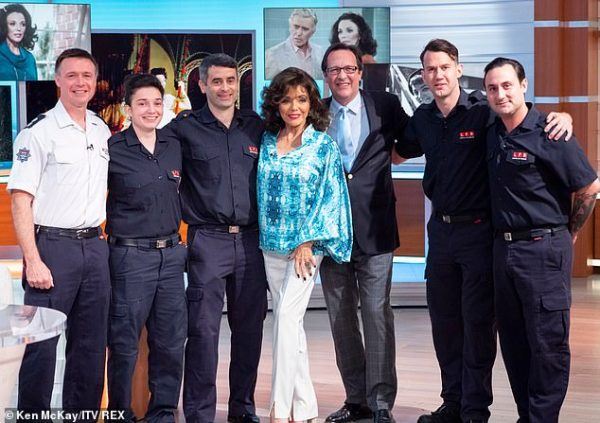 “When the fire people came in they said, ‘You were very, very lucky you got it so early and your husband put out the major flames,'” she added. “It went up in two minutes… the smoke was unbelievable. By the time I had finished, [speaking to] 999 in the corridor, and they were saying, ‘Get him out of there.’ The whole corridor, the whole of our front hall, was full of smoke.”

When asked what the cause of the fire was, Collins replied, “It was a mirror on the window sill, and it caught the sun, the sun was very low that day. It caused a spark and it immediately set light to the curtains. One of the fire people said it happens a lot.” 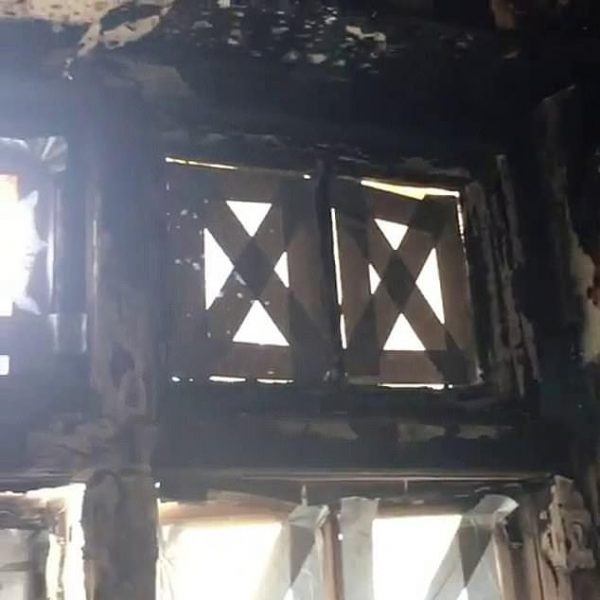 Collins, who has been married to Gibson since 2002, said that while the guest bedroom and bathroom were completely destroyed, the rest of her apartment was saved. While appearing on “Good Morning Britain,” she also had the chance to personally thank the firefighters who saved her home.

We’re so glad that Collins and her husband are alright! Find out more about her harrowing ordeal in the video below.