‘Jeopardy!’ Contestant Sets Record For One Game Winnings With $110K

A man from Nevada just set the new one-day “Jeopardy!” record for cash winnings, beating the previous record by a staggering $32,000.

“I said all along that I wanted to break Roger Craig’s one-game record and I did it,” Holzhauer said. 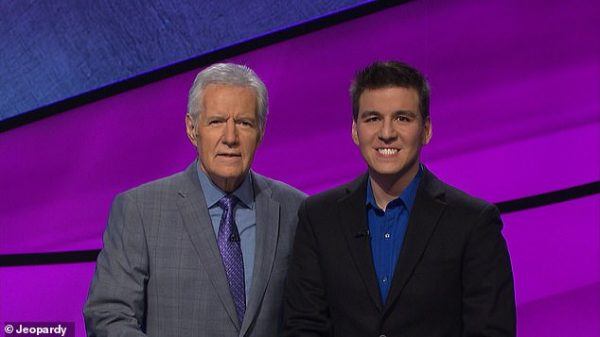 This was the fourth win in a row on Holzhauer, who won for a fifth time on Wednesday night. Just before final Jeopardy on Tuesday night, host Alex Trebek told Holzhauer that he’s just $4,400 off the one-day record.

“Okay I’ll try,” Holzhauer replied. He then risked $38,314 and answered the question correctly, bringing his total to an impressive $110,914. The audience can be heard screaming in shock when they heard his total as Holzhauer humbly put a hand on his heart.

Social media users have been praising Holzhauer online and cheering him on in the hopes that he keeps winning.

“It is nice how he did the math PERFECTLY to make his final score into his daughter’s birthdate. His daughter must feel nice that her birthday date made history,” one user commented, with another adding, “Thats unreal. he had 72k before final jeopardy….what the heck.”

“Good grief! This guy might reach a million no joke,” a third user wrote.

Check out his incredible record breaking moment for yourself in the video below!