Two high school sweethearts are melting the hearts of internet users everywhere after falling in love with each other again despite being apart for decades.

Terry Farley had not seen her high school sweetheart Steve Downey for over thirty years when he suddenly popped up on her LinkedIn page one day in 2012. The couple had met back in 1971 at a Catholic youth organization conference in Washington D.C. when Steve was 16 and Terry was 14, and she still remembers seeing him for the first time.

“I just thought he was the cutest thing I ever saw,” Terry said. “We were very innocent. When we held hands, it felt very dicey.” 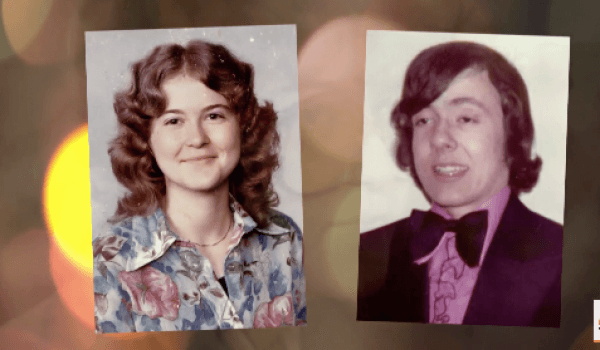 Steve and Terry dated for the rest of high school, but they went to separate colleges and lost touch completely around 1980. Each of them married other people, but by 2012, Steve had lost his wife to cancer and Terry was divorced. At the time, neither one of them was interested in jumping back into dating anytime soon.

“After my wife, Kathy, passed away, I didn’t really have any interest in dating. I thought that part of my life was over. And after a while, I became OK with that,” Steve said, with Terry adding, “I had one blind date, and it was a disaster.” 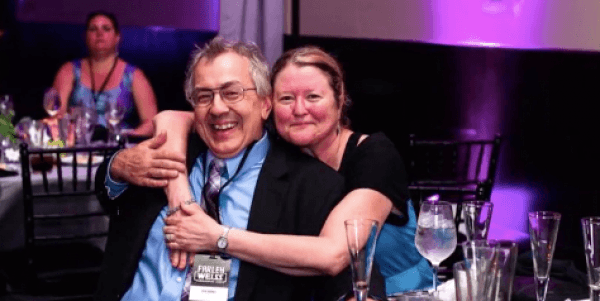 Though Terry was excited when she came across Steve’s profile on that fateful day in 2012, she was hesitant to contact him.

“I did not message him because … I didn’t want to pop into his life,” Terry said. “So I just sort of looked at the picture and reminisced a little.”

One month later, Steve noticed that Terry had looked at his profile, and he was immediately drawn to hers.

“I just felt motivated to send her a message,” he recalled. “I just said, ‘Hey, Terry, this is the Steve Downey you used to know.’”

Before long, the two were emailing and talking on the phone constantly. Eventually, Steve went to visit Terry at her home in Tallahassee, Florida.

“When I saw Steve at the airport, I didn’t see the gray hair,” Terry said. “I didn’t see anything except my first love, my first crush. In my eyes, he was exactly the same person. It felt like we were picking up where we left off.”

After dating long distance for a few years, Steve moved to Tallahassee to live with Terry. The two married in 2015, 44 years after they first met!

“I am just so grateful to have had this opportunity to be with this person again,” Steve said, with Terry adding, “He has made my life so rich. I can’t imagine it without him.”

Find out more about this incredible love story in the video below!