A heart-stopping video is going viral this week showing the moment a heroic police officer pulls a deaf man from the path of an incoming train at the very last second, as the hearing-impaired man could not hear it coming.

The 70 year-old deaf man had crouched on the very edge of the platform at a railroad station in India, and his head and knees were clearly in the path of the Jambuwati Howrah Express. The man was looking at the floor at the time, and it was obvious that he did not see or hear the approaching train. 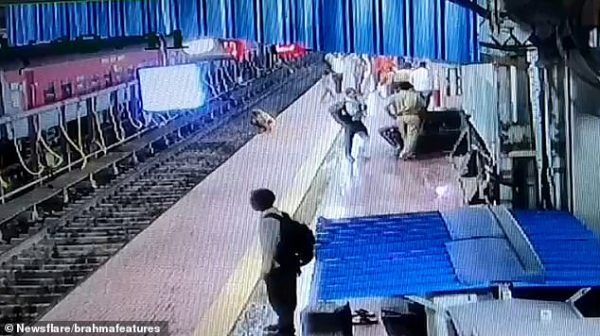 Police Constable Abhishek Pandey was patrolling the railroad station at the time, and as he saw the train approaching the man, he leapt to action. The officer ran over to the man and lunged for him, dragging him from the edge of the platform just before the train would have hit him. 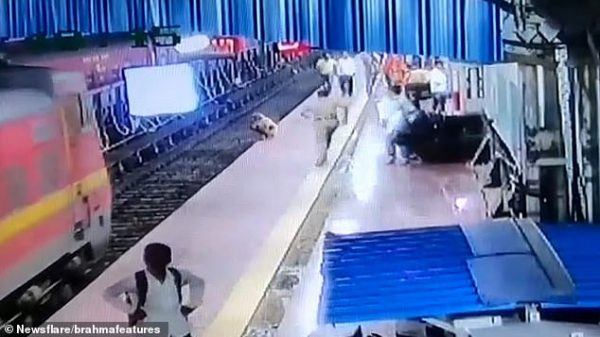 Abhishek’s senior officers have praised him for his quick thinking and said that he would definitely be rewarded for what he did. Video of his daring rescue has also gone viral, with people all over the world praising Abhishek for saving the man’s life. 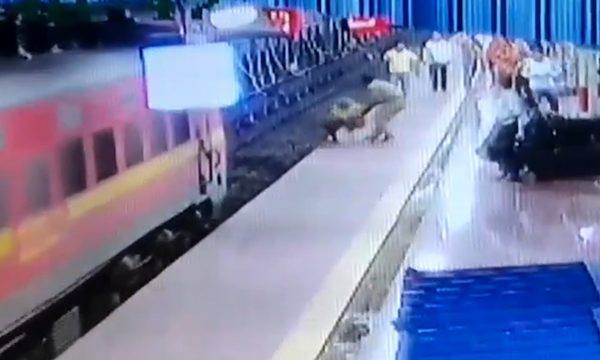 Police officers often do not get the respect and admiration that they deserve these days, but videos like this serve as a reminder of how selfless they really are. The vast majority of police officers just want to help others as they protect and serve the members of their communities.

Check out this officer’s daring rescue of an elderly deaf man in the video below!