German Shepherd Who Was Stolen From Florida Home Two Years Ago Is Found 2,000 Miles Away

A missing German shepherd who was stolen from her family’s home in Florida when she was just a puppy back in 2017 was miraculously just found nearly 2,000 miles away in rural Colorado.

The two year-old dog, whose name is Cedar, was reunited with the Peterson family of Southwest Ranches on Saturday after she was flown down there almost exactly two years after an unidentified thief stole her out of their backyard on May 4, 2017.

“I immediately cried,” Tamara Peterson said after being reunited with Cedar. “I couldn’t believe it. I was in shock. It’s almost two years to the day.” 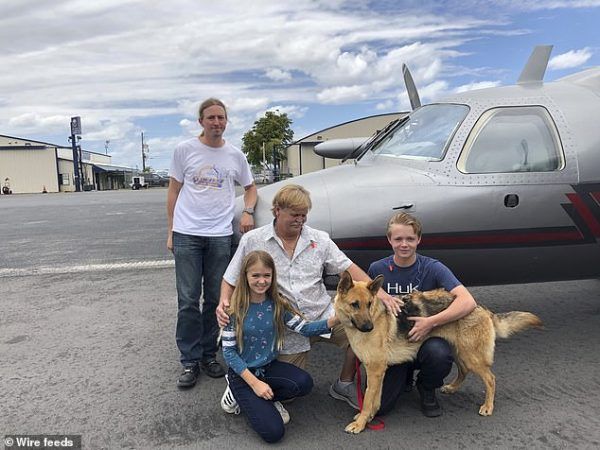 Hugo County deputy marshal Steve Ryan found Cedar in a ditch on the side of the road in Hugo, Colorado, when he was responding to a service call. He almost didn’t even see the dog because she was covered in snow at the time, and he immediately rushed her to a veterinarian named Dr. Leesa McCue at the Eastern Colorado Veterinary Services in Limon. The vet found that Cedar was malnourished and had an injured leg, and she has spent the past three weeks recovering with the animal charity Wings Of Rescue before being flown back to Florida.

It should be noted that Hugo is 1,962 miles from the Peterson’s home in Florida. 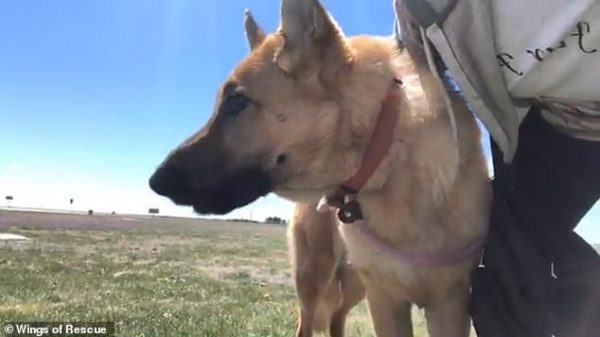 Cedar was the youngest of four dogs owned by the Peterson family, who were so devastated when she was taken that they hired a pet detective to go looking for her. It is still not known how Cedar ended up in Colorado, but for now, the family is just happy to have her back.

“Miracles do happen, especially when you microchip your pet,” Wings Of Rescue posted on Facebook.

Find out more about this amazing story in the video below.