Anyone who has ever seen The Wizard Of Oz knows that one of the leads is a dog named Toto, who plays a crucial role in the storyline. Toto is the reason that Dorothy ends up in Oz in the first place, and he is also the one who exposes the Wizard as nothing more than a man behind a curtain.

When high school senior Erin Bischoff learned that her school was putting on a production of “The Wizard Of Oz,” she knew that she wanted to audition, but she assumed that she would only be cast as a supporting character. She was stunned when she ended up being cast as Dorothy, and that her service dog Gauge was cast as Toto! 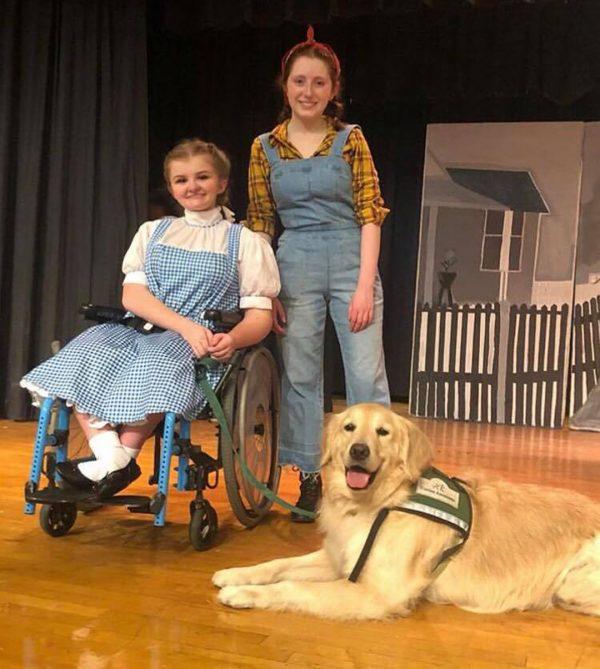 Erin is confined to a wheelchair because she was born with osteogenesis imperfecta, also known as brittle bone disease. Gauge has been Erin’s service dog ever since 2014, and he’s her constant companion wherever she goes. 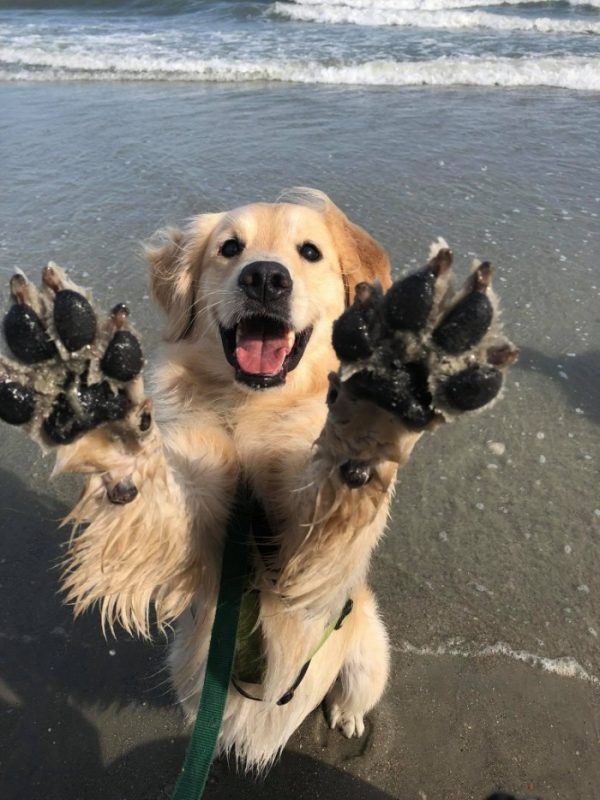 Gauge has appeared onstage with Erin before in other shows, but he has always been cast as an unnamed dog, so this is the first time he was assigned a real character to play. Erin said that there was a “bit of a learning curve” for Gauge when he began rehearsing as Toto, as he had to to learn how to enter and exit the stage on cue. He had a few missteps during the actual show, but the audience could not help but fall in love with his quirky personality. 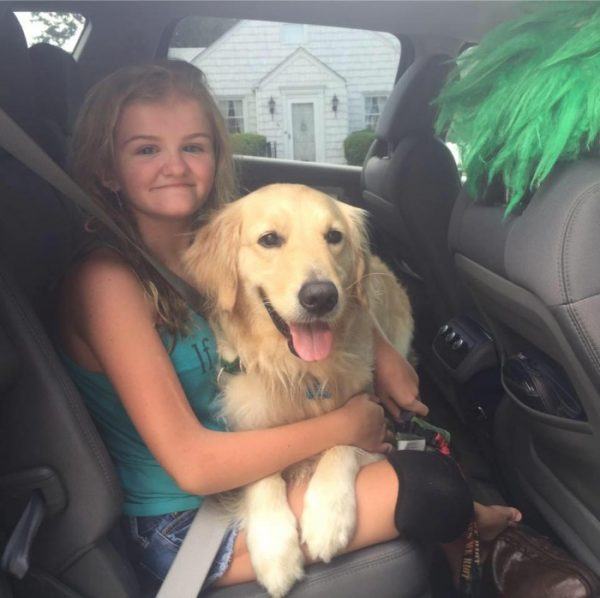 Paula Jacobs, the show’s director, said that she knew that Erin was the perfect Dorothy right away.

“Her tenacity in the face of adversity is such an important part of who Erin is as a person,” she said.  “It’s something, in combination with her sweetness and innocence, that is extremely important for someone playing the role of Dorothy.” 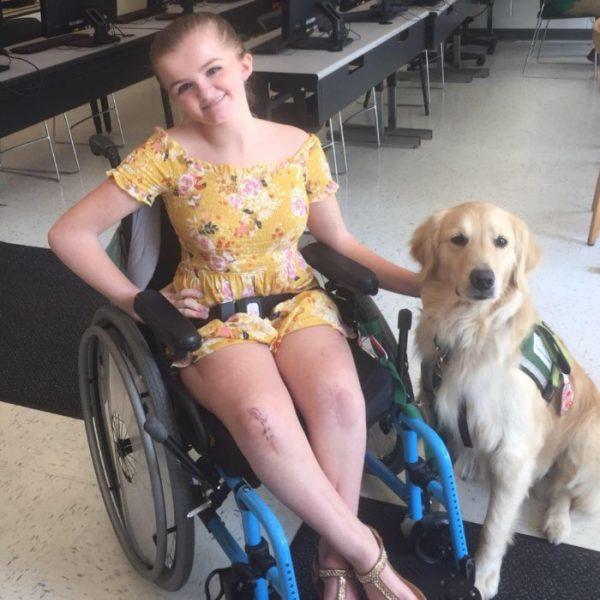 Hopefully, this is just the beginning of a long acting career for both Erin and Gauge! Find out more about this in the video below.