Tom Selleck Opens Up About His Christian Faith

Tom Selleck is known for being one of the most successful actors in Hollywood. While acting is his passion, there is another side to Selleck that he has kept private for years, and that side of him is his strong Christian faith and his life of service. 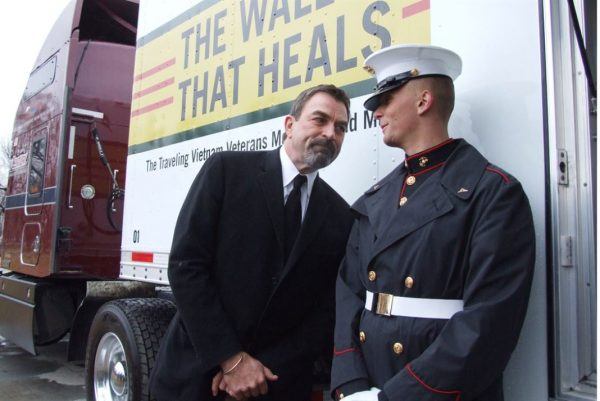 Back in 1967, Selleck was drafted into the United States Army, and he served his country for the next six years.

“I am a veteran, I’m proud of it,” Selleck said. “I was a sergeant in the U.S. Army infantry, National Guard, Vietnam era. We’re all brothers and sisters in that sense.”

After serving his country, Selleck headed to Hollywood, but he never forgot what was important to him.

“As good as this business has been to me, that’s not what life is about,” Selleck said. “Life is about more important things. You know, we’ve all struggled as we get successful in this business to balance that, I certainly have.”

As Selleck’s career took off, he continued to have a strong faith in God.

“A man’s heart plans his way, but the lord directs his steps,” Selleck said. “Humble yourselves, therefore, under God’s mighty hand, that he may lift you up in due time.”

“I try very hard to conduct myself in an ethical way, because that’s important to my stability now,” Selleck continued. “We’re a culture that’s so centered on the individual. The culture says that basically nothing is more important than the way you feel.”

“We’re living in an age that celebrates unchecked impulses,” he added “I work with exceptional kids, gang kids, deprived kids, enriched kids and they all have an astounding sense of entitlement. They don’t celebrate earning the privilege of driving at 16. They expect a car. There’s a big difference.”

We applaud Selleck for using his platform to encourage others to serve their country and have faith in God. We need more stars in Hollywood like him!