These days, it often seems like the only stories about police officers that are reported in the news are negative ones. That’s why it’s so refreshing that a story is going viral this week about a cop who went above and beyond to do something kind for an elderly woman who lost her cat.

The elderly woman was living alone in Rome, Georgia with her two pets when she lost one of her cats, so she called the police. Though the woman was very upset during her 911 call, the dispatcher calmly soothed her and connected her to an officer who could help.

“I’m 61 years old. I don’t have any family at all, except these two cats and I really don’t know what happened to this one,” the older woman said through tears. “But I don’t know who to call. I’m sorry. You guys don’t have to come and check on me. I’m okay.”

The pain and helplessness in her voice is heartbreaking to listen to, but the dispatcher let her know that an officer was on his way. This cop was Officer Dylan Wright, who rushed to her home, and when he got there, he was saddened to see that the woman had found her pet dead.

The tearful woman told the officer that she had no idea what had happened to her cat and that she did not know what to do about it. Wright knew he had to help her, so he headed to Walmart and bought a shovel for the cat’s burial with his own money. He then returned to the elderly woman’s home, dug a hole in her backyard, and buried the cat. 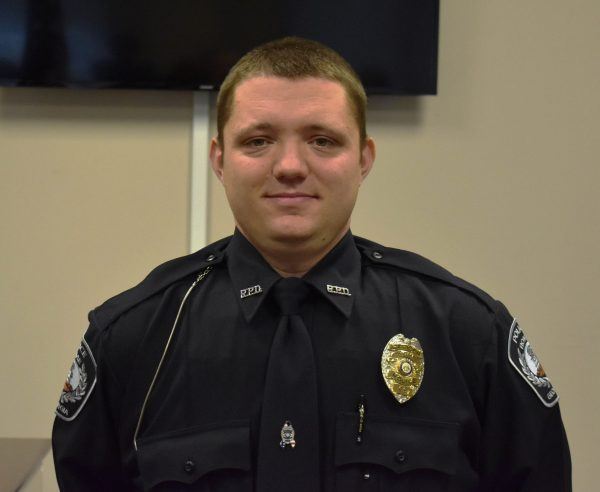 This incident serves as a reminder of how kind and generous police officers in this country really are. They choose to become cops so that they can protect and serve their communities in any way they can, and they are willing to go above and beyond to do so.

God bless Officer Wright for taking the time to help this woman in need. Find out more about what happened in the video below.