Disney World is a magical place that families flock to from all over the globe. Justin Gigliello recently brought his family to the Orlando, Florida location and they stayed at the Grand Floridian Resort. There, Justin and his 6 year-old daughter Lyla were caught on camera doing something that has made them viral stars!

The family was heading to lunch when they noticed a tuxedo-clad pianist playing a baby grand piano in the hotel lobby. Justin and Lyla started dancing to the music, and when the pianist finished, the little girl approached him with a request. 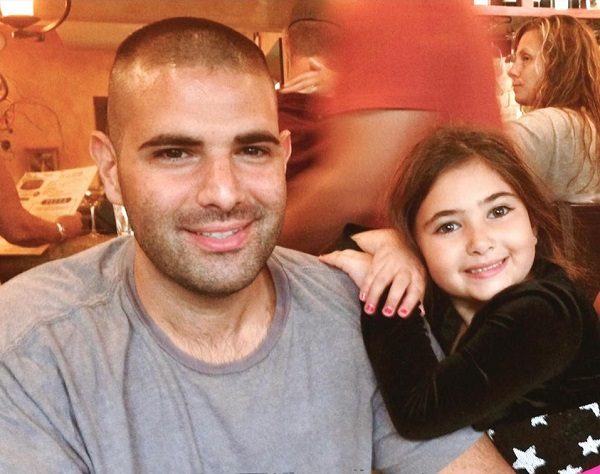 “He finished his song and she said, ‘My daddy plays piano,’” Justin recalled. “I said, ‘I sing more.’”

Justin was being modest when he said this, as he is a classically trained opera singer who graduated from the Boston Conservatory with a degree in voice performance. Back in Connecticut, he runs an underwriting business with his wife Lauren and teaches piano lessons on the side while also finding time to volunteer with his local fire department. 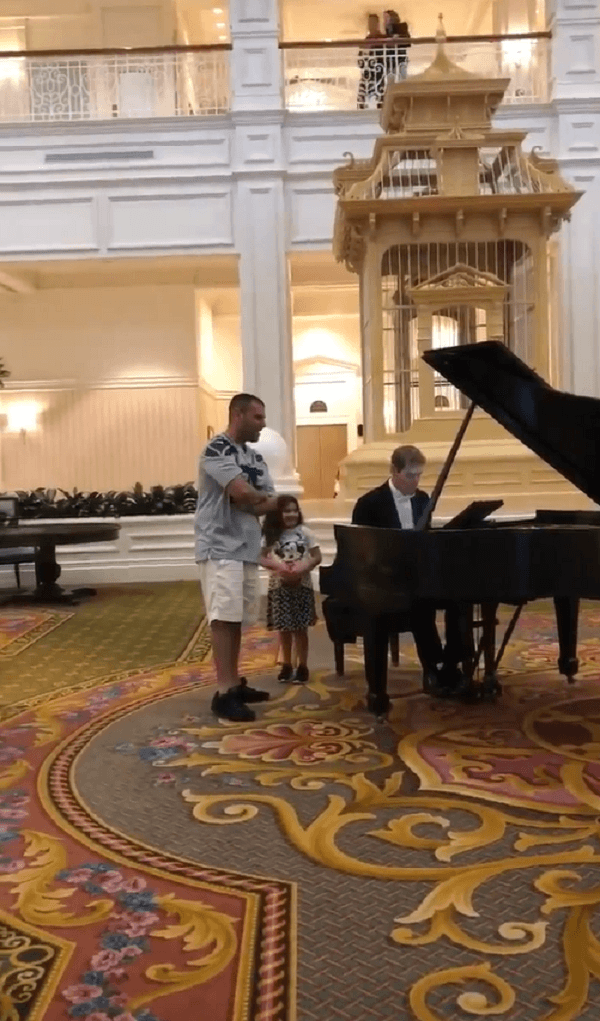 In the video below this story, you’ll see Justin give an absolutely beautiful performance of “Ave Maria” right in the hotel lobby! His voice was so beautiful that onlookers could not help but stop what they were doing and listen. 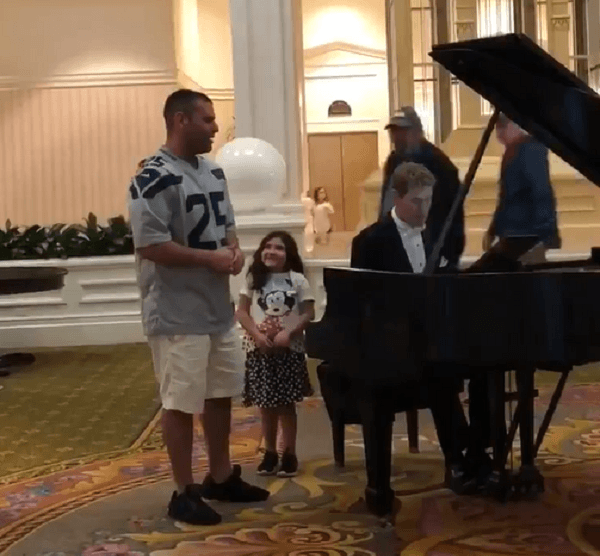 As he sang, Lyla stood next to her dad looking up at him adoringly.

“I really like him singing that song,” Lyla later said. “He sang it out loud and almost everyone took a video of him.” 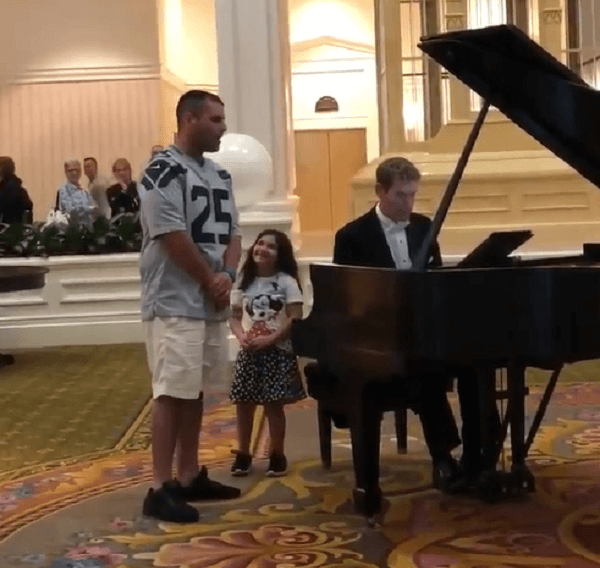 Justin uploaded the video to social media, never thinking that it would go viral!

“People started stopping and at the end just hearing the applause and I just couldn’t believe it,” he said. “It’s because of Lyla. Lyla made this happen. It was all her.”

Check out his performance for yourself below!

Hi all,
We just went to disney world last week and my daughter asked the pianist at the Grand Floridian if I could sing while he played. This is me singing Ave Maria. I hope you enjoy! @WDWToday @DisneyInterns @DisneyD23 @disneyauditions @Disney @TheDailyDisney @disneyparksjobs pic.twitter.com/IGj1ao01Ut