Check Out America’s Only Salt And Pepper Shaker Museum

The Salt and Pepper Shaker Museum is the only museum of it’s kind in the United States, and it’s located in a strip mall in Gatlinburg, Tennessee. Believe it or not, the museum houses over 20,000 salt and pepper shakers, each of which tells a story about some aspect of history in carefully-curated categories.

The museum was opened back in 2002 by archaeologist Andrea Ludden, who believes that since salt and pepper shakers can be found in pretty much every home, they say quite a lot about different times and places.

“Our mother was adamant about showcasing how you can trace history in salt and pepper shakers,” said her daughter Andrea, who runs the museum with her brother, Alex. “She loved the idea of telling a story through them.”

The elder Andrea had such a large collection of salt and pepper shakers that in 2010, she opened a second Salt & Pepper Shaker Museum (with another 20,000 shakers!) in Spain.

Here are some of the different categories of salt shakers that can be found in the museum: 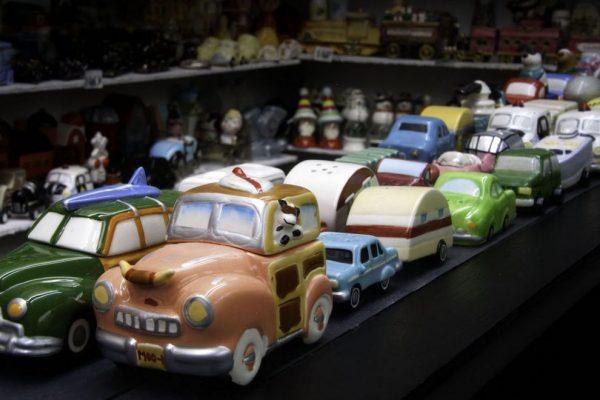 “In today’s world, we live more hours in our cars than almost anywhere else, so here is a tribute to the traffic jam!

“Souvenir salt and pepper shakers became all the rage in the 1950s, with families taking road trips and cross-country vacations. You can see the Airstream-like trailers they would travel in to the National Parks, exotic places like Florida or out west to California on Route 66. All of these very iconic places are represented in salt and pepper shakers, which they brought home as mementos of their trips.” 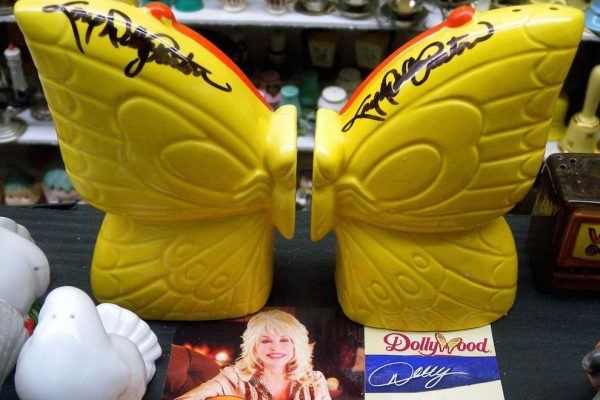 “Dolly Parton is our hometown girl and, of course, we want to pay homage to her.

“Her song, ‘Love is Like a Butterfly,’ from the 1974 album of the same name, was a big hit. But Dolly’s fascination with butterflies started much earlier, as she explained in a recent interview: ‘Butterflies are my symbol. As a child, I used to get lost chasing them and got my butt whipped for wandering too far off.’  This butterfly set is also from the ’70s as you can tell by the size and colors.” 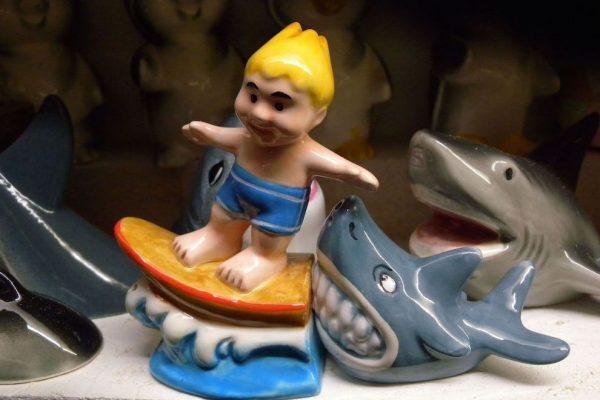 “Not too long ago, magnets were introduced to salt and pepper shakers. Here is a great example, with the surfer magnetized to the shark. This set is pretty recent, and it shows how our society thinks about sharks – it’s attacking a surfer, which we seem to hear about in the news a lot more over the past 10 years or so.

“However, just behind it, you’ll see a shark jumping out with its mouth open. This is the image most people remember from the movie Jaws, which came out in 1975. So the shakers show how our portrayal of sharks have changed over time. What will be next – a shark shaker with a tornado?!” 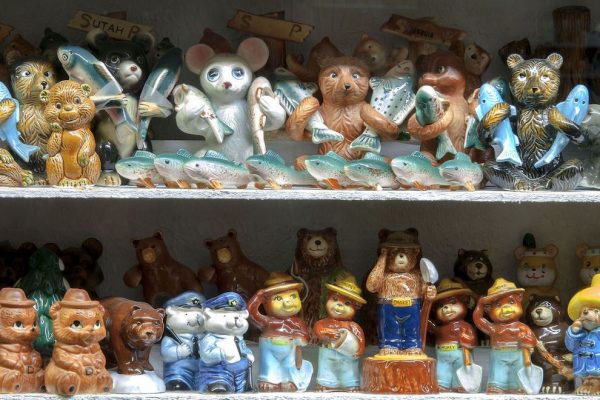 “There are lots of bears in this region, and one of the most famous bears of all time is, of course, Smokey. He came out with his slogan, ‘Remember… Only YOU Can Prevent Forest Fires’ in 1944 and these shakers are from the ‘50s.” 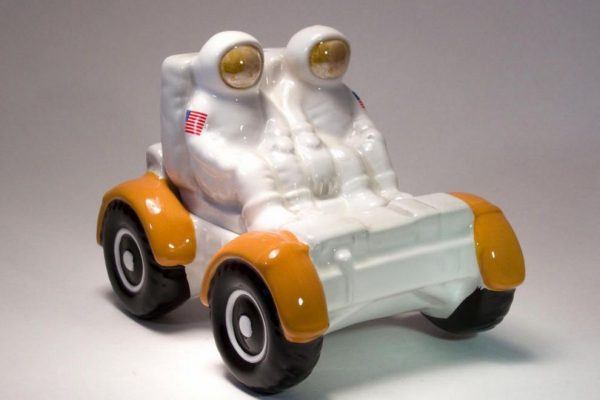 “We have shakers representing so many important people and events in history, from The Beatles to Lucy and Ethel to a copy of the salt and pepper shaker cufflinks worn by Princess Diana.

“Here’s a great representation of the Apollo 15 Lunar Roving Vehicle on the moon in 1971. I can’t wait to see what we’ll be adding in years to come.”

Find out more about this amazing museum in the video below!