Officer Jody Thompson has seen a lot of terrible things during his years on the force. Though he tries not to let all the negativity get to him, sometimes he can’t help but take his work home with him. Jody found himself in one of these situations back in 2015, when he responded to a call that ended up changing his life forever.

Jody was sent to a home in Poteau, Oklahoma to respond to a child abuse call. 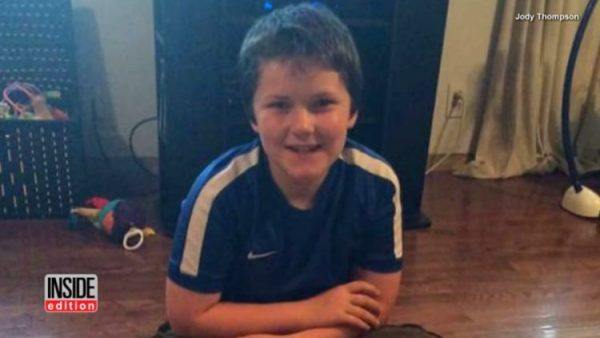 As a father of three children, Jody always had a hard time dealing with calls of child abuse. When he arrived at the home, he found an 8 year-old boy who was badly beaten cowering in fear. The boy had been bound with rope and shoved into a trashcan, and the officer’s heart broke for the child.

Jody immediately felt connected to the child, whose name was John, and he vowed to not leave the boy’s side. He kept this promise as John spent weeks recovering in the ICU, and when the boy finally recovered enough to leave the hospital, Jody and his wife decided to adopt him!

Two years later, John is a straight A student who is excelling at life in numerous ways. After adopting John, Jody and his wife learned that the boy’s birth mother had given birth to another baby girl when she was in prison, and they chose to adopt this baby as well!

Jody is now being hailed as a hero for all that he has done for John and his sister. Find out more about this in the video below!