These days, it often seems like only negative stories about police officers are reported in the mainstream media. That’s why it’s so nice that a story is going viral that serves as a reminder that on the whole, police officers are kind people who want to go above and beyond to help members of their communities.

Officer Brandon Sheffert was out on patrol one night when he came upon an odd sight.

“We were just driving around patrolling, and we noticed this kid who was sprinting down 85th Avenue,” he said. “We were kind like, ‘this is odd. Nobody sprints like that, so let’s stop this kid.'” 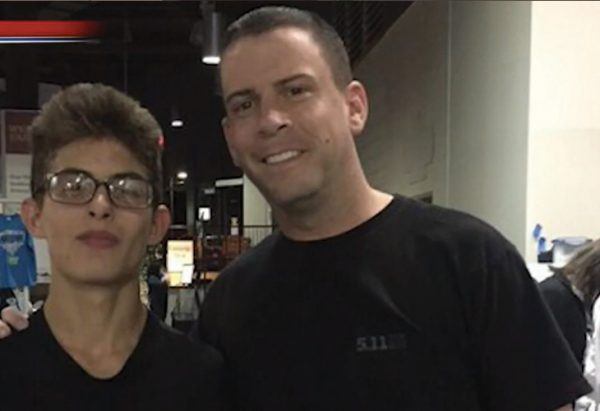 The kid was 16 year old Anthony Schultz, who was out on a jog that night. Neither Brandon nor Anthony knew that their lives were about to change forever.

Brandon let Anthony go home, but he decided that he would keep an eye on the apartment complex where he lived because he could not shake the feeling that the boy needed his help. Whenever he was in the area, Brandon would stop by to check on Anthony and make sure he was staying out of trouble. 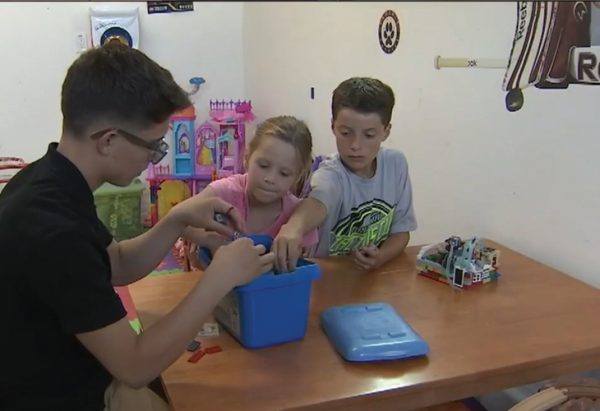 Brandon soon learned that Anthony was living with a family of seven in a one-bedroom apartment. Wanting to help the young man, Brandon became his official mentor through the YMCA Reach and Rise program, and Anthony’s life immediately started to change.

The two continued to grow closer until Anthony’s mother called Brandon one night asking him to take her son for good. By that point, Brandon and his wife had already made the decision that they wanted to take Anthony in.

“We have taken him in as one of our own,” Brandon said. “Even my kids say he’s their big brother, and they love it.”

Anthony stayed with the Sheffert family until he graduated high school, and he now has a bright future ahead of him! This just goes to show how one person’s kindness can change someone’s life forever!