Billy Joel is known as one of the most popular singer songwriters of all time, and he has been adored by fans for decades, ever since his career started in the 1960s.

During a recent performance at Madison Square Garden in New York City, Joel was joined onstage by a very special guest who quickly melted his audience’s hearts. This guest was his 3 year-old daughter Della Reese, who took the stage wearing an adorable little outfit to join her dad for a performance of his song “Don’t Ask Me Why.” 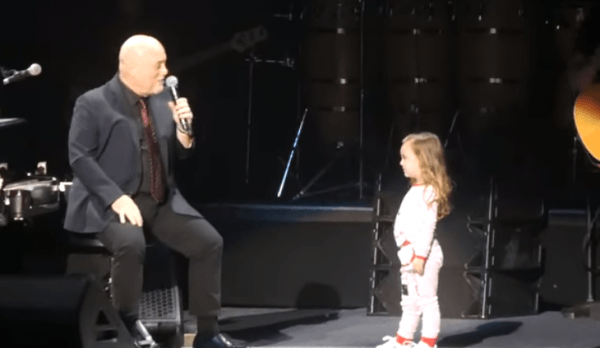 Della Reese was so overwhelmed by the crowd that she was not able to sing any of the song’s lyrics. Instead, she started tapping her feet to the beat of the song as she held the mic and quickly stole the heart of every fan in the audience! 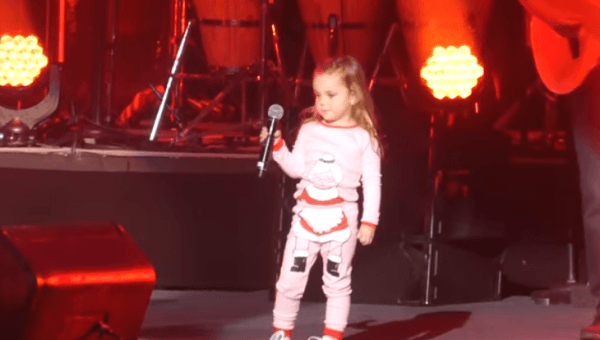 Fans of Joel know that Della Reese knows this song well, as he has previously posted a video of her singing it with him. At 3 years-old, however, she can be forgiven for being nervous in front of the crowd!

Later on, Joel’s older daughter Alexa Ray Joel joined him onstage to perform “Have Yourself A Merry Little Christmas.” 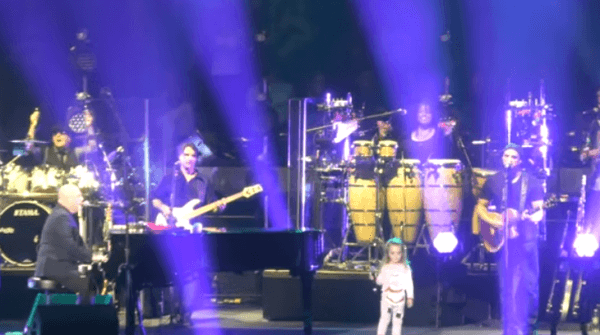 Della Reese is Joel’s daughter with his current wife Alexis Roderick, an established equestrian, while Alexis is his daughter with ex-wife Christie Brinkley. Though they have different mothers, the two sisters share a very tight bond.

It’s so nice to see that Joel is exposing Della Reese to music at such a young age! Watch the adorable video for yourself below.