Stacie Barlow is a 43 year-old mother of seven who also suffers from Parkinson’s disease. Last week, something disturbing happened to Stacie when she parked in a handicap space at her local Walmart in Levittown, Pennsylvania.

When Stacie returned to her car with her 7 year-old daughter, she was stunned to find a nasty note written on a napkin. The shocking note read, “You are not disabled PIG!” 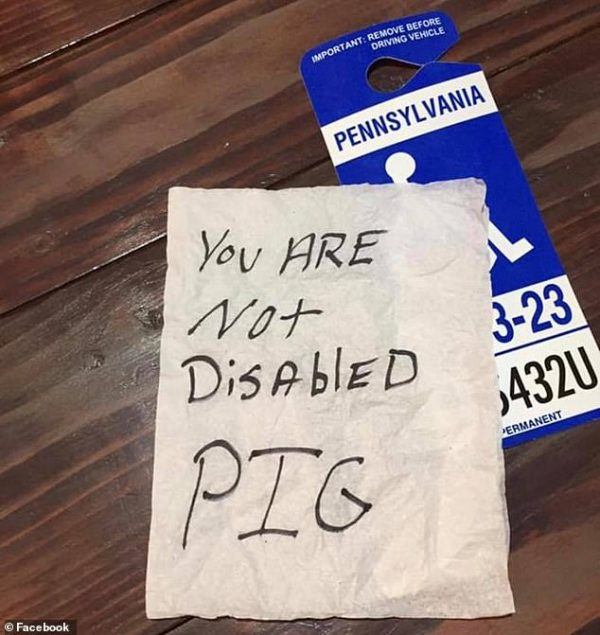 It was only when Stacie got home that she discovered that her car had also been keyed.

Stacie, who had a handicap hangtag on her car when this happened, revealed that just a few weeks earlier, her fiancé had to come rescue her when her legs cramped up while she was shopping, leaving her unable to walk.

Though she was saddened by the note, Stacie was touched by all the support she received afterwards.

“I got so many private messages from people offering to stay with my car, take me to the store, so it was really nice,” she said. 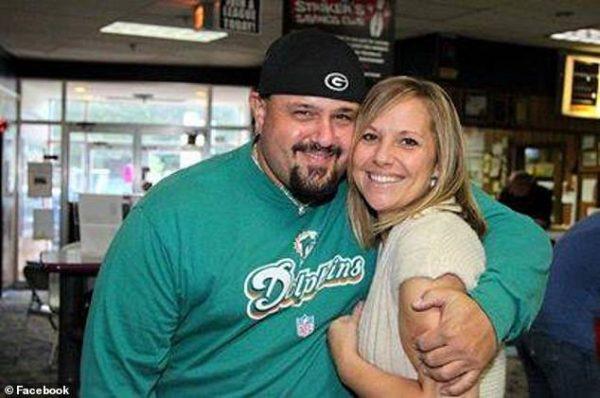 One of the notes Stacie received was from her daughter Ryleigh, who wrote “Love you so much.”

“She got a mean note and I wanted to make her feel better by giving her a nice note,” Ryleigh explained. 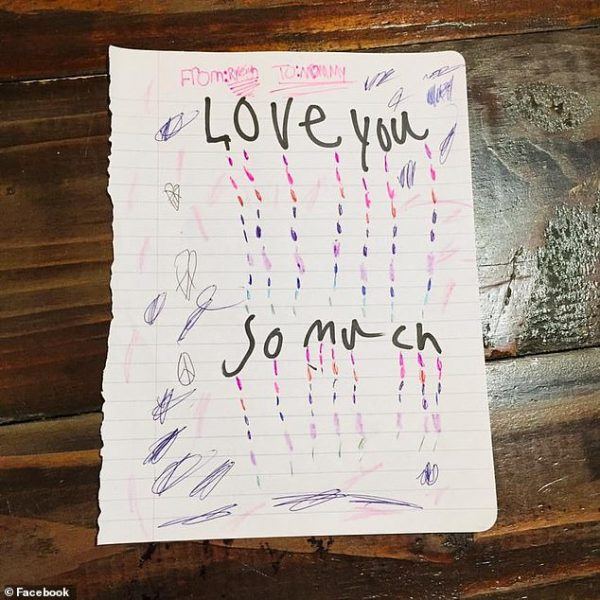 Police managed to catch the person who wrote the note on surveillance camera, and they are still trying to identify the person at this time. Stacie is hoping that her story will serve as a reminder to others to not be so quick to judge!