Dr. Ruth, 90, Has Huge Smile On Her Face As She Meets Fans At Sundance

Dr. Ruth Weistheimer, 90, showed up at the Sundance Film Festival last Thursday looking to be in good spirits the night before the premiere of the new documentary Ask Dr. Ruth.

The renowned sex therapist had a big smile on her face as she signed autographs for her adoring fans while being pushed around in a wheelchair.

Dr. Ruth could be seen wearing a light blue blouse under a dark blue vest with a red scarf wrapped around her neck to stay warm in the frigid temperatures. She could be seen signing autographs with a blue sharpie marker as she made her way through the festival. She appeared lively and full of enthusiasm while greeted by her fans.

Directed by Ryan White, Ask Dr. Ruth tells the story of the decades-long career of the German-born sex therapist. Dr. Ruth was only 8 years-old when she was sent to a Swiss orphanage after her parents were taken by the Nazis. She never saw her parents again, as they both died in the Holocaust.

Dr. Ruth began studying sexuality after emigrating to the United States in 1956, but it wasn’t until 1980 when her media career began at the age of 52. It was then that she began hosting a local radio show “Sexually Speaking,” which became syndicated nationally in 1984 as “The Dr. Ruth Show.” She also hosted various television shows throughout the 1980s, such as “Good Sex with Dr. Ruth Westheimer” and “Ask Dr. Ruth,” making her a household name. 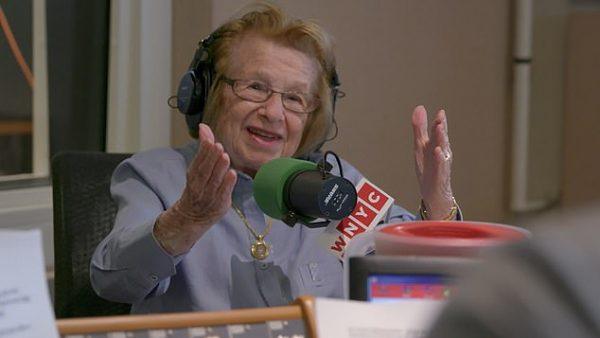 She has written over 40 books about human sexuality, with her latest “Roller Coaster Grandma: The Amazing Story of Dr. Ruth” coming out last year.

Check out the trailer for Ask Dr. Ruth below!