A heartwarming video is going viral this week showing the moment a baby girl hears her sister’s voice for the first time when she is fitted with hearing aids.

Shot at the Atlanta Hearing Associates in Milledgeville, Georgia, the video features a baby girl named Scarlet, who was born three months early. The first thing Scarlet hears is her older sister Halie saying hello, and she immediately bursts out laughing! 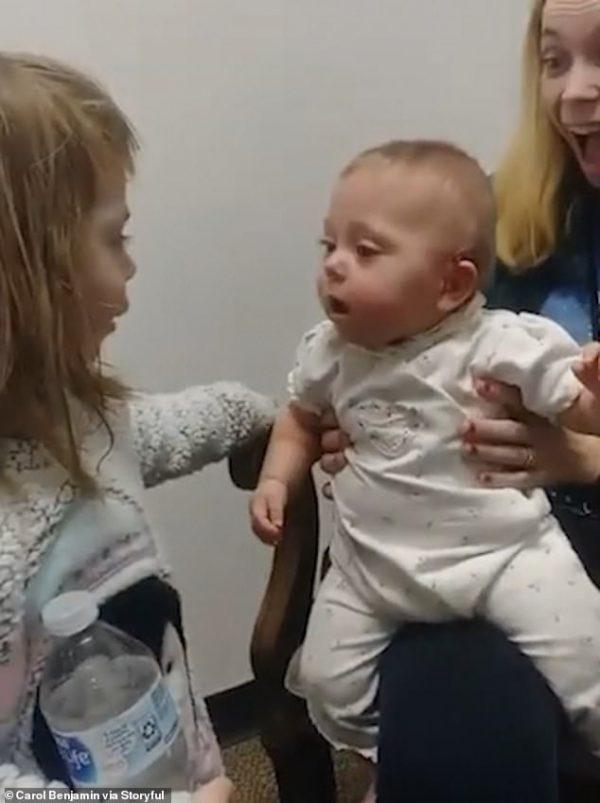 Scarlet then flashes a huge smile when she turns around upon hearing her mother’s voice behind her. She continues to burst out laughing at times as both her mother and sister speak to her.

Carol Benjamin, Scarlet’s mother, put her hand to her mouth and then started to cry as she saw how her little girl was reacting to hearing for the first time. 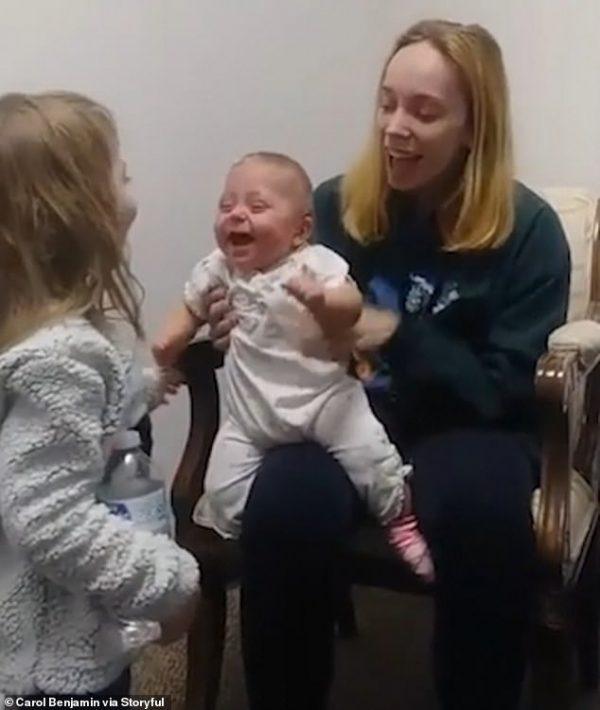 Right after she was born, Scarlet developed an intestinal problem and the antibiotic treatment for it impaired her hearing. Carol explained that she had thought Scarlet’s hearing was good until she saw her reaction to the hearing aids, which is when the mother realized just how bad her hearing had been. 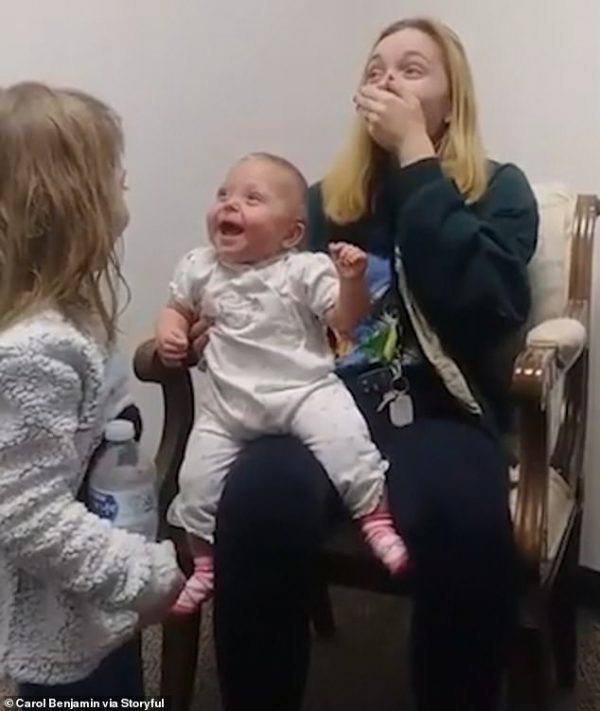 Video of Scarlet’s reaction has quickly gone viral, touching the hearts of people all over the world.

“Omg brought tears to my eyes, beautiful wonderful moment,” one social media user wrote, with another adding, “Only a baby can laugh like that. Such a beautiful sound.”

Videos like this remind us to never take for granted something like hearing, which not everyone is blessed enough to be able to experience. We’re glad technology has come far enough to give people like Scarlet the gift of hearing!